Could Dante Fabbro be a fit for the Vancouver Canucks? 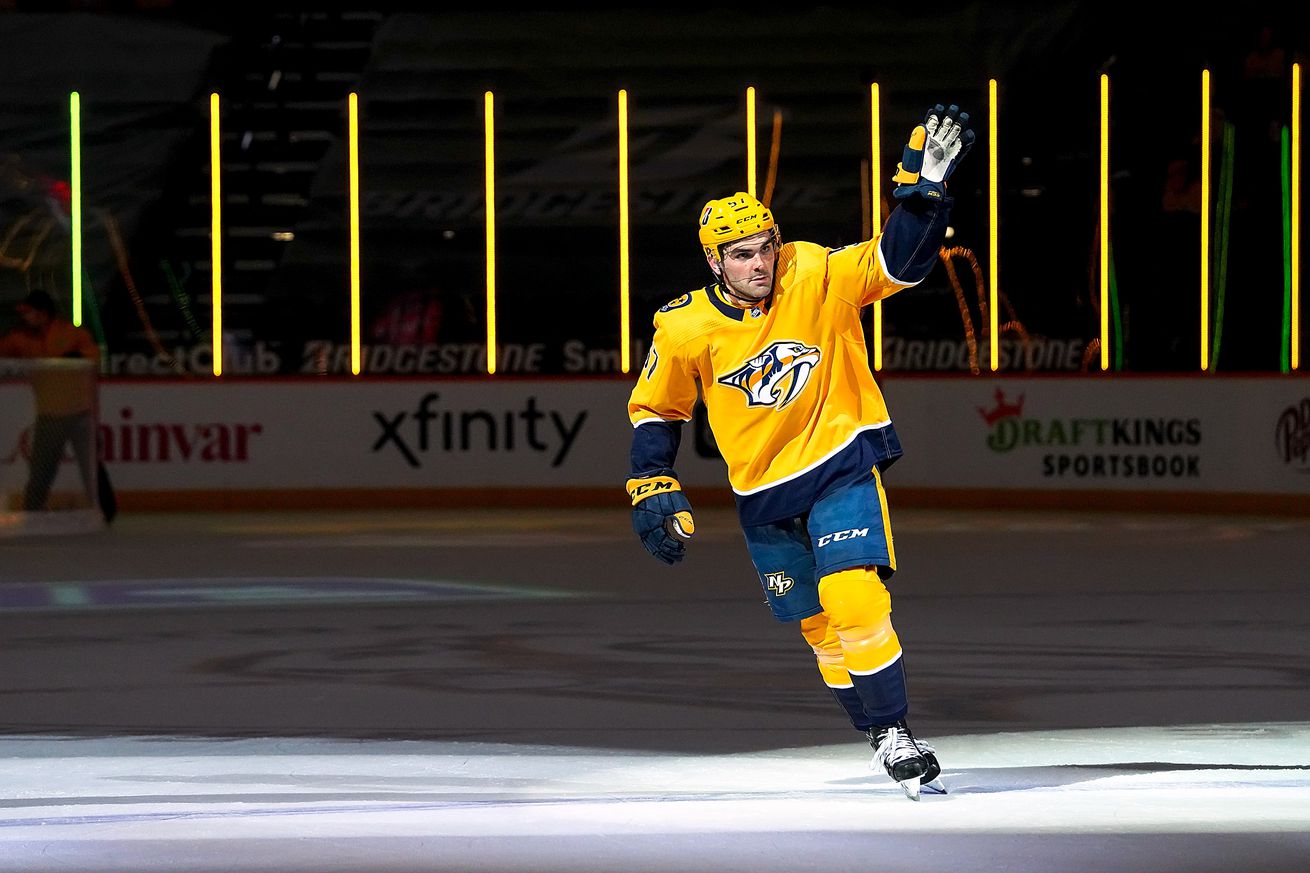 Dante Fabbro #57 of the Nashville Predators waves to fans as first star of the game after a 3-2 win against the Detroit Red Wings at Bridgestone Arena on February 11, 2021 in Nashville, Tennessee. | Photo by John Russell/NHLI via Getty Images

With rumours of Nashville looking to make moves, the Coquitlam native could be available but the price would be steep — if you try to trade for him now.

Elliotte Friedman on the Saturday Headlines segment of Hockey Night in Canada reported that the struggling Nashville Predators are ready to shake it up with the only untouchables being Roman Josi, Ryan Ellis, and Pekka Rinne.

That piqued my interest about the availability of Dante Fabbro. The 17th pick in the 2016 draft has six points in 17 games played this season, 18 in 85 career games played. Could he be acquired by the Vancouver Canucks, would they want to, and what would the price be? 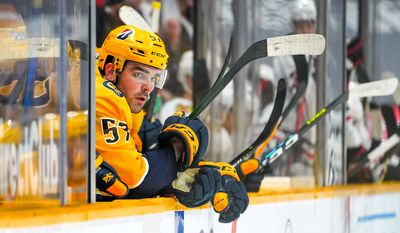 Photo by John Russell/NHLI via Getty Images
Dante Fabbro #57 of the Nashville Predators watch play against the Chicago Blackhawks at Bridgestone Arena on January 26, 2021 in Nashville, Tennessee.

Let’s start off with the first part. Yes, the Canucks could acquire Fabbro if you’re to believe what Friedman reports. Nashville’s prospect defencemen David Farrance is having a great senior season in college — the 2017 third-round pick has 14 points in six games and is poised to take the next step at the NHL level. The Predators are struggling in the standings and a shake-up could be on the cards. They look like a team that is waiting for the other shoe to drop (where have we heard that one before). If you can get a prospect and a decent pick for Fabbro, you might have to consider it if you’re the Predators.

Finances could be a factor, something that should never be glanced over in the current climate. Fabbro is an RFA after this season and is due for a pay raise.

For the Canucks the fit is simple — he’s a young right-shot defenceman who could slot into the top four now or in the future. It’s a glaring hole for this team at the moment, as they currently have no right shot defencemen in their top four. In fact, their top right shot defencemen currently in the lineup is Tyler Myers, which isn’t necessarily the best look in the long term. Fabbro is currently hanging around just under 50% in expected goals-for percentage, high danger chance percentage, and is even at scoring chance for percentage. He’s suffered from a low on-ice shooting percentage, which can improve in the future.

Now to the price. You’re not going to be able to get him at the moment for a bunch of magic beans — some sort of package that includes Virtanen, Gaudette and a 2nd isn’t going to cut it. The Vancouver Canucks are going to have to offer up a decent prospect in return, someone like Vasili Podkolzin and maybe a swap of draft picks. That alone would be a non-starter for a lot of people reading this, but it’s a likely starting point. Potential right shot top-four defencemen are becoming increasingly hard to acquire outside of drafting them. 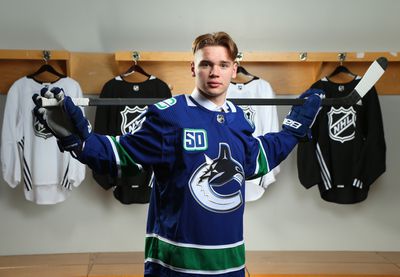 But there’s also another opportunity to try and acquire him — the upcoming Seattle expansion draft. With Nashville likely to protect Roman Josi, Ryan Ellis, and Mattias Ekholm, Dante Fabbro will be unprotected and not exempt since he is a third-year player. The Canucks have an open slot to protect a defenceman since Quinn Hughes is exempt. Could you maybe convince Nashville to trade Fabbro for a draft pick instead of losing him for nothing? If they decide to go the seven forward, three defencemen, and a goalie route then it’s possible. However, if they go for the eight-skater route then it’s not likely.

The need for a young top four, right-shot defencemen is one of the glaring needs of this team going forward. Dante Fabbro would be a good addition to remedy this, but the cost might be a bit too steep for the Canucks at this point in this team’s cycle. The only realistic hope is to try and leverage Nashville before the expansion draft.

The Importance of Regular HVAC Maintenance

Could Dante Fabbro be a fit for the Vancouver Canucks?