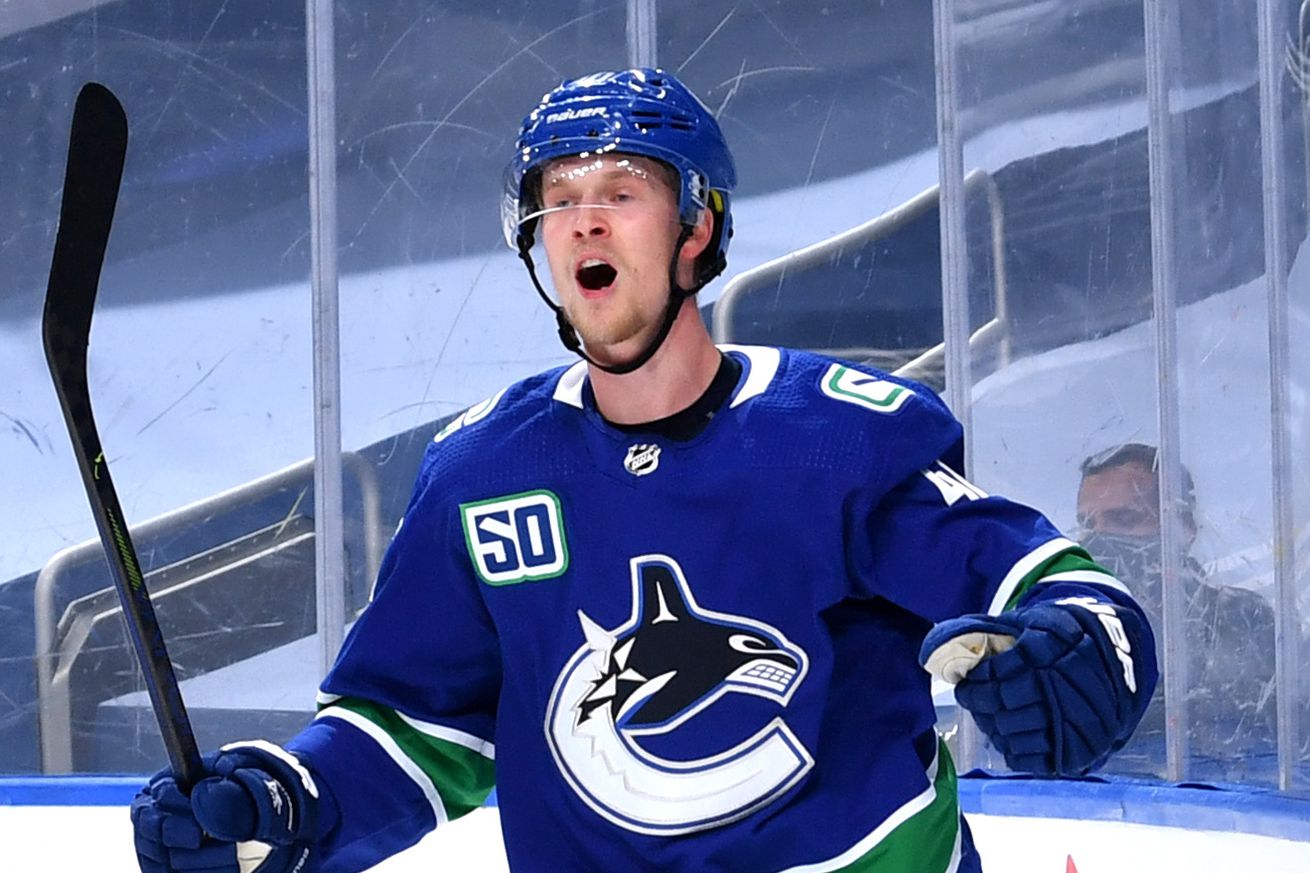 Elias Pettersson #40 of the Vancouver Canucks celebrates his goal against the St. Louis Blues during the second period of Game Three of the Western Conference First Round of the 2020 NHL Stanley Cup Playoff at Rogers Place on August 16, 2020 in Edmonton, Alberta. | Photo by Andy Devlin/NHLI via Getty Images

What an absolute Godsend.

Seriously, where would this franchise be without this game-changing, dynamic, incredible 200-foot player who once again, is only 21 years old.

I don’t want to say this was Pettersson’s coming out party — I think that was when he scored 10 goals in his first 10 games — but his standout playoff performance cemented the fact that he’s one of the best players in the game today.

Why Server-Side Input Validation Matt…
ETH Hikes up While BITCOIN Trapped in…
Review: A Torch Against the Night by …
Playtonic Announce 2.5D Yooka-Laylee …
Recapping the Second Round of The Sta…

There are so many stats you can point to that tells you just how dominant Pettersson was in these playoffs.

Gretzky comparisons are a nice place to start.

Continuing his highly impressive 2020 postseason display tonight, Elias Pettersson's game winner for the @Canucks in Gm5 has him now tied for 7th on this list of notable young centres' performances during a successful postseason run for their teams pic.twitter.com/nZQDeZaaA6

Pettersson’s numbers are also right up there among the best in franchise history as well (boy, has it been a sad 50 years for the Canucks). His 18 playoff points are 8th best all-time. His four power play goals were also tied for second-best all-time, with Greg Adams (‘92-93), Trevor Linden (‘93-94), and Daniel Sedin (‘10-11) tied for the record with five.

Where do we start...how about that aforementioned power play where Pettersson spearheaded a unit that absolutely obliterated the Minnesota Wild and the St. Louis Blues.

Also, can we point out Pettersson’s big balls as being a strength?

So many storylines coming out of #Canucks #VegasBorn Game 7.

My mind keeps going back to this chance by Elias Pettersson.

The courage he has to make plays with the puck is nothing short of spectacular. pic.twitter.com/nUn7CaeCoF

The guy is not afraid to get creative with the puck, with is a huge asset to his game. It’s one of the main reasons why he’s such a clutch performer.

Pettersson scored three goals in four games against Vegas in Round Two. Unsurprisingly, the Canucks went 1-4 when Pettersson didn’t record a point. Three of those losses were shutouts.

The last thing that needs to be pointed out is his work on the back-check. He’s already such a strong 200-foot player, and he’s able to use his speed to make up for mistakes whenever things go astray in the offensive zone.

Jokes aside, it is pretty hard to find a weakness in his game. If there’s one thing you’d like him to improve on, it’s finding ways to get the puck of of his own zone.

This is completely unfair to single out Pettersson for this — he has the best shot attempt differential on the team at 47.3% — but you’d like to see a player as talented as Pettersson spend less time in his own zone.

Against a team like Vegas who dominated possession, Pettersson’s line often found themselves hemmed the defensive zone. That’s not all on Pettersson, but it’s difficult for the Canucks to win games when their best player is forced to play defence most of the night.

So many to choose from. His falling down slot snipe against Jordan Binnington was legendary.

Or, if you’re into the savagery of hockey, you might choose this moment.

Ryan Hartman shaken up after this encounter with Pettersson. pic.twitter.com/07iIBDsMBY

How about this play to set up Jake Virtanen’s first career playoff goal as well?

Elias Pettersson was so silky smooth setting that goal up pic.twitter.com/8vzFG3srWx

Still, I think his deke on Robin Lehner has to stand as the best moment.

How y'all feeling after this Elias Pettersson (@_EPettersson)
goal? GIFs only. #StanleyCup

Overall Grade: A+ with an extra slice of “keep doing this for the next 20 years in Vancouver please.”