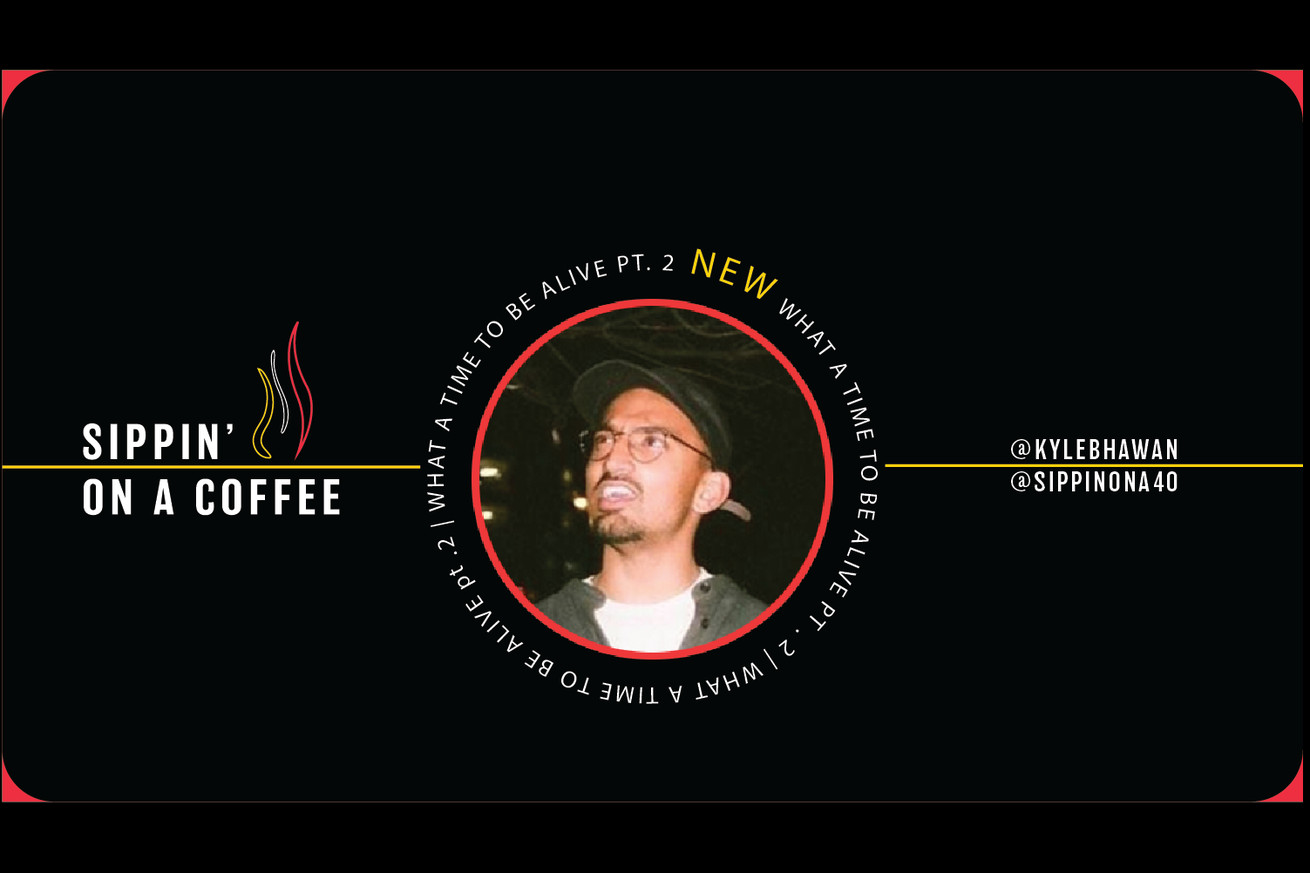 Disappointing week in my city

How are you doing? @kylebhawan sincerely hope all is well.

It’s been a while since black coffee and this blogitorial got together for, well coffee and Yeah damn right there's an abundance to banter about.

If only the writer of this was smart enough to make sense of it.

It is what is is.

Let Anson Carter get that introduction.

Transcription of what Anson Carter said on the Fan 590 earlier today about not getting a deal done with the Canucks: pic.twitter.com/HvNDTs37Ru

Reminder, Anson Carter did have elite hockey hair throughout his career.

On this week's #DrinkswithBinks, former NHLer @AnsonCarterLA tells me about the time a GM asked him to cut his dreadlocks: "You talk about hockey, you talk about the flow and hockey hair... I laughed, you can trade me but I'm not cutting my hair." #BlackLivesMatter pic.twitter.com/oIH9QnTNSN

This has been an absurd work week in the city of Vancouver.

First, we must bring up the belief some of you from the couve’ choose to ahh man I can't even say it.

Did I really see some burp out that Henrik and Daniel aren't first ballot Hockey Hall Of Famers. And no, there won’t be photos providing the evidence for let’s say, a cancelling of those who choose to occupy such a pathetic grip. We wouldn’t want to water those plants.

We can have the debate sure and we can also keep it relatively short. A dog does need to be walked after all. If Mats Sundin is a first ballot Hall Of Famer than yeah....

[email protected] tells @HalfordTSN @JasonBroughTSN the Sedins could be first-ballot Hall of Fame inductees next year based partly on the rarity, novelty of their games, but also says the ultimate chaos theory is Henrik getting in before Daniel does..... pic.twitter.com/4ZOw5rucvF

Did somebody say evidence?

Did I mention that this has been a disappointing work week in the city of Vancouver? Oh, I mentioned that it was absurd? Scratch that.

Scratch it to no return.

What has happened to the people who bleed blue, green, black, orange, yellow, white, navy blue, burgundy, red and that millionaire color?

Thank you Russo. That’s all we needed.

Draft Lottery's don’t do it for me anymore. The 6 year relationship resembled somewhat of an empty mirage. Nonetheless, looking back at those “times”, regrets are witnessed but do sit with the lessons.

Well, just two of the lessons. First, relationships, yes even long ones, have the ability to teach you absolutely nothing. Second, drink more coffee.

Why put 12.5 percent of your faith in a stock of chance that is infected with a 50 year old curse. That type of foolery can’t take part in this bubble of mine.

You love to see it, Canucks fans pic.twitter.com/9l75ZjKPSP

#TEAMTANK IS BACK AND STRONGER THAN EVER!!!! WHAT A GREAT MOMENT IN CANUCKS HISTORY!!

Look, more of an explanation should follow but there is this urge at the door to get a resemblance of a workout in by let’s say, 9:30 pm.

Just don’t lose to the worst team in this dance. That would do some damage.

Wouldn't it? I can't be the only one thinking this....

Listen to the latest episode of Sippin’ On A 40

I know your Canucks are not close to completing this box-less puzzle. Max Kellerman could tell you that. Why lose the ticket you don’t even have to the Fentontona Wild when pointless fear aka the impossible aka the Colorado Avalanche would be up next. Nope, that’s not what some of the city wants.

That select majority wants to lose. Which is cool. Ha-ha, so f*cking cool

What do you want #canucks fans?

Show me all of Bill Guerin's Moves

How does he do it

That or he enjoys fence walking in his free time.

You can cheer for the Canucks against the Wild and also be excited about their odds at getting the 1st overall pick if they lose.

Both things can be true at the same time

The only other option...

If let’s say this tournament doesn’t happen. You know...

It gets cancelled due to flaws and pardon my language, but an outbreak. Would you then maybe, get together for a drink?

You know what babe? I'll take you to my favorite spot.

I never want to speak to you again and this time I mean it.

Thanks for f*cking nothing,

People have asked if this means next 8 or next non-playoff 4 per conference (via points percentage). As I understand, it is the latter. https://t.co/U3lvE2KBym

Eh Kellerman, you can stay

Thank you for allowing the National Hockey League to have some air time on your television program. That was different.

Even if that enjoyment came from the game we love taking a humiliating defeat in this quest to throw Major League Boredom off of the third pedestal.

Yikes. “nobody really cares about hockey... it’s not one of the 4 major team sports” pic.twitter.com/5rD89ebx8D

That’s a message to everyone involved in showcasing what this sport can offer in the world of entertainment.

You reading this, yes you, do better.

Not to rock the boat but did Max Kellerman lie? Let’s ask ourselves why the best sport on earth isn’t more popular

If what Daniel Carcillo and another former junior player are alleging in a class-action lawsuit against the CHL are true, nothing short of a complete overhaul of the junior game in Canada is in order. WARNING: Details may disturb some readers. My blog. https://t.co/O6s8MLaJHY

That’s it for today's blogitorial.