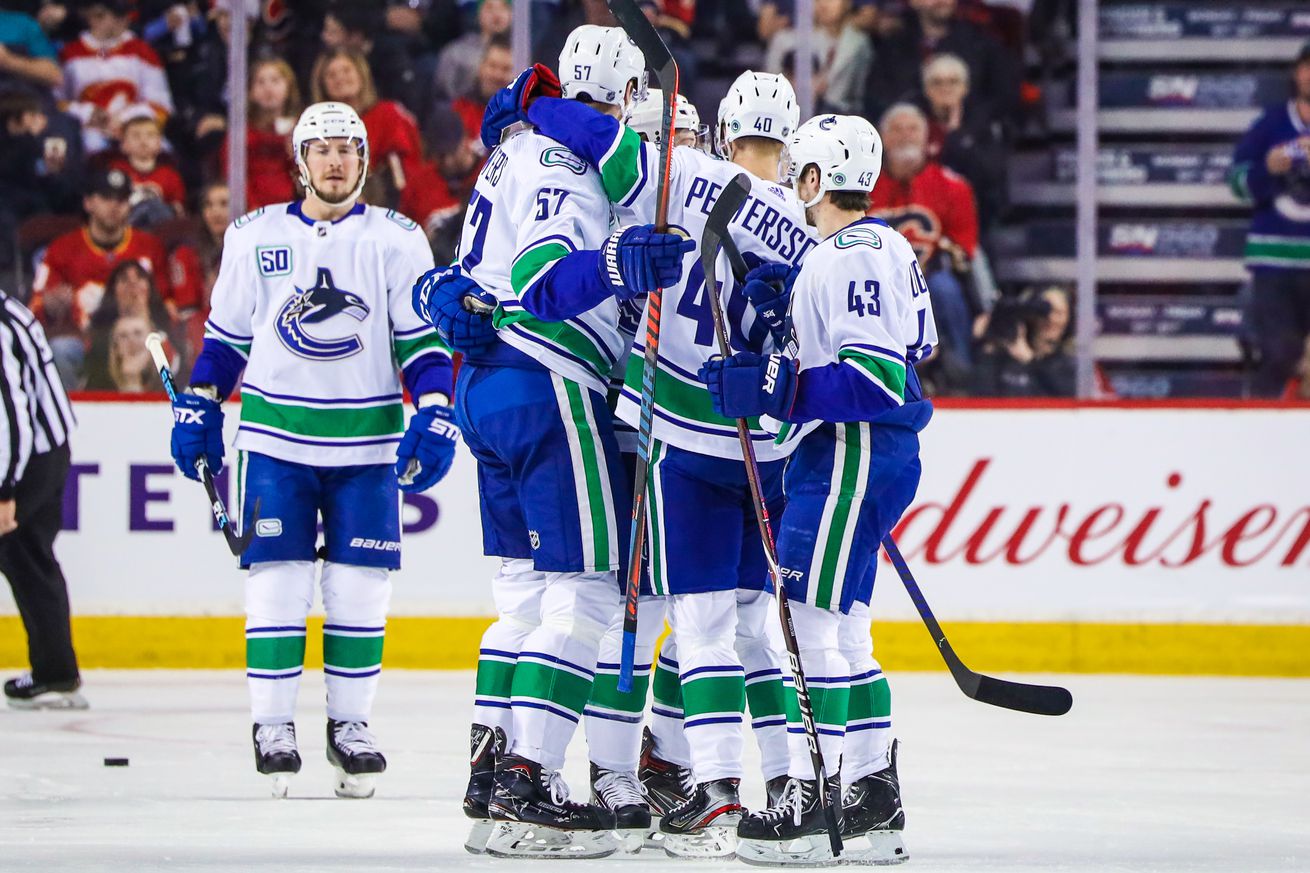 The Best WINNING Streak Ever

What a difference a day of travel makes.

But first, let’s just gawk at this: 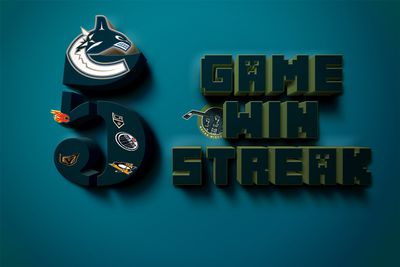 Wow! The first (maybe not last) FIVE GAME WIN STREAK of the season. What a great way to rock out 2019.

Quick Tips To Talk Yourself Down From…
I was nervous about switching therapi…
Can CBD Be Used to Fight Coronavirus …
What is Conversion Tracking? How to S…
A Comparison of the Environmental Imp…

The road Nucks, free from the pressure of free prosecco at home, this Tippet Green coached team was able to play the tireless team game for most of the game. Some say that’s because they only played 15 minutes last night because Marky played the full 60.

Whatever the reason, the Nucks started strong, finished strong and barely wobbled in the 2nd. Was it the best Nucks road game of the year? Very likely.

Let’s get on with it.

Unlike last night, tonight’s Nucks were on the puck right from the 1st faceoff. Bo was a beast in the dot, won 17 of 20. Team was 68% in the dot. Flames were beaten right at the start. They just didn’t know it. Yet.

Because the league’s highest scoring power-play in the world draws up a simple, like a fox, strategy. Shoot the puck!

Just a few minutes into the game and the Nucks have scored the 1st goal!

Again! Getting out front on the road is key.

And there’s only one thing more keyed-up than getting the 1st goal of the game.

Getting the 2nd goal. From the same sharp shooting offensive Myers!

It’s an even strength tally that even Garret would probably stop. If it hit his belly. Not a good look for Rittich, but it’s a great look for the Nucks. And that’s what counts.

You know what else counts?

Getting the 3rd goal of the game. Did Myers get that one too? No, but got the assist from Jake’s PP goal. 2nd unit keeping the league’s highest scoring PP in the Lead.

The Chronicles of Riddick - radivel

Rittich is pulled after giving up 3 goals on 7 shots. That’s not so bad. For us. In fact, the game thread, like Miller, were hoping for a Myers hattie.

Still... the game thread did their best to keep their spirits up.

The flames are just a tire fire. Complete breakaway and he goes offside. Fuckin love it.

Deked himself out there

Nucks outshot the de-Flamed 11-9 and lead 3-nothing after 1.

With the game already won in the first, the game thread turned their considerable attention to fancy cocktails long after the cocktail and tie mai tai hour.

The Nucks are leading by 3. It’s the safest lead in hockey. Not according to the game thread, but they’ve been drinking. A lot.

While the Nucks aren’t playing the full Tippet Green method, they keep some pressure on the team with the saggy-topped arena.

It’s a rougher period, with the refs calling lots of penalties. Probably not enough, but still it’s nice to know those whistles can still work this deep in the season.

Not liking their team being called for messing up over and over. Yeah flames fans, it’s the refs fault… - Twitchy

And still... the real fans know who the refs work for.

and there it is

No matter. The Nucks are just practising the 2 goal lead thing - safest lead in hockey. Outshot the offside-loving hosts, 8-9. It’s the polite visitor thing to do.

Now with the safest lead in hockey, the road Nucks are back to playing with fire.

Pearson is the sixth #Canucks 10-goal scorer so far this season pic.twitter.com/5dJfMvdDNy

first one of the year

With the safest lead in hockey restored, the Nucks are free to wear down the unFlamed some more.

At least until the last minute. When some scramble, scramble who has the puck play flourished in front of Demko. Unfortunately, Dem was caught posing - sideways. Not his best side. The Flames score.

It’s 4-2. And the other safest lead in hockey is restored.

There’s a minute left and the Flames pull Talbot. For different reasons when pulling Rittich.

This reason was to keep Myers humble by giving Pearson a couple goals too.

With but 30 seconds left in the game, the 3 goal lead really is the safest lead in hockey.

The game thread is jubilant. And probably still drinking. A lot.

But still, it’s been a great run of games in the game thread this season (not counting November and early December).

Must leave this thread properly

Have a fantastic end to your year, NMers !!

We are all part of a wonderful family here… which is filled with great personalities, great humour and great times.

I am very humbled to be welcomed into this family

My best wishes to all of you and your families !!

Since it’s a Sunday game, the highlights still have HNIC voice-marks on them. I’m sorry. The 2 Johns don’t do the internet without sportynet consent.