Liverpool will start their lunchtime kickoff against Everton behind their hosts on the table for the first time in a very long time after Everton surged to a 100% record in the premier league since the start, in fact, their best start to life in decades.

Everton, since the 1:0 win over Spurs on day one has since gone on to win every game, hitting Westbrom for five and Brighton four times.

Carlo Ancelotti has instilled a new sense of belief and Colombian playmaker, James Rodriguez has sprinkled lots of stardust on the team, giving them a different but exciting color. 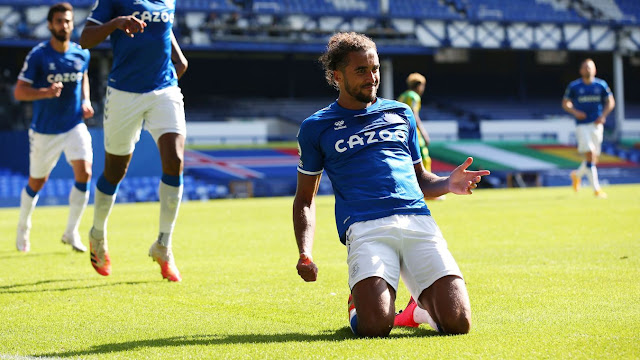 With the league title already assured, Liverpool played out a goalless draw against Everton at the tail end of last season, a day Everton would feel bitter for their missed chances especially at the death.

It’s exactly ten years now that they last won against Liverpool anywhere, and in actual fact, there’s no real local derby that has been as one sided as this one in Merseyside.

Liverpool are coming into this game on the back of an embarrassing 7-2 defeat in the hands of Aston Villa.

A result that took them completely out of the top four equation and left many asking if this Liverpool side has what it takes to defend their title, considering how unforgiving the Premier League can be.

The return of Thiago Alcantara and Sadio Mane from the COVID-19 isolation can’t be more timely.

The key battles will definitely be in the middle, Allan, Doucoure and Andre Gomes will have to be uptight and attentive.

Alcantara and Wijnaldum will want to impose themselves early and with Fabinho at the base, they must try to nullify their famous inverted triangle that will be looking to feed the trio upfront.

Diogo Jota scored twice for Portugal on Wednesday, he’ll hope to get a look in if any of the suspects is unavailable.

Verdict: Liverpool to win or draw