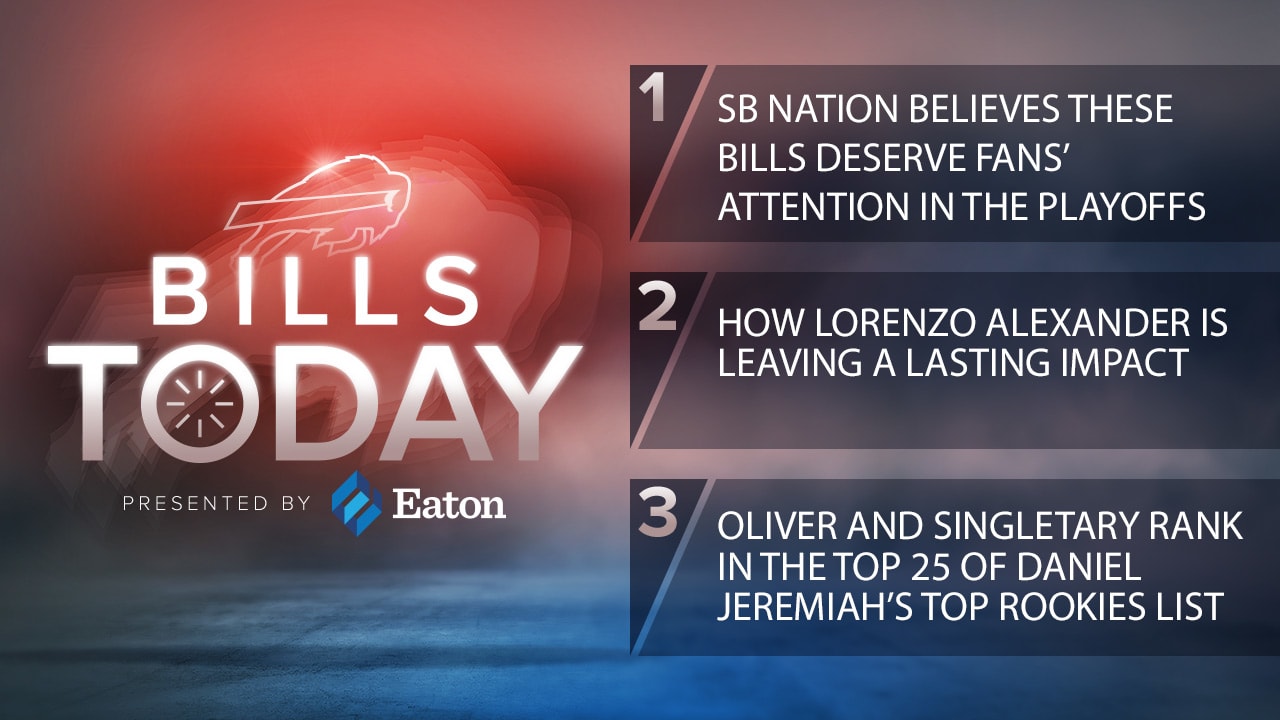 SB Nation released their list of 25 players who most deserve attention in the tournament to Super Bowl 54.

Defense got the Bills into the postseason, but their shot at a Super Bowl rests on the shoulders of their rapidly improving quarterback.

With his NFL career coming to a close, the Bills will lose a large part of their locker room leadership for the second straight season after Kyle Williams’ retirement in 2018.

Alexander’s lasting impact will be between his charity work and the influence he had on the players inside the Bills locker room.

After splitting time with Frank Gore to start the season, Singletary earned a primary role in the Bills' backfield by year's end.