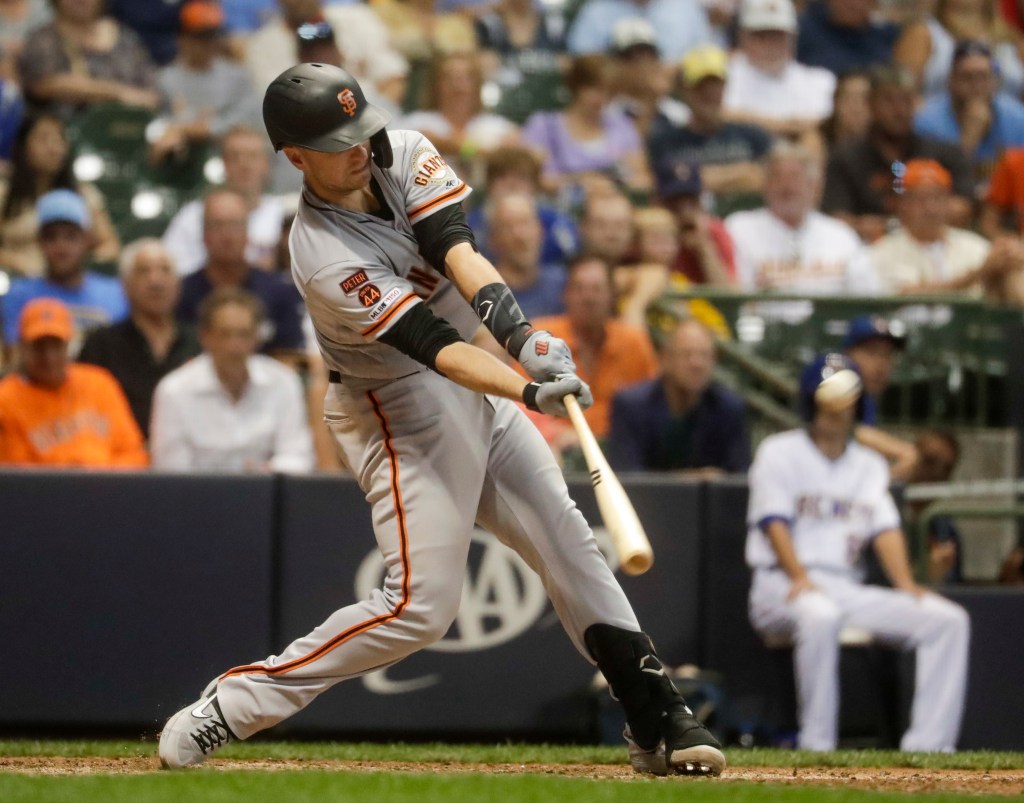 Catcher Buster Posey’s 10th-inning Grand Slam off reliever Matt Albers broke a 6-6 tie and sent the club to its eighth win in its past 10 games.

San Francisco hadn’t hit five home runs in a game since the Giants blasted six on April 23, 2014 at Coors Field, but they needed all five to outlast Milwaukee in Friday’s series opener.

With San Francisco trailing 5-4 in the eighth, Austin drilled a 419-foot opposite field home run into the second deck of the Miller Park bleachers on Hader’s first pitch.

Crawford provided the extra lift, yanking a 378-foot solo shot over the right field wall that gave Bochy a chance to put the ball in the hand of closer Will Smith.

Smith was a perfect 23-for-23 in save opportunities entering Friday, but he allowed a leadoff triple to Christian Yelich who scored the tying run on a one-hopper to the right side of the infield from Mike Moustakas that second baseman Joe Panik couldn’t field cleanly.

Entering play on Friday, Yelich had struck out three times in one game just once this season, but the Angels needed two different pitchers to combine for three strikeouts against the Brewers right fielder on April 9.