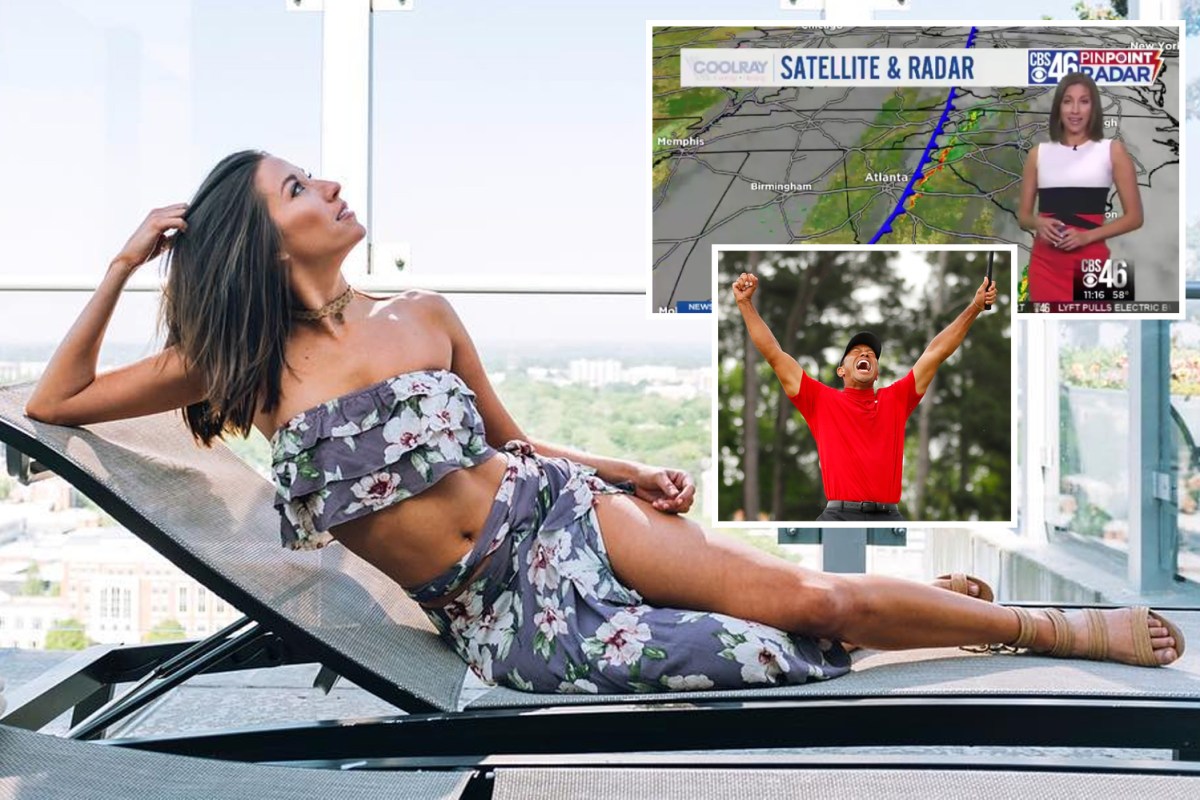 A WEATHERGIRL in America received Death Threats after cutting into Tiger Woods' Masters victory to deliver a tornado report.

Tiger Woods celebrated a stunning fifth Masters win on Sunday Ella Dorsey presents the weather on a CBS station in Atlanta The CBS weathergirl hit back after receiving death threatsAnd that meant the channel cut away from Woods' stunning 15th major for all of ten minutes.

Storms were forecast in Georgia on Sunday with the final round of the Masters being moved forward to avoid the bad weather.

Ellie Dorsey The stunning weathergirl tweeted: "To everyone sending me death threats right now: you wouldn’t be saying a damn thing if a tornado was ravaging your home this afternoon.

Dorsey also vowed to continue cutting over programming in the future, insisting that the station's priority is viewers' safety.

In an interview yesterday about the earlier start time, he threw out some crazy stat about how it happened in the 70s and Jack Nicklaus won it all.