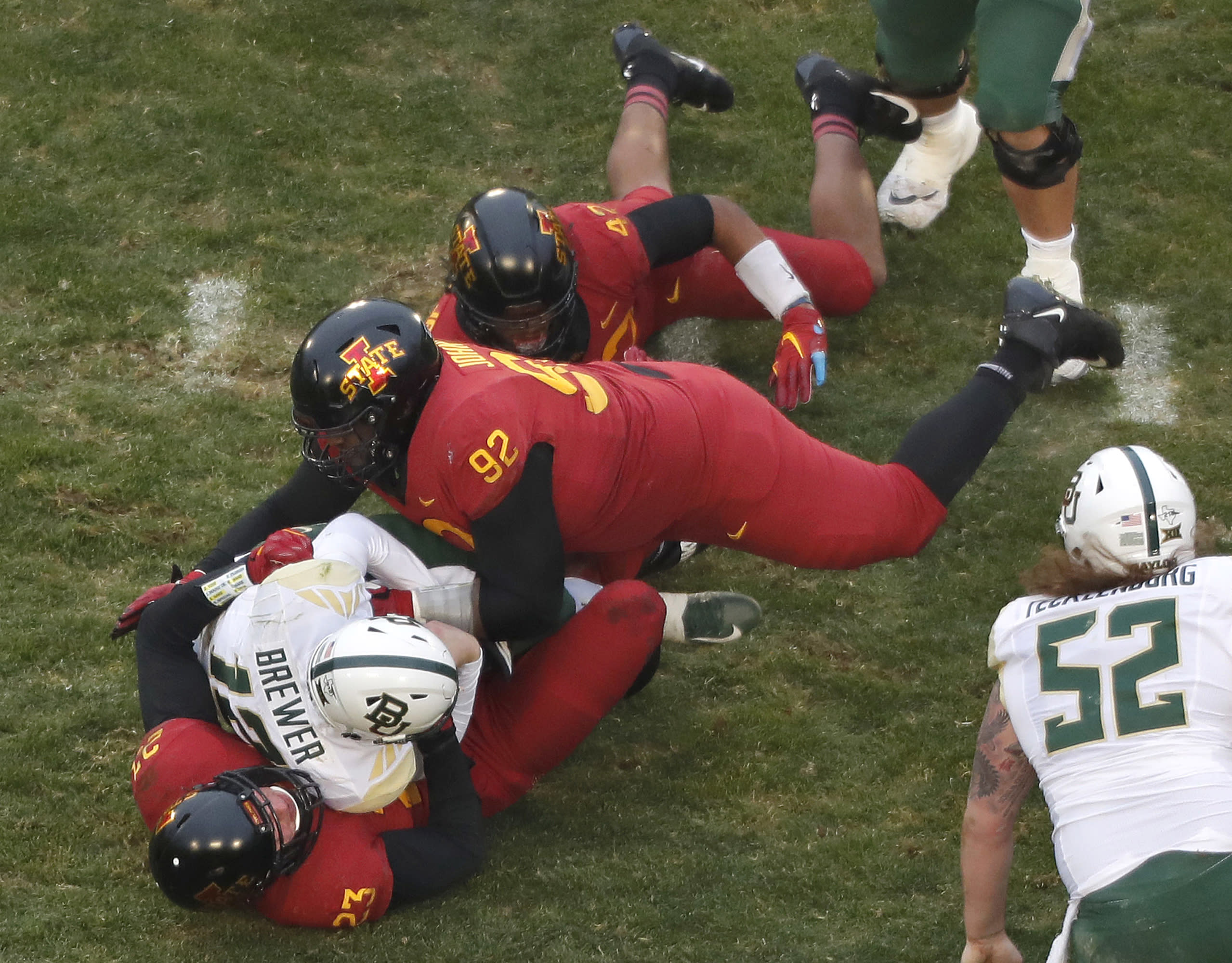 With Iowa State on offense and leading 17-0, Cyclones wideout Hakeem Butler went after Baylor’s Blake Lynch while blocking on a running play.

In the middle of the chaos, Iowa State running back David Montgomery went after Baylor’s Greg Roberts and pulled him out of the scrum.

28 weeks into recovery, now I have re…
28% of Americans are Free to Smoke Un…
OPINION - Shields and Brooks 8/30/201…
Pitch-plane Domination Online Hitting…
Once Upon a Retelling: Storm-Wake by …

While Roberts and Montgomery were the only two players ejected (Butler probably dodged a bullet for sparking the whole thing), both teams were assessed unsportsmanlike conduct penalties.

After a fourth-quarter run, Brewer was upset that an Iowa State defender was not penalized for hitting him as he slid to give himself up.

Baylor has two games left — TCU and Texas Tech — to reach a bowl.