Finland Takes Olympic Chill To The Next Level: Team Knitting 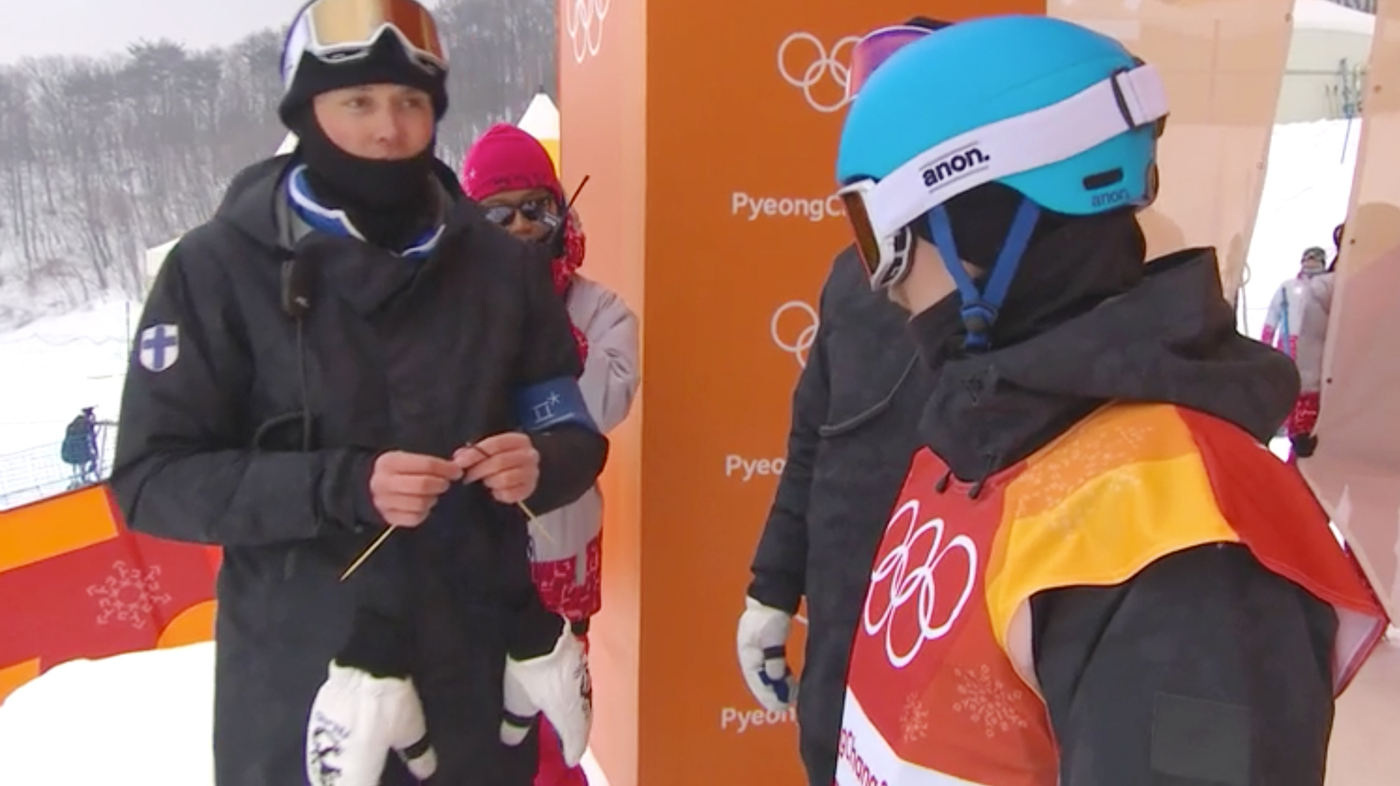 Screengrab by NPR/NBC And in an unexpected moment during the weekend's Olympic slopestyle competition, the Nordic nation showed off another delightful quality: a passion for knitting.

Koskinen glances up from his project (something involving black yarn), passes the needles to one hand, and fist-bumps Tonteri.

People watching at home went wild for the contented crafter, and the feverish screen-grabbing began.

Finland's Olympic team was quick to demonstrate that the love for knitting is not limited to Koskinen: It posted photos of its team hanging out in sock feet, working on a blanket for its president's newborn son.

(The project has become something of a tradition: at Sochi, the team worked to knit a giant scarf .)

Finland Takes Olympic Chill To The Next Level: Team Knitting