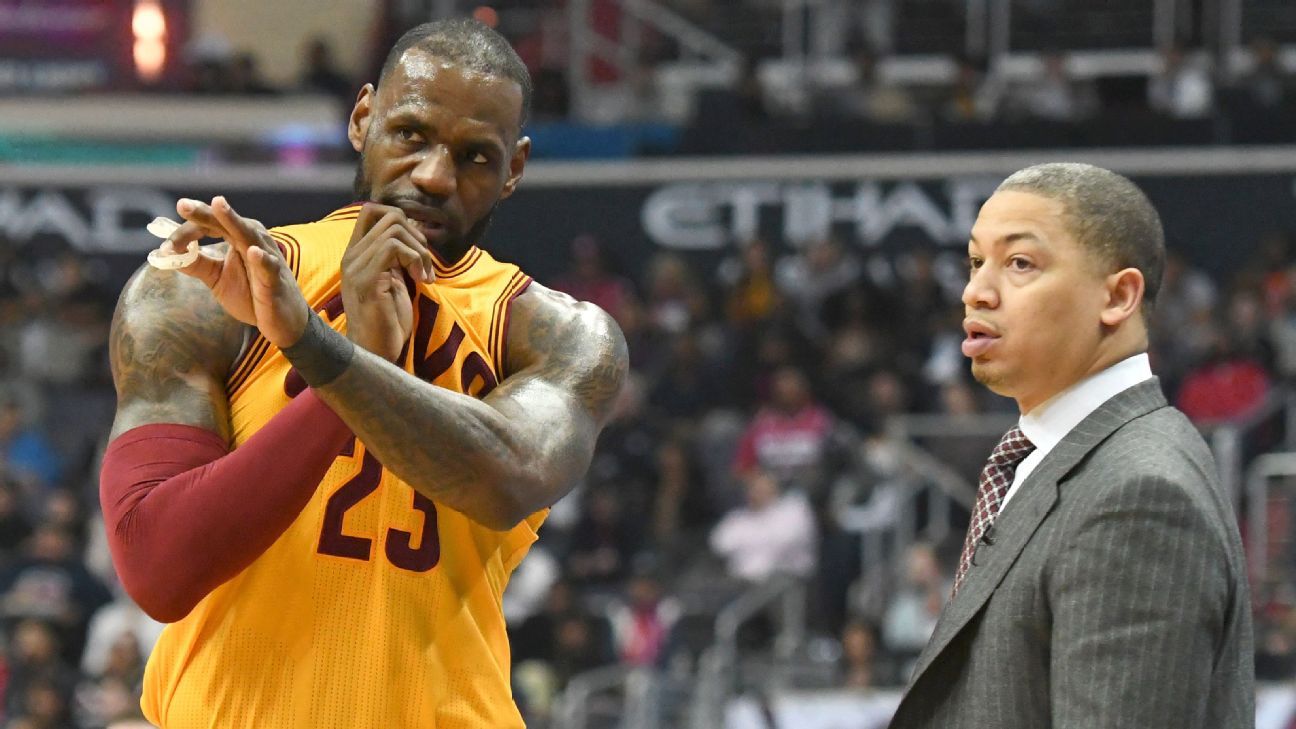 "Because we've got the best player in the world," Lue said before the Cavs lost to the Golden State Warriors 118-108 on Martin Luther King Jr. Day.

He's referring, of course, to LeBron James , the four-time MVP and three-time champion who was averaging 27.1 points, 8.8 assists and eight rebounds this season entering Monday.

As Lue's pregame media conference continued, perhaps the coach had a moment to reflect on the Cavs' current spot in the standings: third in the East; seven games back of No.

A 22-0 Cavaliers run wasn't enough to stop a sharply descending Cleveland team from another embarrassing loss, this time in Indiana.

Kerr said that anytime the Warriors play the Cavs -- the team they've faced in the NBA Finals for an NBA-record three straight times -- it matters a little bit more.