Orlando, Omars, and what God hides in Jewish festivals about the End of Days 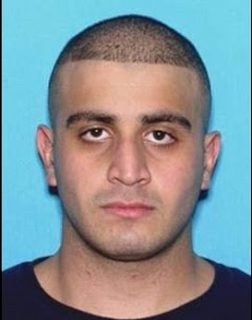 I tweeted a comment about the mass shooting in Orlando on my Twitter account on Tuesday after I had thought about some coincidences that were bound up in a little mysticism, a little YomTov, and a little ray of sunshine for hope that there would be some real light that would come from it. It was as if the few odd names and events were brought together in a divine calendar, something not new to the people predicting the end of days.

There's a hesitancy for me to to extrapolate beyond the bounds of what people are willing to logically believe and attract a following by a personal agenda based on the belief that Noah's Ark was really powered by an Alpha Centauri planet being's higher technology bequeathed to the Nephilim. When allowing that blended pop cultural spiritualism to enter my soul, my heart usually feels like I'm participating in an old sci-fi movie instead of praising God for the perfection of creation that I live in each day. My creator doesn't do fantasy.

The only info on the alien-powered Internet with similar but better thoughts on Tuesday was Dov Bar-Leib's End of Days blog, in a detailed explanation of the counting of the Omer from Moses on to today. Unlike other half-baked self-anointed prophets, I found the explanation genuinely worth exploring but requiring my inexperienced mind to study more Torah. He proposes three aliyah time periods of 49 years each leading up to an end event. The first emigration of Jews to Israel begins in his account in 1918 (Balfour Declaration) peaking in 1967 with the downfall of U.S. leadership's moral standards.

Then in 1967, in the second 49 year period, there's the adoption of that immorality through the majority of the U.S. culture while the emigration this time in Israel was into Jerusalem after the Six-Day War. This second period ended on Shavuot this year. And to mark this transition in the U.S. on the 50th day of the Counting of the Omer, a twisted soul took 50 lives at an Orlando gay night club.

Is it just a coincidence that the shooter at the Orlando scene was a man named Omar? And one of the Orlando police first responders was Omar Delgado. Really, another Omar. OK, so it's not Omer. To me, this is just bait that can get me going in the wrong direction leaving the big picture in the dust. Or maybe it's just eye candy for the real fruit of digging out the meaning that Dov has done in his post. He comes up with a few more very Jewish connections which I don't squabble about. I'm an idiot about that stuff.

This final 49 year period of Dov's is one where we will have an aliyah of a spiritual nature, where HaShem will place His name on our hearts, or at least the hearts of observant Jews. I will keep my eyes turned towards Jerusalem to see this change of heart, to see the zealousness for God, and to see signs of the coming of the Messiah.

So like Phinehas turned away the wrath of God from Israel by being jealous with God's jealousy (Num 25:11-12), a new peace will develop when Jews in Israel will unite to see the rightful place of God's name upon their hearts. And in the U.S., our fate is left to how we repent and seek after God to forgive us how we've strayed from the commandments that were historically the very reason for Shavuot.

May we seek your face, Lord God, to believe that we can find shelter from the consequences of our sin, and in asking for your forgiveness, find that we can forgive our neighbors for theirs. And in this, we seek your kingdom of the final days.


This post first appeared on To Him Who Loves Us, please read the originial post: here
People also like
Things to Do in New York City This Weekend
'Kroos messaged me at 4 am': Casemiro reveals he decided to leave Madrid after Champions League final
What Is Peripheral Artery Disease?
Hisashi Ouchi Suffered an 83-day Death By Radiation Poisoning

Orlando, Omars, and what God hides in Jewish festivals about the End of Days