Growing in silence and finding questions in the Haggadah 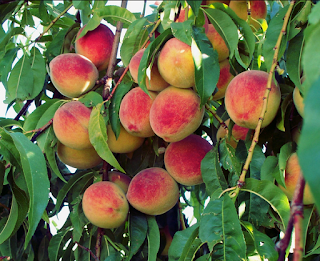 When I was young, I had a sense of direction that could only be explained as drifting. Events appeared on my horizon and as I watched they disappeared into other people's lives. I wasn't involved as much as perplexed and had few moral anchors to help me make sense of my travels. But, God had his hand on me and I had a peace that I was taken care of. That's what growing up in farm country can do for you where everything changes season to season but always stays the same.

The country world is mostly silent. And I know that God is reflected in his world. So, I believe that God is OK with not answering all my questions when I'm perplexed and instead, showing off his handiwork. He took care of the land, and he took care of me. The modern urban world, though, is orchestrated with noise. I know man is reflected in that world, full of amplification, alarms, music, video, and large engines. We have to flee to silence to find the right answers and not turn to another distracting program, a YouTube video, or a pop group song. Those types of media usually ask good questions but don't engage me with any useful answers.

So, as a result of drifting around spiritually, I ended up in places that didn't make much sense. It seemed like an awful lot of wasted time. Maybe, it was just a time of growth without fruit. You can't tell peach trees they're wasting their time growing branches and leaves, and not creating peaches. If God's world makes sense, then the time I spent, made sense in preparation for what was to come based on what I had given to me.

It was a time of waiting and listening, even though there wasn't much to listen to. Silence is an awkward companion for many. For me, it was an expectation. The world God made, full of majesty and color, is mostly silent. But as you listen, the soothing ripple of the wind passing by, the distant birds and insects create a background to give you a sense of security. Loud noises were just danger signs. I was waiting for those meaningful threads that whispered to me from my world. Television was a loud noise that didn't fit in.

Part of living with silence is knowing how to start a conversation. You have to make a statement or ask a question. It's easy to state the obvious. It's hot, it's dry, my dog is tired. But questions go from basic to refined. You ask why it gets so hot or why animals are different than humans. Why does it take so much work to make a living? Why isn't everything as easy as it looks on TV? Why do people not like each other? So many questions don't have good answers and take living a while to get a glimmer of understanding. Silence becomes an answer until the question can be answered by a wiser person.

A question is a creative seed. It start a process of meditation, of sorting out ideas that don't fit, and keeping those that do fit. It creates tests that can be used to prove the value of the question. Too many possibilities that don't matter and the question is thrown out. A few that lead to life or death and the question is pursued. Once the seed starts growing, it becomes a rich concept and then eventually it produces fruit. The fruit are the answers that we use to take action, knowing with assurance that we have probed the mind of God and have come away with the best we can carry.

After asking the basic questions, I turned towards spiritual things and asked questions that were worth more to pursue. Who is the creator of the universe? How can I get closer to God? How will the creator of everything speak to me? Will I have a life after I die? These basic questions are met with silence but at least I've started the process of creation of my fruit which starts with asking. I know I'll find those answers because I've heard some remarkable answers already.

I know that there is nothing better for people than to be happy and to do good while they live. That each of them may eat and drink, and find satisfaction in all their toil—this is the gift of God. (Eccl 3:12-13)

I remember planting a seed in myself by meditating on a verse about doing good. I asked why it was that some people don't do good when they can and have a choice. That became personal. I was working out an answer and found I had an inclination to not do good. So, I tried to change that and I asked myself how to do good when I had the choice. Today, I still am asking that question. There's still silence for the answer, but in the doing of the good deed, the assurance of the truth of that verse becomes strong.

The creation of that good inspires me to keep asking. Maybe words aren't necessary because God needs no more words in the commandments he's already left us with. Too many words would just confuse us more. And then we'd think to understand the words better, we could just read more books about them. The words are left somewhat sparse so that we can live out the commandment in our life and harvest the benefit of faith in knowing God has given us the right amount of direction. Each one of the 613 commandments are just touch points of our Lord God's way. And as we ask how to understand and live out our lives, we prove his righteousness in every one.

Finding righteousness before the answer

It's in asking for God to change us, sometimes to remake us, so that we can follow his ways and find the righteousness that is the way out of this world that seems like it is drifting by. The righteousness we find will bring meaning and light to our world with answers that can be trusted to keep us.

Seek the LORD, all you humble of the land, you who do what he commands. Seek righteousness, seek humility; perhaps you will be sheltered on the day of the LORD's anger. (Zeph 2:3)

The silence between asking and finding answers is a time of strengthening. The strength we find is the confidence we gain as we trust in God's commands. It's not about getting the answer and the righteousness at the same time. The growing period after asking the question is the time of preparing the fruit that has its roots in the righteousness of the good deeds of the commandments.

The words of God's commandments, having been spoken once, need no more sound except that of our repeating them to each other for encouragement and training. The silence in between is for reinforcement and meditation. Now, it is up to us to apply his words. Action is the way to communicate what we know of our answers now.

Silence lets us make our actions a permanent part of us. It creates a space in us where actions are internalized. It's not an external presentation or a music festival where we go away with good feeling for the moment. No, God's commandments persist in our heads much longer than a snappy performance because we know them like we know how to sing a song, always remembered in the background until the music starts.

It was this Pesach that I learned that the Haggadah is designed to incite questions. And questions come from a teachable person. A teachable person is one who knows correction and finds favor in the Lord. So, the Pesach is also about teaching questions to one who loves the Lord.

Whoever loves discipline loves knowledge,
but whoever hates correction is stupid. (Prov 12:1)

After the Pesach, we have silence for 49 days in which to think about the questions and let the seed grow like planted barley fields maturing to a harvest. During that growing season, the fruit is being prepared. And, so, in a few days we can celebrate the first fruits and how God gave answers to Moses, questions about life that made asking questions worth asking.

Let us ask questions without knowing where an answer will come from so that you, Lord God, can delight us with your response. And may we thank you in praises and thanksgiving, with offerings as we can manage, to put action behind the words that we find. Your world is magnificent in its glory and in the quiet appreciation of it, we ask that you bring us wisdom through obedience with your commandments and correction as we humble ourselves for not knowing.


This post first appeared on To Him Who Loves Us, please read the originial post: here
People also like
Highest earning apps use Apple Search ads
What’s the Zone of Silence?
Leicester manager Rodgers breaks silence on Chelsea's pursuit of Fofana
Angels Landing at Zions
Hampton Cannabis Expo Founder Gary Bierfriend On Conference's 5th New York Season
Flame Retardants
How to Help Your Husband Get On Board With Prepping – Part 1

Growing in silence and finding questions in the Haggadah