Tags: bindiya
November 30th 2014
View original
Hampi is a small, yet stunning village in #Karnataka, India. Strangely strewn boulders make way for lush paddy fields. Ancient monuments and ruins rise up from earth, creating a time warp that transports you to the medieval times.   The #Tungabhadra River snakes through languidly, adding magic, romance and character to the landscape.
Once  the capital of the mighty Vijaynagara Empire, #Hampi offers a stunning peak into the architectural vision and marvels of the  13th to 14th Century.  However, what predates its political history by many centuries, is its religious history. This has mixed and morphed with mythology, especially the Hindu epic #Ramayana (supposedly written in the 1st century BC) for so long that's its hard to separate one from the other.

Zee World: Begusarai Teasers July 201…
Which Are Top 20 Bollywood Movies To…
Hindus consider this a very sacred place, while the hippies just love the laid-back vibe and the surreal setting. More of that in later posts as this one is simply to share snapshots of Hampi -- a colorful side that one does not see much of in postcards and promotions. Hope you enjoy them. 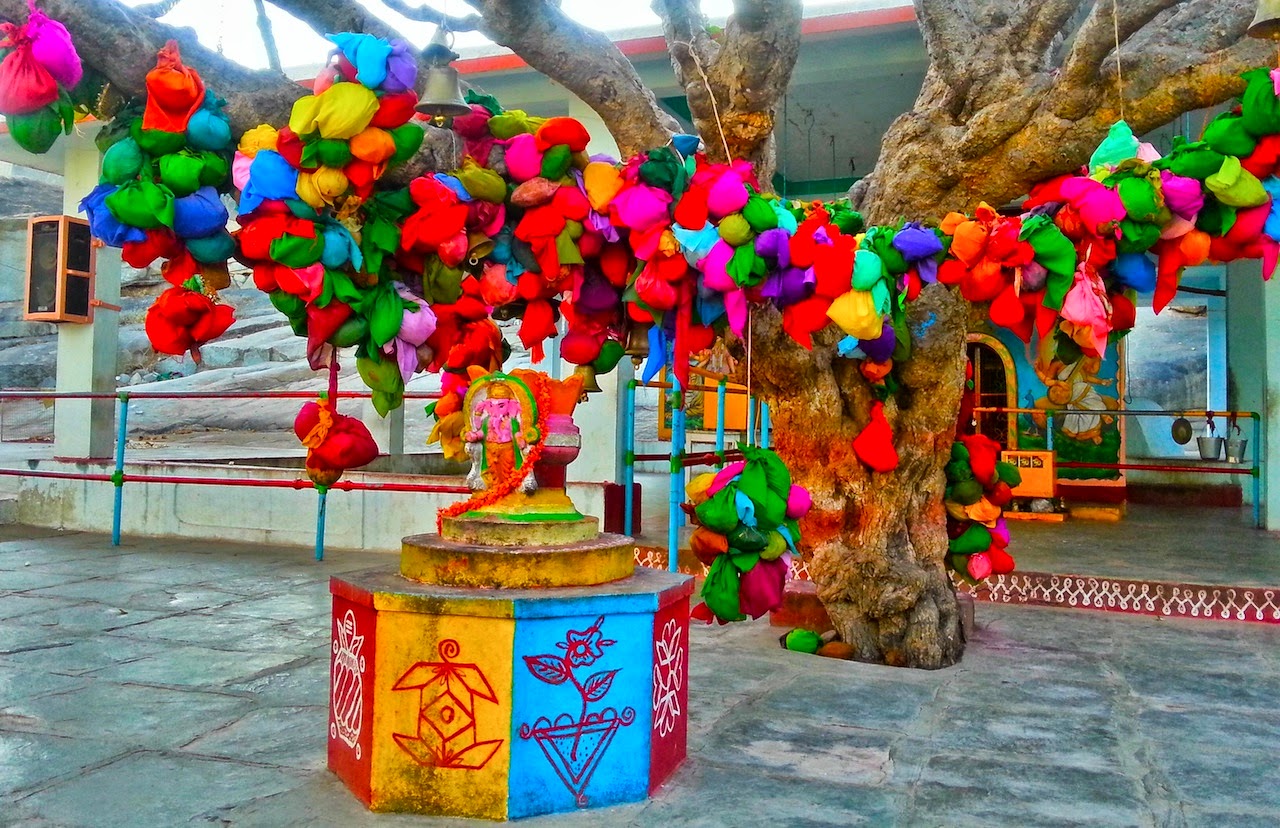 Photo: Bindiya Murgai
The Wishing Tree, Outside a temple in Hampi
People come and tie bags filled with prescribed fillings in order to have their wish fulfilled 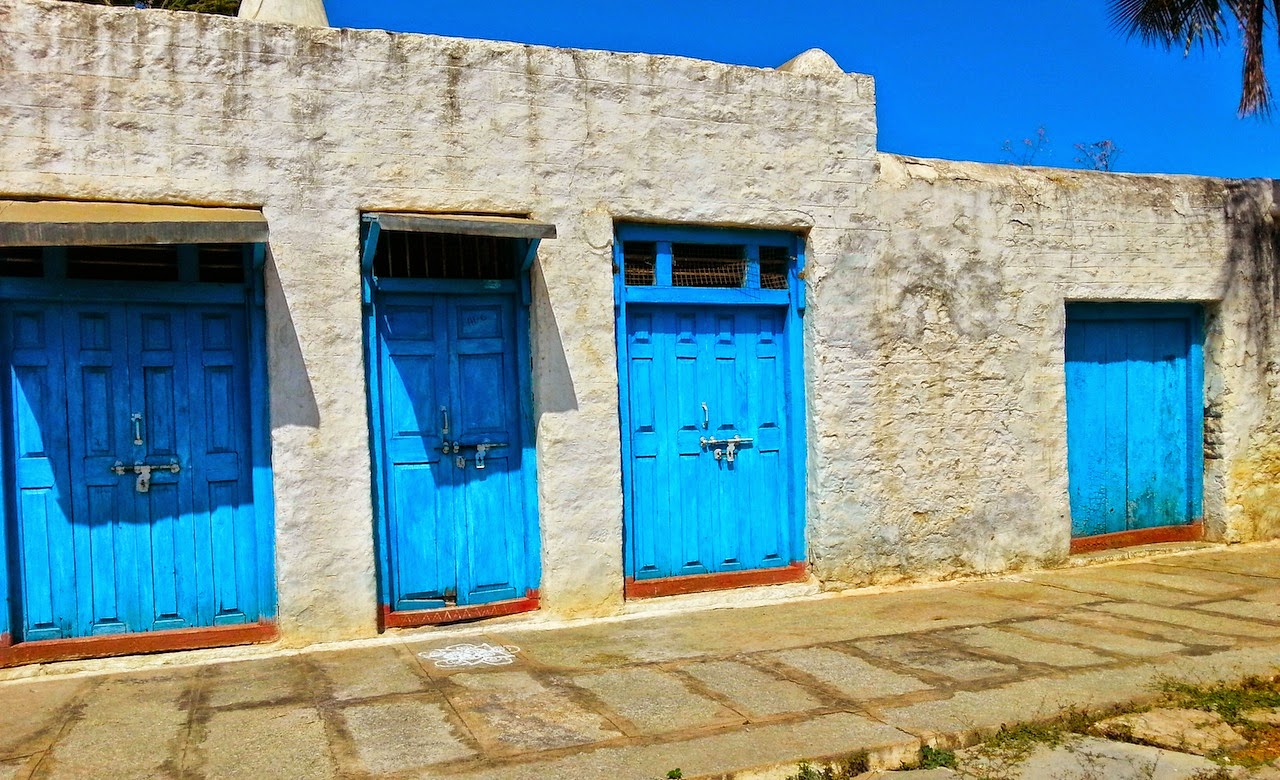 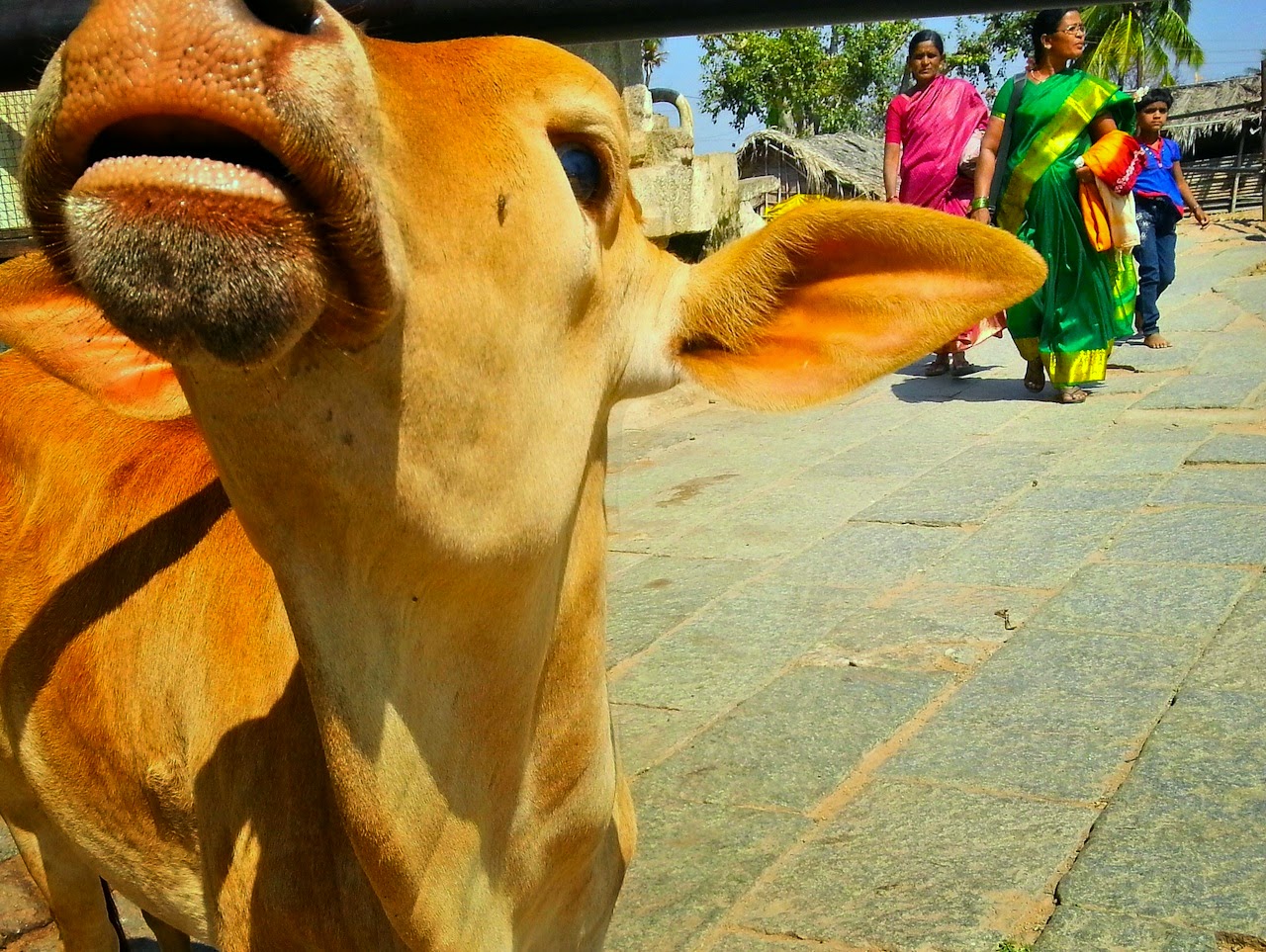 Photo: Bindiya Murgai
Calf outside a temple, trying to make its way under a railing 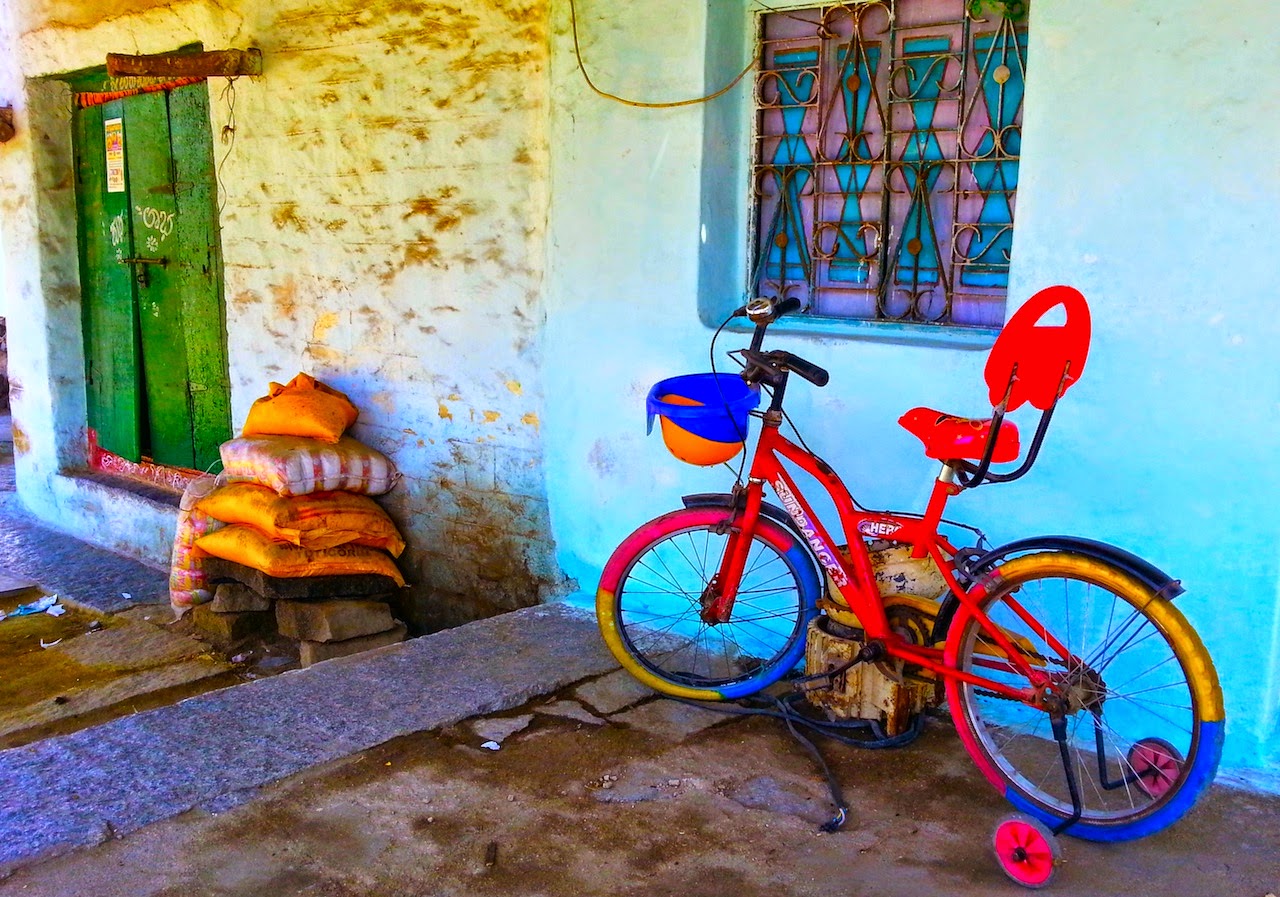 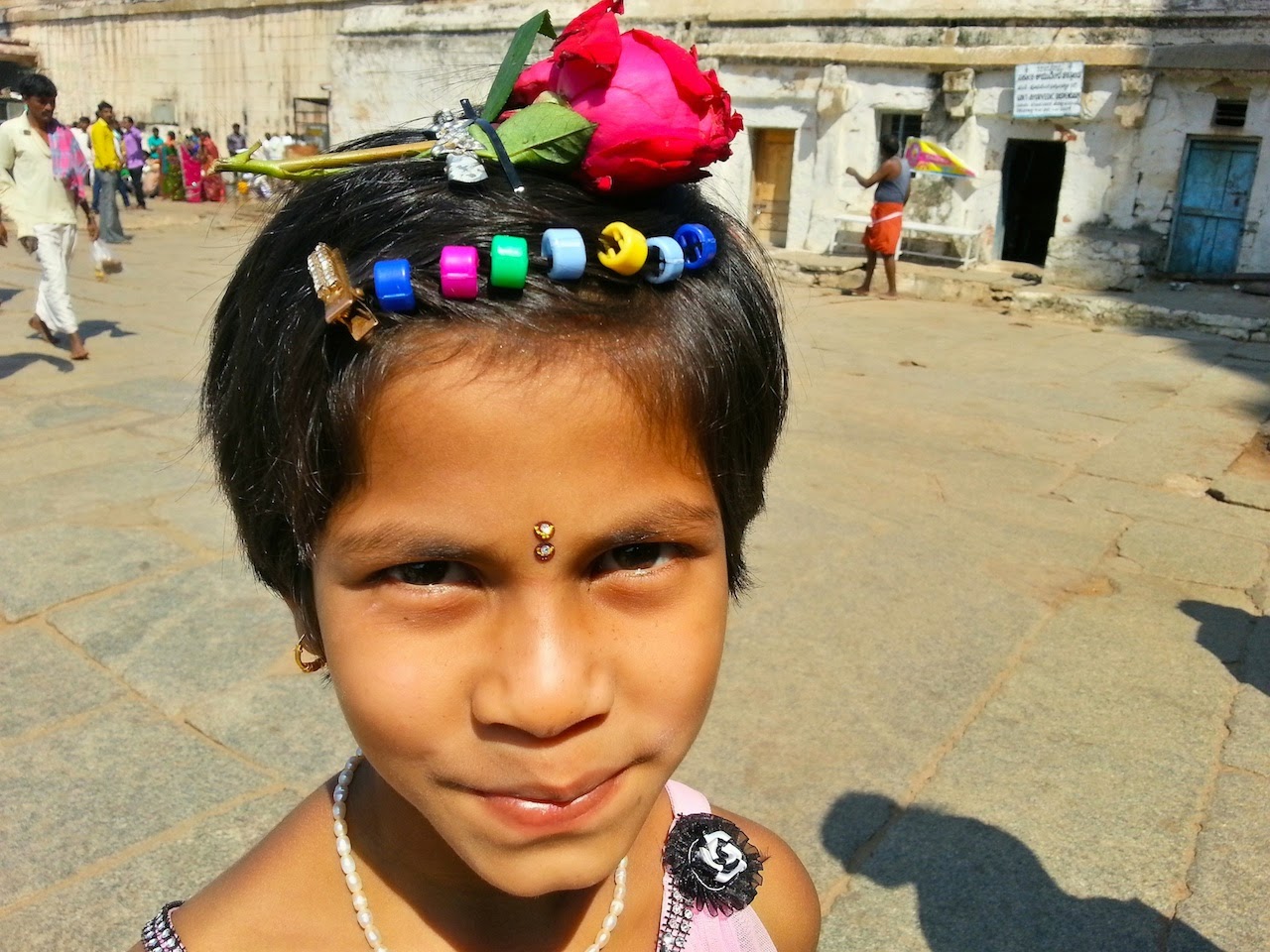 Photo: Bindiya Murgai
Fashionista
She's rocking on the style meter! Said she's spun the look together on her own.
Love the rainbow clips, the double crystal bindis, the little lace pin on her dress,
and most of all the jumbo rose of her head -- totally original spin on how Indian women wear their flowers 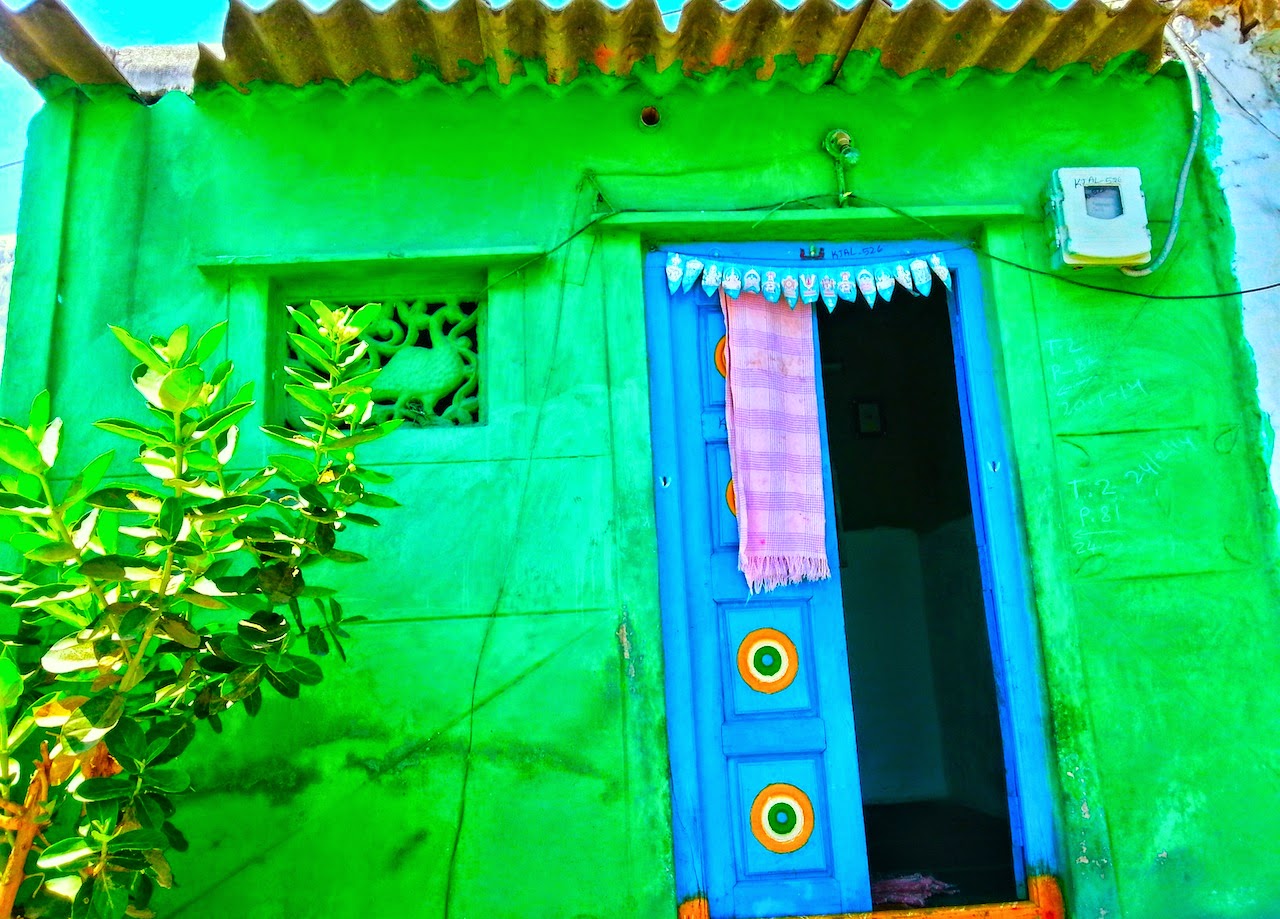 Photo: Bindiya Murgai
Green with envy
Love this bright chroma green house and the vibrant blue, contrasting door
Don't miss the peacock in the window inlay and the geometric circles that bear the colours of the Indian flag 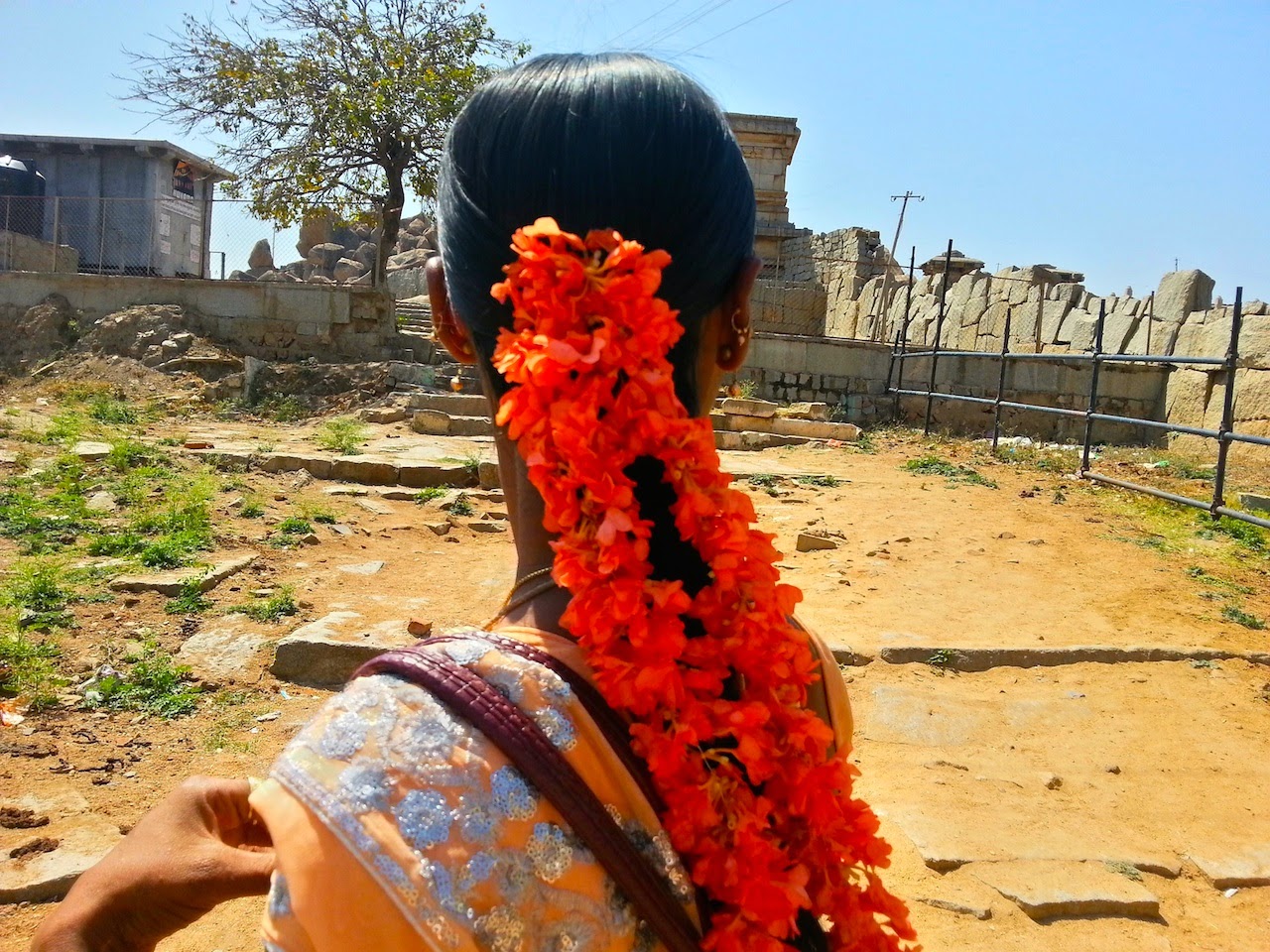 Photo: Bindiya Murgai
Hair dressing!
Woman with the beautiful flaming orange flowers in her hair -- so graceful even from the back 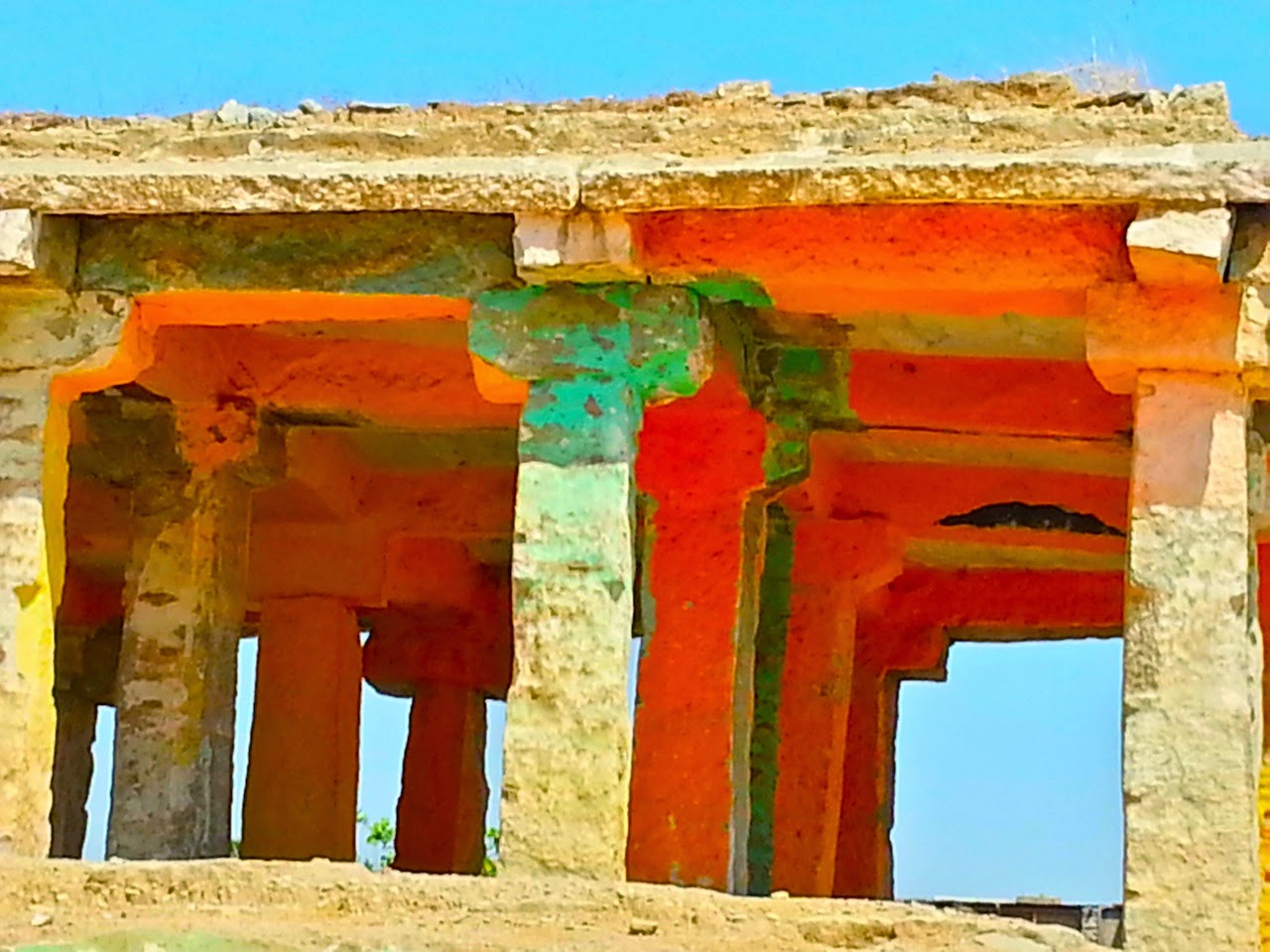 Photo: Bindiya Murgai
Beauty of barren
A dilapidated ruin with bright strokes of colour randomly painted on the inside 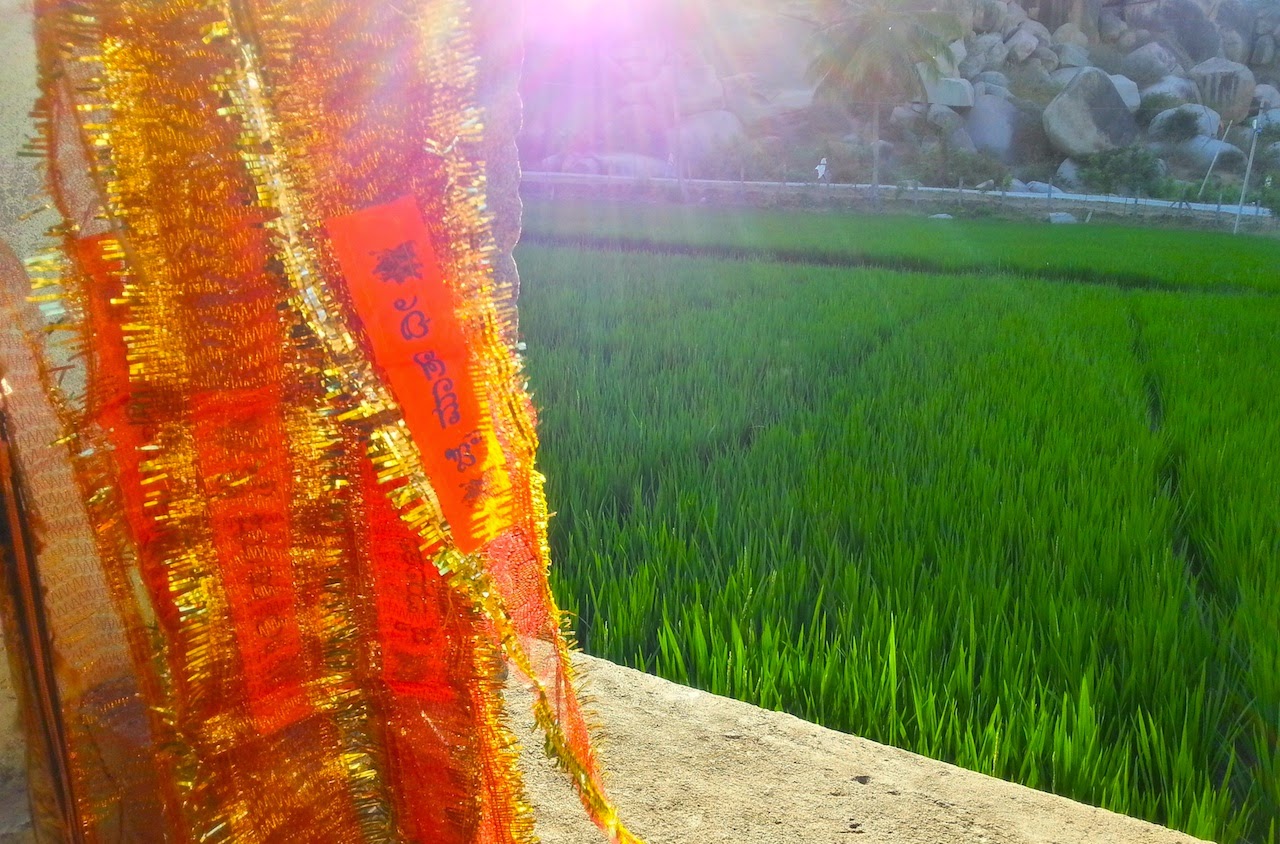 Photo: Bindiya Murgai
The sun pours down like honey...
The early morning sun pouring on to the paddy fields and Hindu prayer ribbons 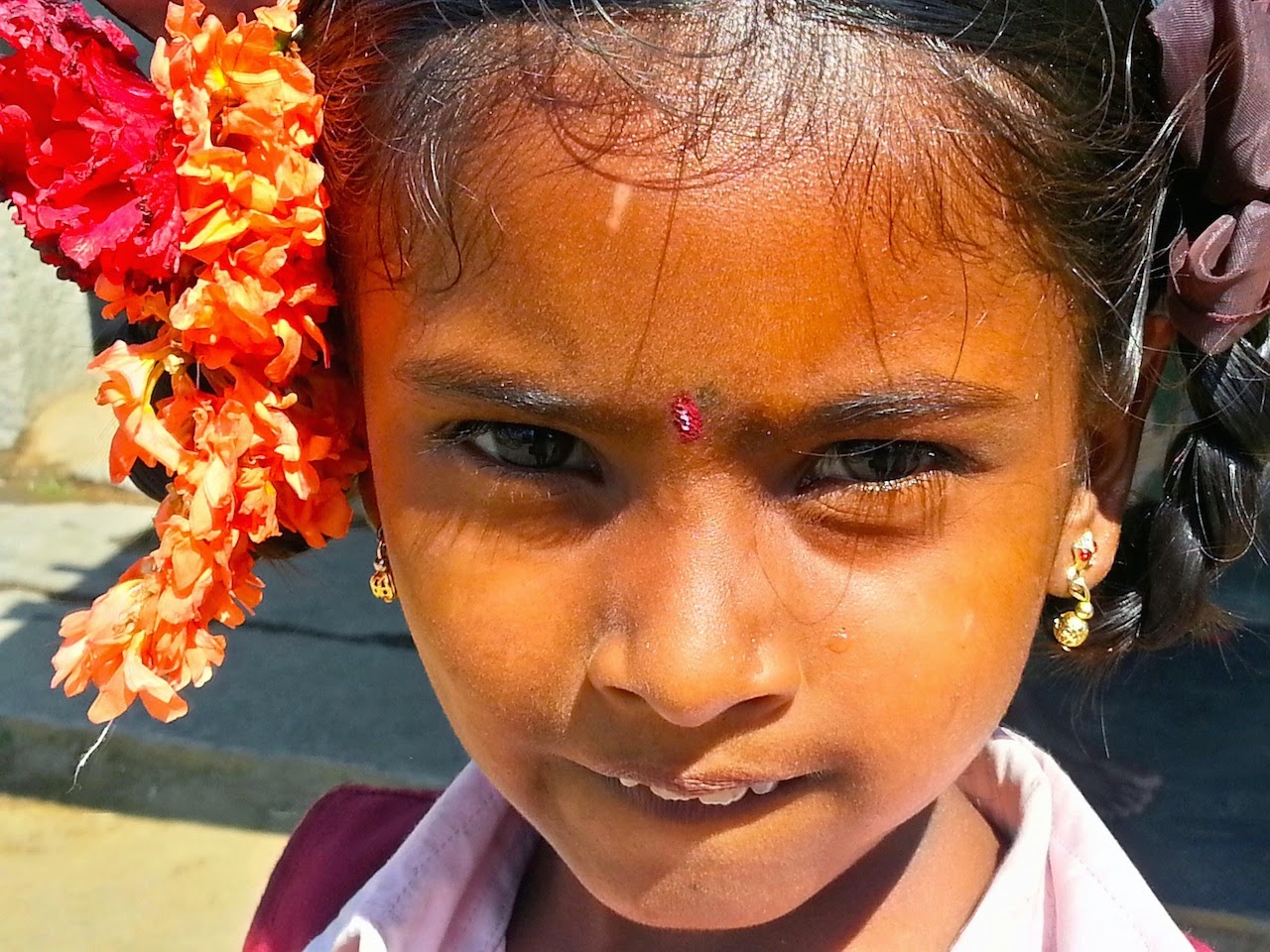 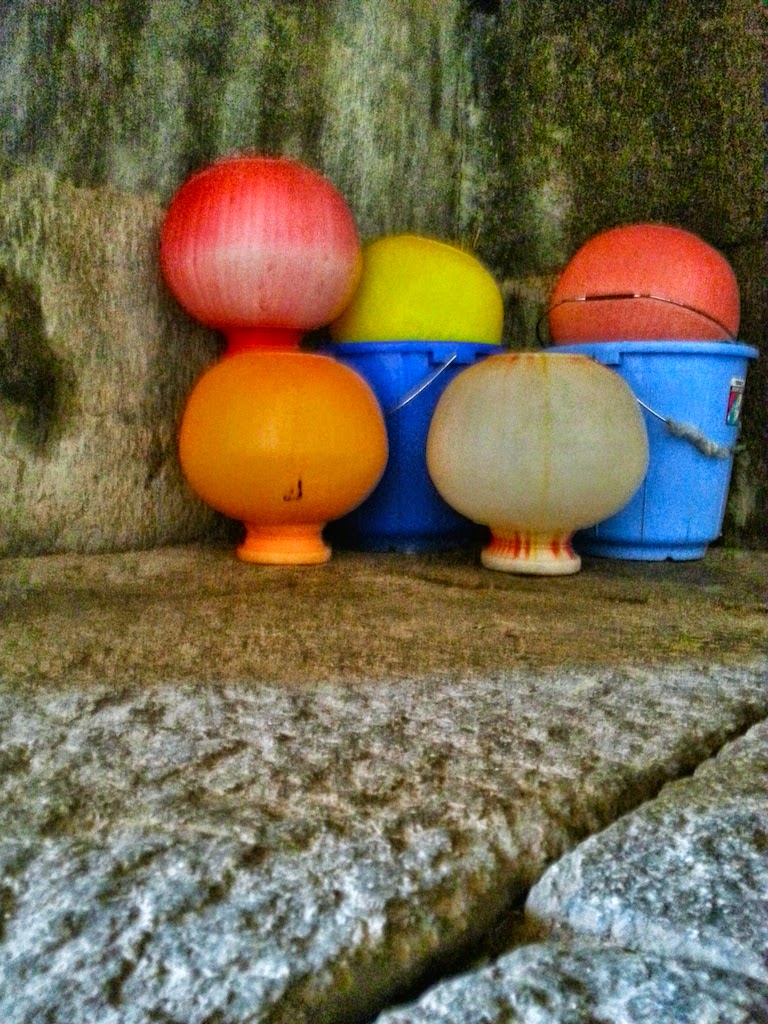 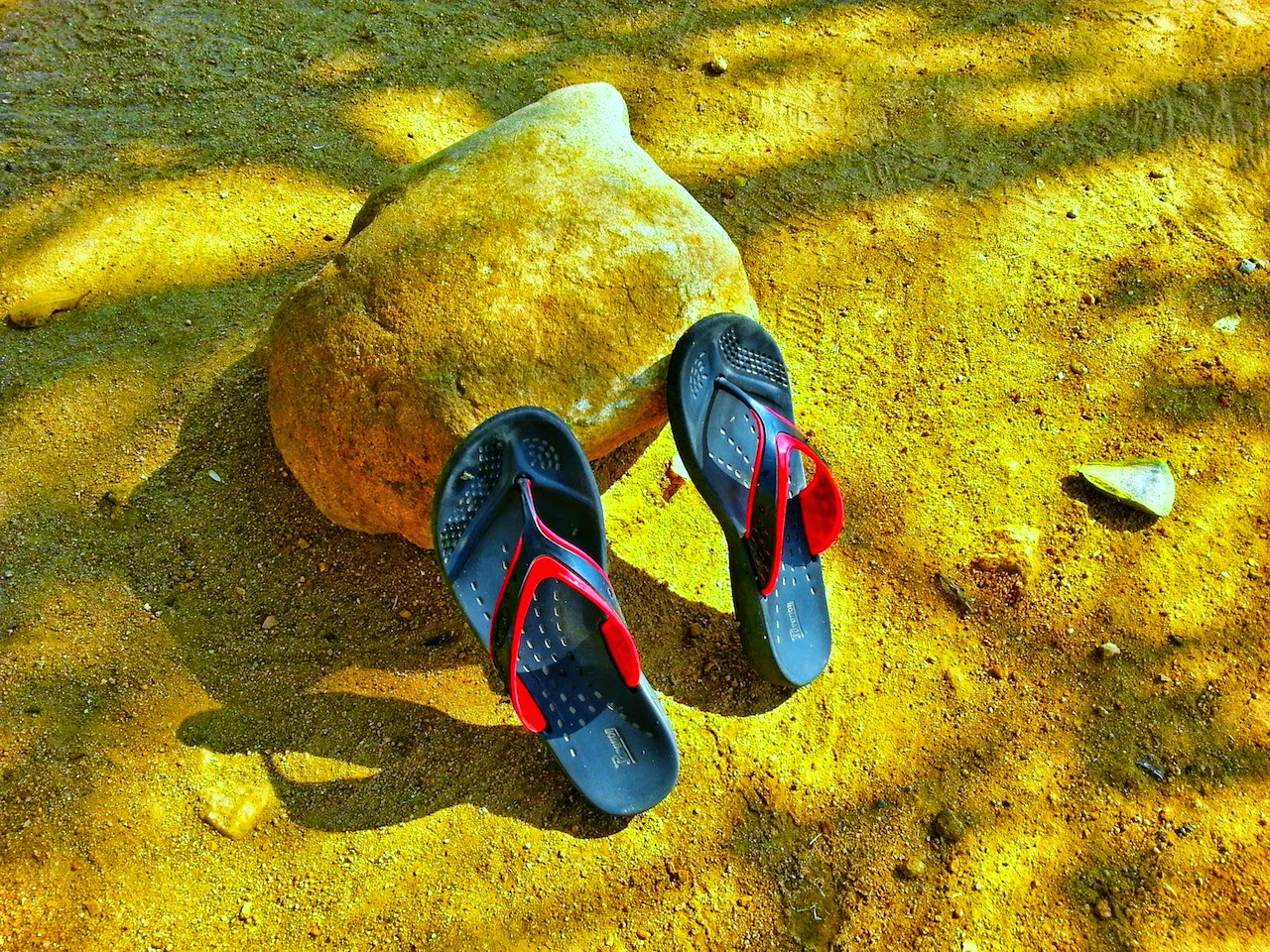 Photo: Bindiya Murgai
Foot Rest
Photographed as they were found...looks like the slippers needed to take a break 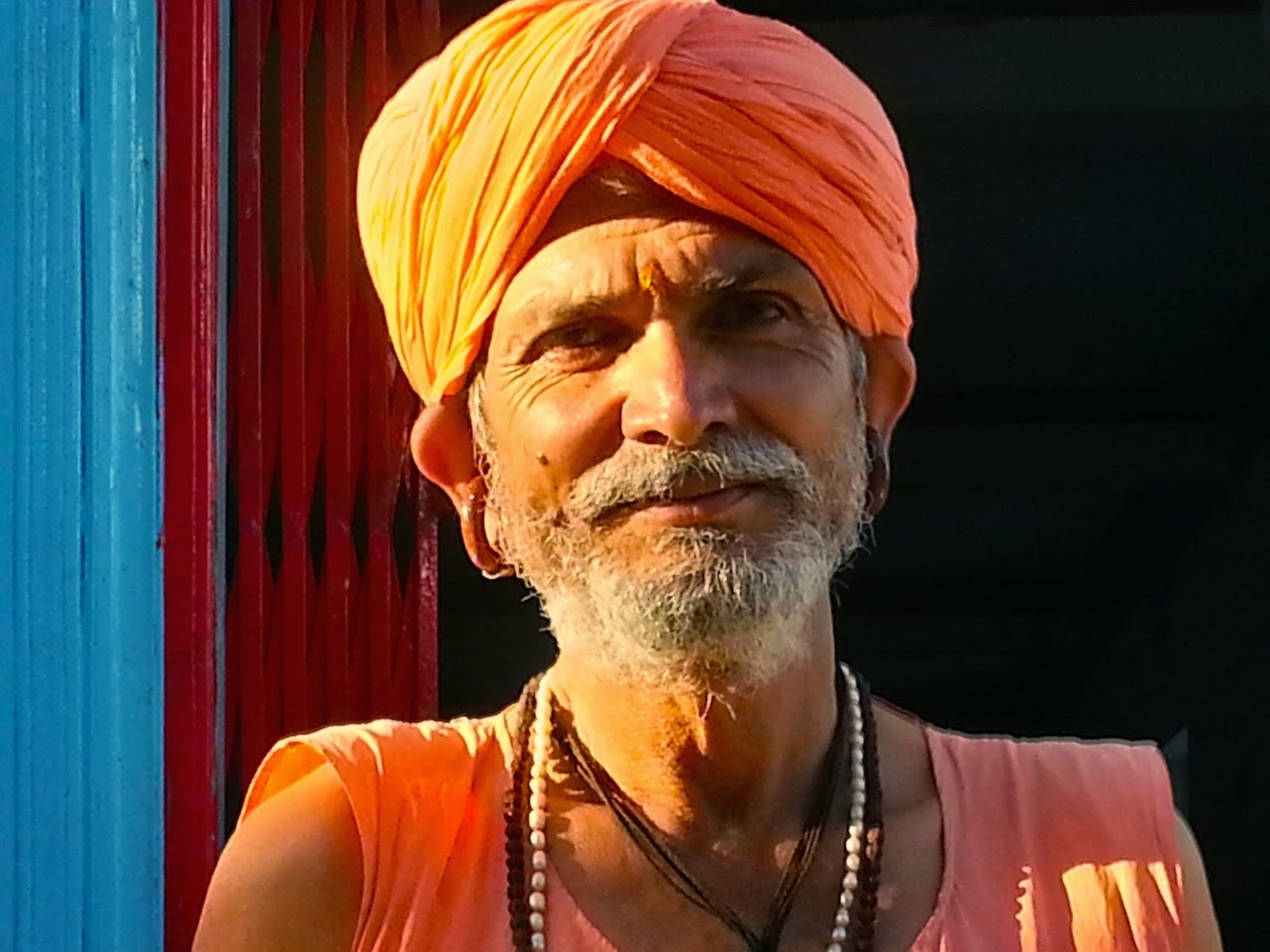 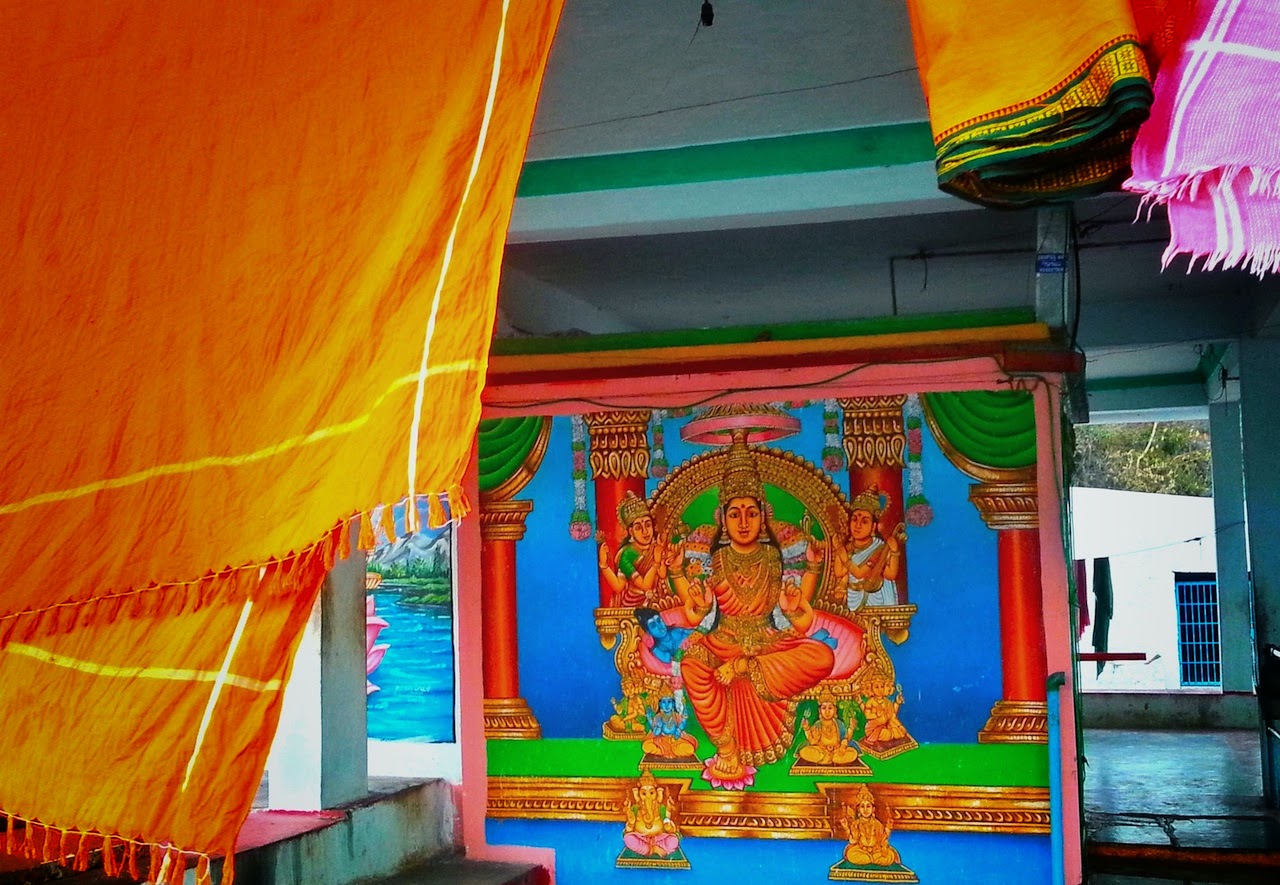 Photo: Bindiya Murgai
Goddess is watching
Changing and clothes drying room for the priests in a Hindu temple 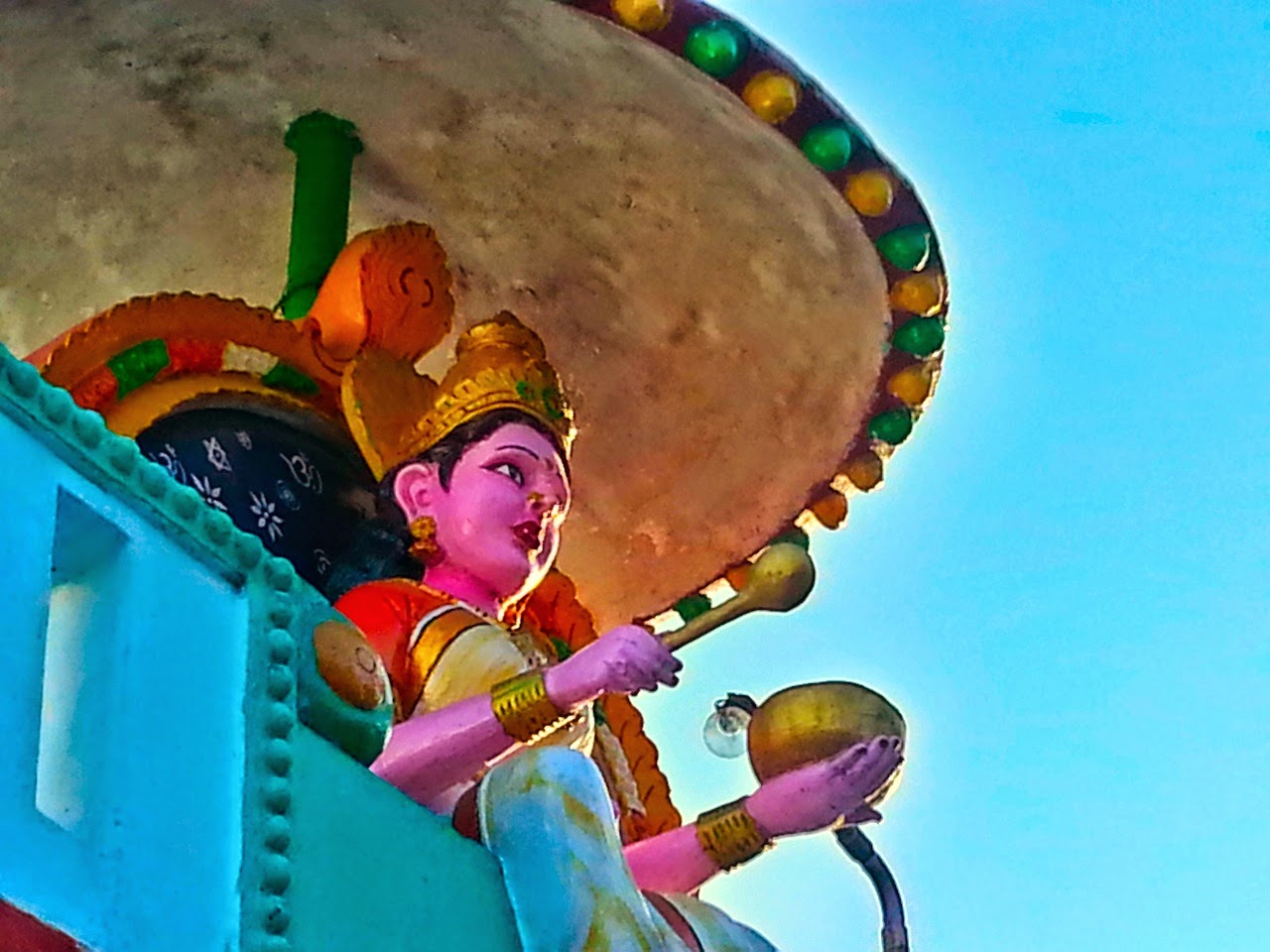 Photo: Bindiya Murgai
The Gods Must Be Hungry!
Goddess atop a temple, with her bowl and spoon :) 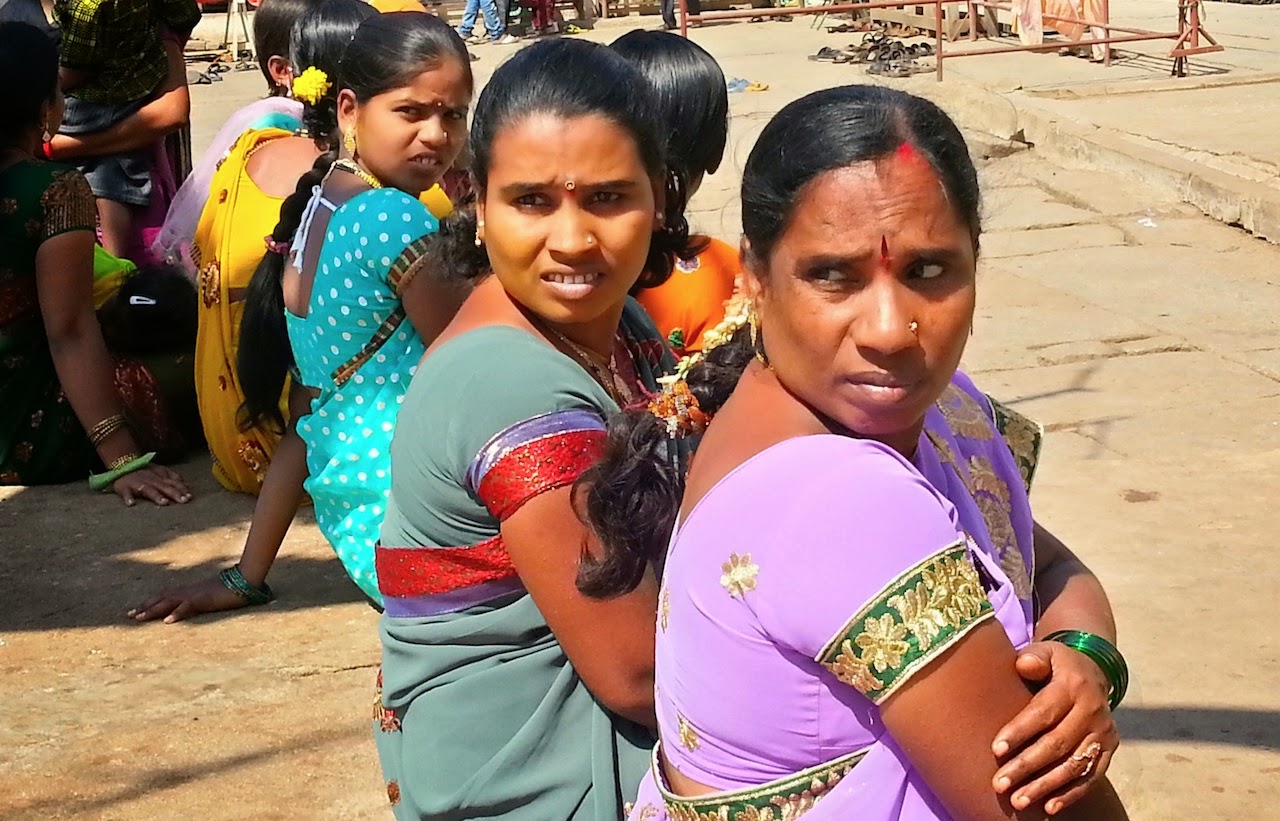 Photo: Bindiya Murgai
Pilgrims
Women waiting to enter a temple.
Notice how they have all made an effort to dress well for the occasion 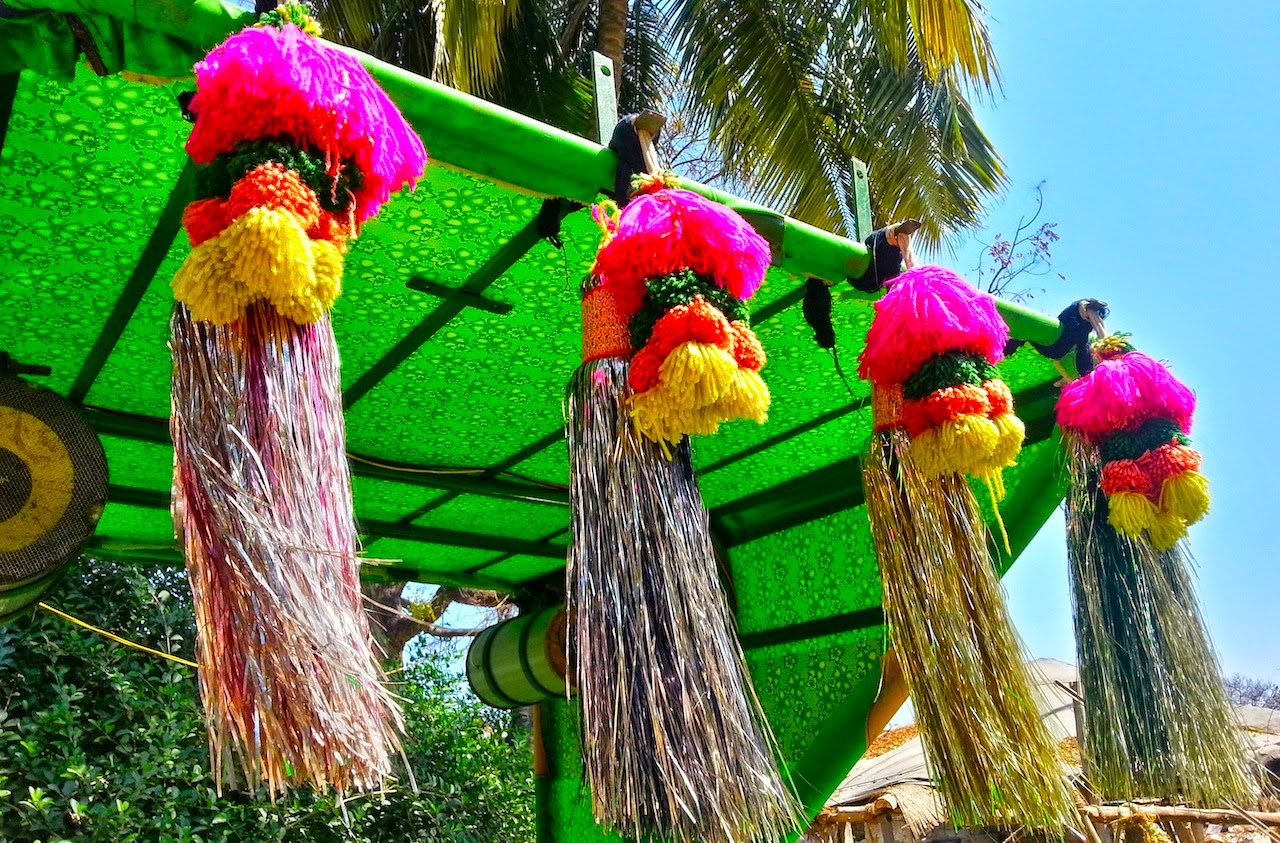 Photo: Bindiya Murgai
All dressed up & to the farm she must go!
A well decorated tractor, all set to work the land 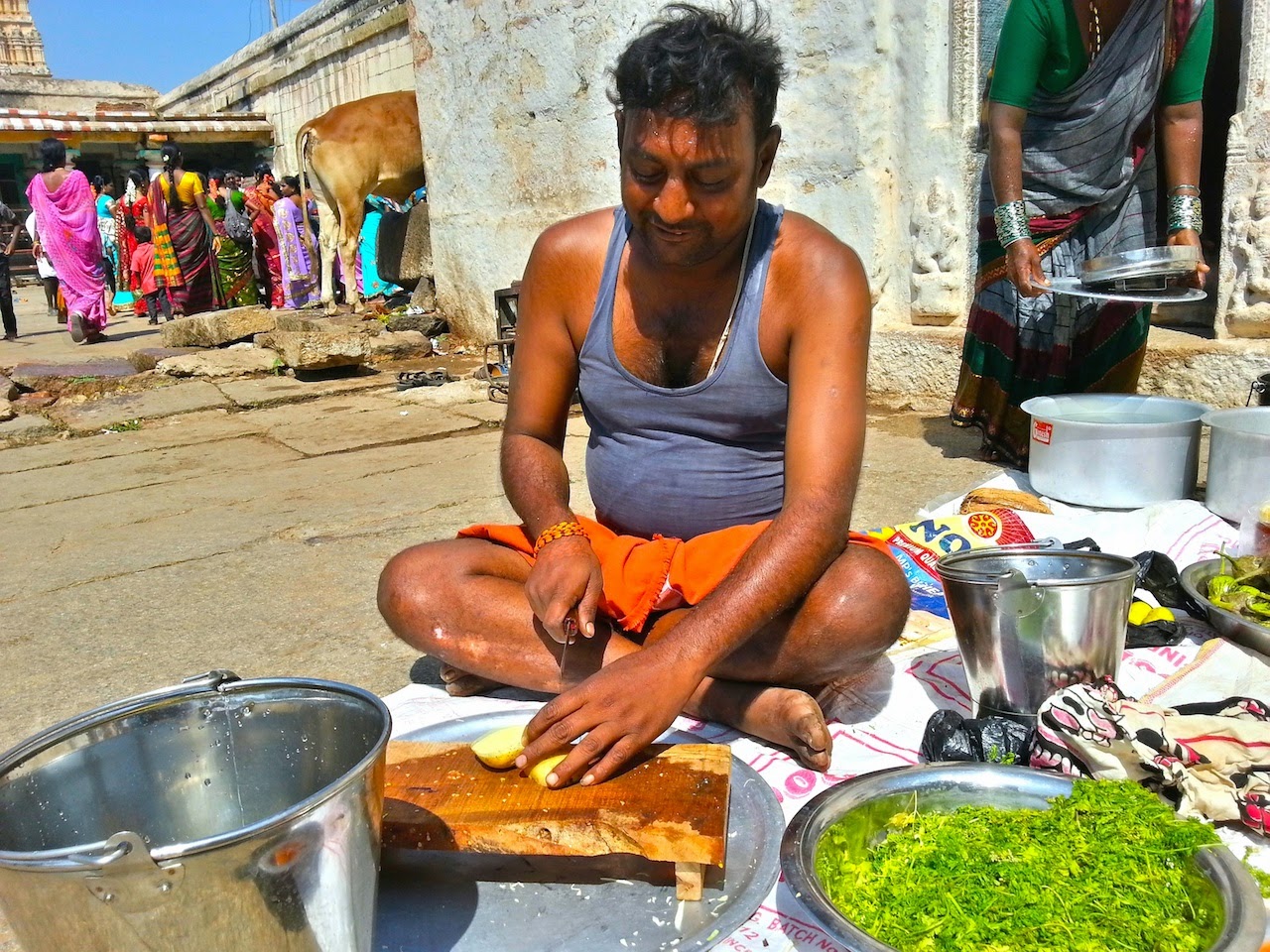