A Brief History of Christmas Carols

There was a boy singing a Christmas Carol at my door last night. I should like to have given him something.

Of all the Christian holidays, Christmas must be the most sociable. It is a season for family and friends to spend time together and engage in joyful group activities. And one of the most joyful of those activities is the making of music and the singing of Christmas Carols.

How to Leverage Entrepreneurship and …
When will I get to write?
10 Benefits of why you should hire th…
Merry Christmas and Mahatma Gandhi
CBD 2020: What to Expect + Our Top Pr…

Imagine Christmastime without music or carols. It just wouldn’t be the same. And yet, ironically, in the very earliest years of Christianity there was no Christmastime to speak of, much less music to celebrate it. Easter—commemorating the miraculous resurrection of the crucified Jesus—was the main holiday of devout Christians. The birth of Jesus, by comparison, seemed an unimportant affair and simply was not celebrated.

In the fourth century, however, church officials decided to proclaim the birth of Jesus as a holiday. The history behind that proclamation illustrates the genius of Roman Catholicism for incorporating secular, pagan traditions into its religious rituals. One of those is the tradition of caroling. 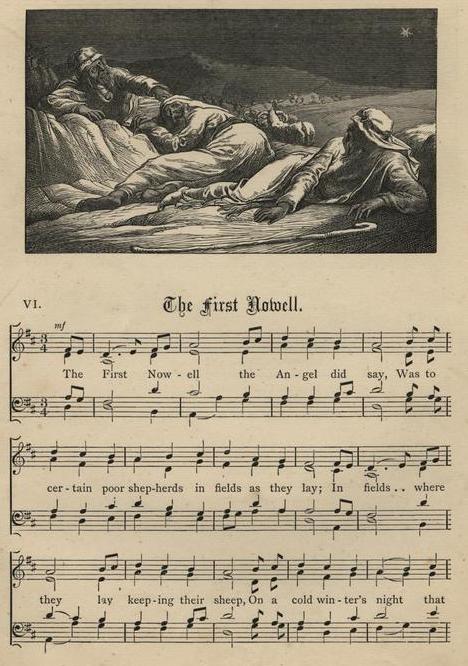 The first known hymns celebrating the birth of Christ date back to the 4th-century, and most were in Latin. Unlike the joyful, accessible carols most of us are familiar with, the Latin hymns of that long-ago time, such as Veni redemptor gentium and Corde natus ex Parentis, were rather austere statements of the theological doctrine of the Incarnation.

Therefore, it is important to make a distinction between hymns and carols. Indeed, nowadays, anyone who hears the word “carol” by itself automatically assumes it refers to Christmas Carols. But that is not accurate. Based on the etymology of the word (the Latin carula, meaning a circular dance, or possibly from the Greek word for “flute player,” referring to the musician who accompanied the singing of the dancing group), we can assume that the first carols originally took the form of secular, popular dance music. Once Christianity took root in Europe, that popular caroling music was re-purposed to celebrate the birth of Christ through festive singing, generally religious but not necessarily connected with church worship. 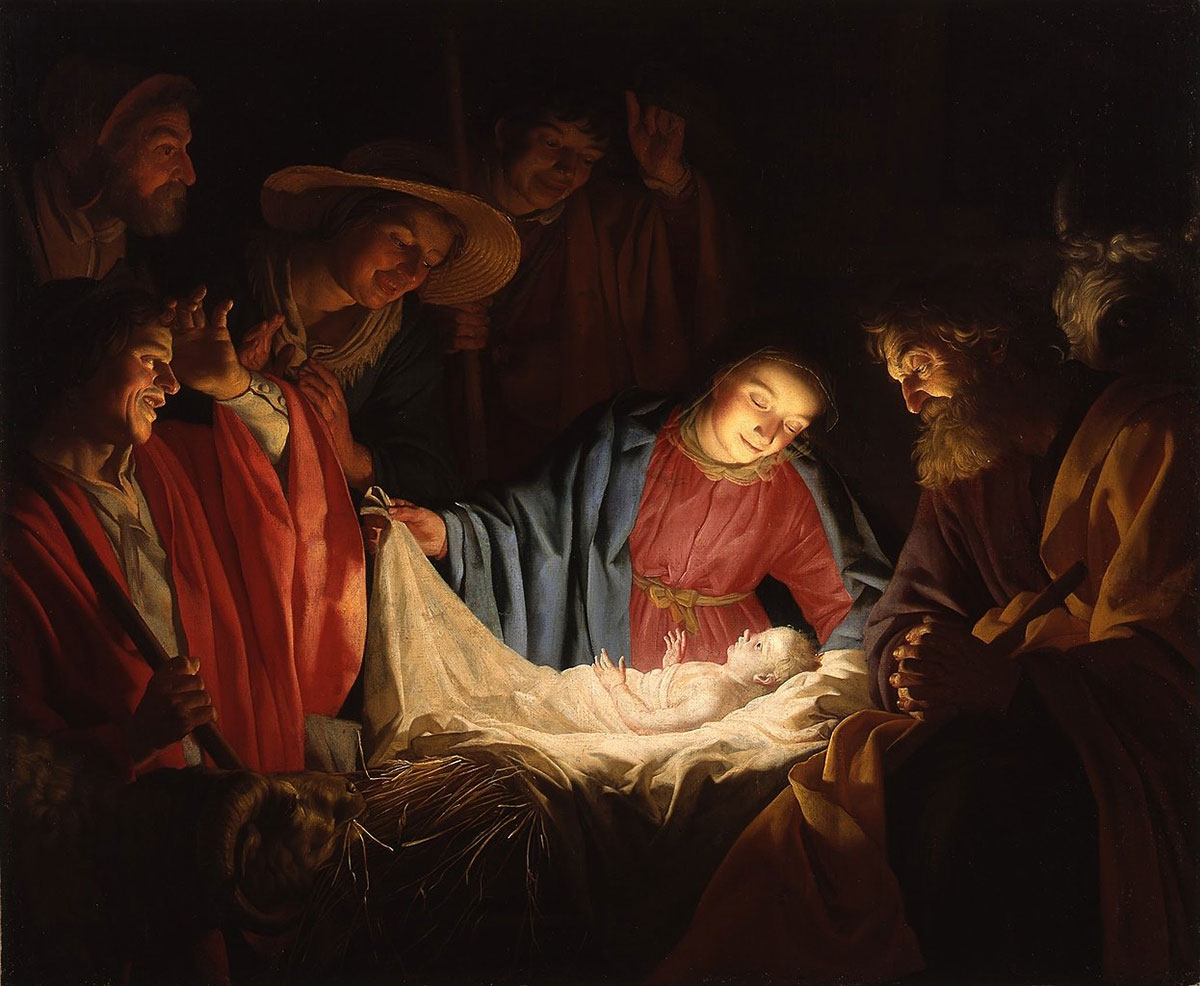 ‘Adoration of the Shepherds’ by Gerard van Honthorst (c. 1622) depicting the nativity of Jesus (Source)

Christmas and Caroling in the Middle Ages

The New Testament does not specify the date of the birth of Christ. Perhaps in an effort to adopt and absorb the traditions of the pagan Roman Saturnalia festival (an ancient Roman festival in honor of the god Saturn and a period of general merrymaking), Pope Julius 1 chose December 25. 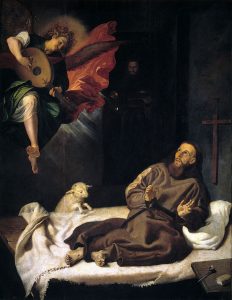 In a previous blog post we talked about the first outdoor Nativity scene,  created by St. Francis of Assisi in the year 1223 in Greccio, Italy. In a similar manner, St. Francis is credited with inventing Christmas caroling as we understand the term today. Prior to the time of St. Francis, only church officials had been encouraged to sing carols. After 1223, however, other churches began displaying such scenes at Christmas, where people would act out the events of the Holy Night.

The actors composed Christmas carols to sing during their Nativity plays and, later, would stroll through the streets still singing. In that manner, did street-caroling come to be. For that reason, St. Francis is often called the “Father of Caroling.” 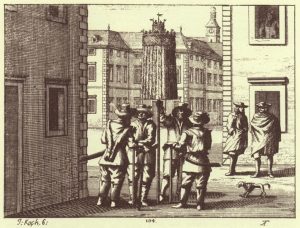 ‘Carol-singing men in a square in Ljubljana,’ by Janez Vajkard Valvasor (1689) (Source)

By the later Middle Ages, wandering minstrels were traveling from town to town performing their carols. Later still, villages established their own bands of “waits,” as they were called. Waits were originally watchmen who patrolled the streets and byways of the old walled cities, keeping guard against fire and singing to while away the night hours. During the holiday season, the waits would include carols in their repertoires, and thus began the Christmas tradition of traveling from house to house, playing music and singing carols.

By the 15th century, people tired of old Church teachings that denounced dancing and communal singing of hymns and carols by people other than the trained church choir. The common people began to express their own feelings about Christian music, preferring to sing in their own languages instead of in Latin. As a result, carols began to develop in the languages of the people, sometimes with choruses in Latin. A gradual substitution of folk songs and dance tunes for the solemn church music took place. The public wanted music that was less severe and livelier.

During the 16th century, carols became more and more popular. English carols continued to flourish, and throughout the rest of Europe folk songs were becoming increasingly popular, with a special emphasis on the Christmas season. The popularity of bards and wandering minstrels and the growth of ballads also had a strong influence on religious music. In 1521 the first printed book of carols was produced; and beginning in 1562 carols were widely distributed in England through printed “broadsides,” often illustrated with crude woodcuts, showing nativity scenes.

During the Protestant Reformation, the Puritans banned Christmas in England, associating it with drunkenness and other misbehavior. However, it was brought back as a legal holiday in England in 1660 with the restoration of King Charles II of England, yet remained disreputable in the minds of many people.

It was in the early 19th century, however, that Christmas as we recognize it today was reconceived by a number of influential authors as a holiday emphasizing family, children, kind-heartedness, gift-giving, Santa Claus and, of course, Christmas caroling. In America, interest in Christmas had been revived in the 1820s by several short stories by Washington Irving which appear in his The Sketch Book of Geoffrey Crayon, Gent. In 1822, Clement Clarke Moore wrote the poem A Visit From St. Nicholas (popularly known by its first line: “’Twas the Night Before Christmas”). In 1843, Charles Dickens wrote the novel A Christmas Carol, which helped revive the “spirit” of Christmas and seasonal merriment. Its instant popularity played a major role in portraying Christmas as a holiday emphasizing family, goodwill, and compassion. 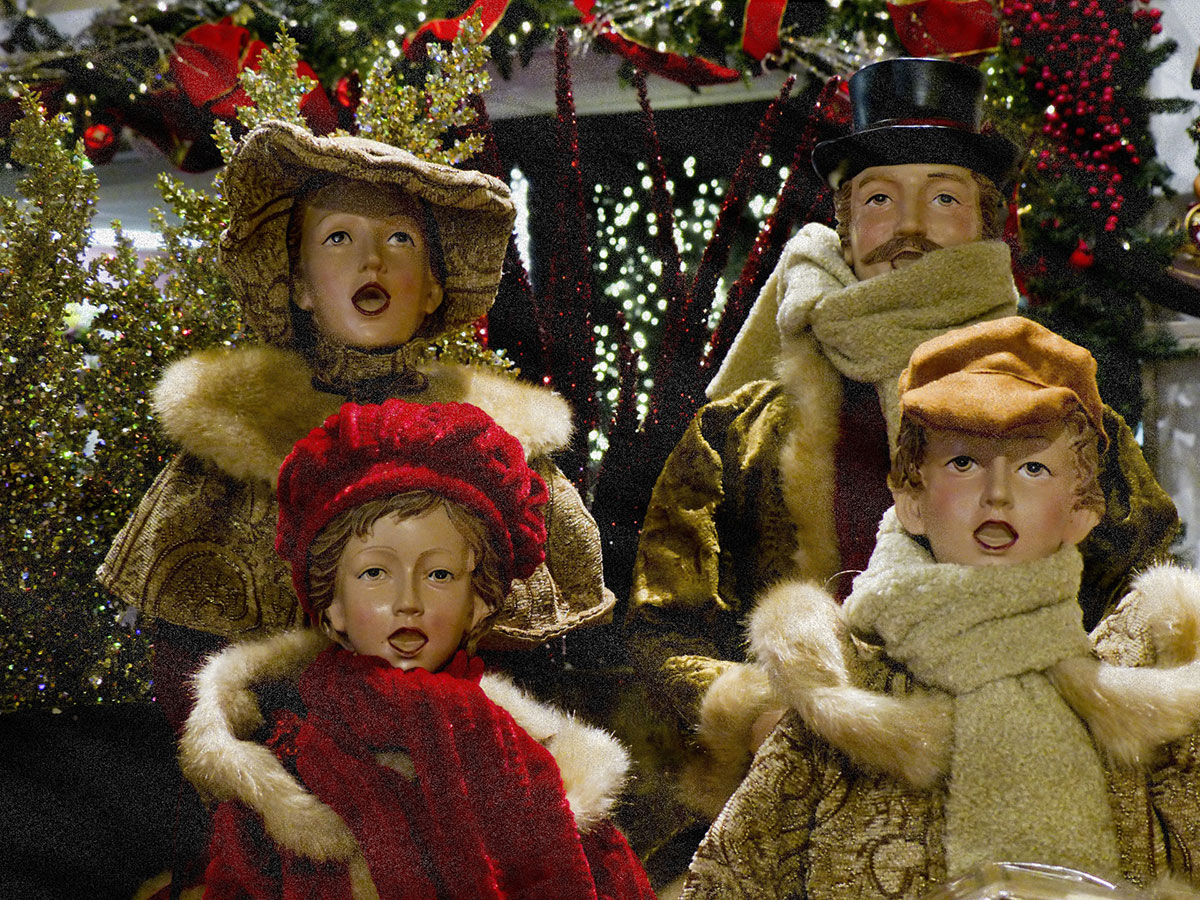 Carolers in the Snow

The publication of Christmas music books in the 19th century helped to widen the popular appeal of carols. The first appearance in print of well-known carols such as “God Rest Ye Merry, Gentlemen,” “The First Noel,” “I Saw Three Ships,” and “Hark! The Herald Angels Sing” was in William Sandys’ 1833 collection, Christmas Carols, Ancient and Modern. Composers such as Arthur Sullivan helped to repopularize the carol, and it is this period that gave rise to such favorites as “Good King Wenceslas” and the New England carol, “It Came Upon the Midnight Clear.” The Oxford Book of Carols, first published in 1928 and edited by the British composers Martin Shaw and Ralph Vaughan Williams, became a widely used source of carols in among choirs and church congregations in Britain and remains in print today.

The singing of carols was further popularized in the 20th century when Oxford University Press published one of the most comprehensive carol books in the English-speaking world, Carols for Choirs, in 1961. Today, Christmas music performed in the United States ranges from religious-themed carols such as “Away in a Manger” and “O Little Town of Bethlehem” to popular secular songs such as “Jingle Bells” and numerous other Christmas carols of varying genres.

The post A Brief History of Christmas Carols appeared first on .

A Brief History of Christmas Carols