God Can Raise Up Anybody 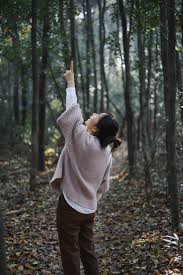 - God Can Raise Up Anybody

"and lifts the Poor from the dirt and the hungry from the garbage dump, 8 and sets them among princes!" (Psalm 113:7-8 TLB)

For men to help you toward a higher position, they ask for certain qualifications. A business degree, a professional and social proficiency certificate etc., but when God wants to lift a man up, He needs no permission nor secular qualification, just that you have a heart for Him.

Our theme verse says He lifts the poor from nothing and even take hungry men from the dumpster and make them princes. And He is still in the business of doing that today. He did it with Jephthah an outcast. Scripture says He took David from the sheepfold (Psalm 78:70). He took Moses from being a vagabond to being a saviour and Joseph from a prisoner to a governor. He didn't ask them for any certificate, just a proof of their love for Him. Remember that His eyes go out through the world to lift the man whose heart is given to Him (2 Chro 16:9).

Isaiah calls the blessing upon a man perfect peace--lacking nothing, needing nothing (Isaiah 26:3). And He can do the same for you. Look at Lazarus, he had nothing but a bad stink and God still raised him up into a wonder. How much more you who are living wonders already through Christ? The theme scripture says He will set us as princes when rightly understood. We won't just be among princes as mere men, because when He lifts us up, it is not to serve princes or to just associate with princes, it is to be one yourself.

"He lifts the poor from the dust—Yes, from a pile of ashes—And treats them as princes, Sitting in the seats of honor. For all the earth is the Lord’s. And he has set the world in order." (1 Samuel 2:8 TLB)

All men He raised starting from Abraham were declared princes; and so will He do for you. All you have to do is prove you genuinely love Him, and seeing He doesn't forget to reward love (Hebrews 6:10) and honour faithfulness (Matt 25:29), He will lift you up (see Psalm 40:1-4)

God Can Raise Up Anybody