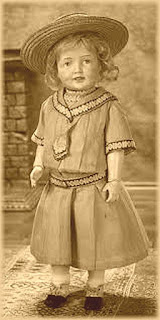 Alexander Stafford was a son of a bitch. He recklessly left the proof all over his wife's face. For eight years or so, she had been beaten. When they married, she had no idea she had signed up for this. It didn't matter whether he had been drinking, sleeping or taking a shit. The slightest disruption, sometimes even the smallest sound, would send him into a rage. It started almost immediately after the birth of their daughter. They married because of little Olivia. Apparently, while Karen Stafford found great hope in their newborn child, Alex found every reason for contempt and eventually abuse. He changed the day Olivia was brought home from the hospital. It must of flown over his head that all babies cry, and not always with a reason. When Karen pointed this out, he slapped her hard across the cheek. It left a mark. Slapping turned to punching, punching turned to kicking and they all met somewhere in the middle. He was at his worst when he had been drinking. No matter what happened, no matter how much pain he inflicted, protecting Olivia was Karen's primary concern. She considered herself a human shield, useful in distraction. By her eighth birthday, Olivia seemed relatively unscathed by it all. He had never laid a finger on her, Karen made damn sure of that.