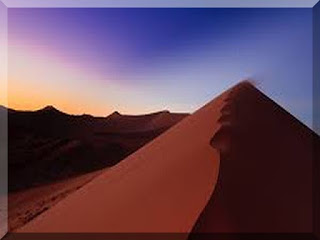 Duke knew right away that he was in trouble. The energy wave in the air that he passed through seemed to kill all the systems and the plane went from soaring to descent. It was a no brainer. With no time to call for help, Duke Reed unlatched the cargo door and dropped out of the spiralling aircraft. He prayed that always wearing his parachute would finally pay off. With the chute engaged, he watched as the white and red Cessna Skyhawk dropped out of the sky and crashed onto the desert floor beneath him. The explosion rocked the sea of Sand upon contact, just like a large ripple in the water would. A pinnacle of smoke and fire propelled up into the hot Egyptian sky. In the distance, Duke saw his intended destination. He had left earlier that morning and headed southwest towards and the Great Pyramids. With no need to refuel for such a short trip, he planned to do a fly-by then return to the airport 15 minutes away. It was clear he wasn't going to keep his schedule. He floated softly onto the sands and shuffled about collecting his chute which he had disengaged from his body. He stood dumbfounded, both hands placed on his hips while staring into the blue middle eastern sky. He took in a deep breath, got his bearings and headed towards the plume of black smoke just over the nearest sand dune. As he neared the crash, the trail of fumes began to fade away.


This post first appeared on Frostbite, please read the originial post: here
People also like
Best Slots You Can Play at Online Casinos
35 Sanity-Saving Moving Hacks For Families
18+ Adult Movies Of All Time To Fulfill All Your Sexual Fantasies| Lolita, Exotica and More
“The Friend Who May Not Seem a Friend” – The Cat and the Fire, Post 2 of 3
Short Happiness Quotes From Famous and Unknown People
The Camel Appreciation Society (TCAS)
Gulf Islands – On Foot