Angular receives a large number of feature requests, both from inside Google and from the broader open-source community i.e.

Goal 2020 review and 2021 Resolution
How to Organize a Blog Post and Struc…
Why Lawyers Use Legal Pads?
It’s Me – Chapter 9
A Ratched venimos por Sarah Paulson y…

Anticipated Features and Benefits of the Angular 12 Release:

10.   Improve Build Performance With ngc as a tsc Plug-In Distribution

The stricter type checking in the reactive forms will allow us:

3)      To improve the type checking for reactive forms

The Zone.js opt-out will be simplifies the framework, improve debugging, and reduce application bundle size.

Additionally, this will also allow us to take advantage of native async and await syntax, which currently Zone.js does not support.

After the transition of all our internal tooling to Ivy has completed, we have the implemented the following:

4)      Lower complexity of the codebase

To improve test time and create better isolation across tests and change TestBed to automatically clean up and tear down the test environment after each test run.

Improved build performance with ngc as a tsc plugin distribution:

Distributing the Angular compiler as a plugin of the TypeScript compiler will substantially improve developers' build performance and reduce maintenance costs.

A long-standing feature request is to add the ability to add directives to host elements. The feature will allow us to augment their own components with additional behaviours without using inheritance.

The NgModules is an optional and it allows us to develop standalone components and implement an alternative API for declaring the component’s compilation scope.

A common problem of the all web applications is their slow initial load time. A way to improve it is to apply more granular code-splitting on a component level. 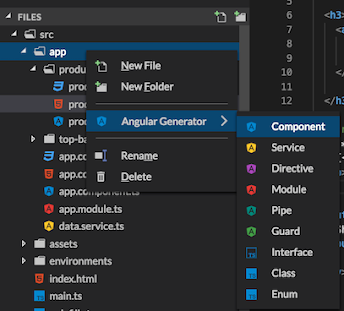 Other capabilities eyed for Angular 12 include:

1.      Support for inline Sass in components

2.      CLI use of strict mode by default for new projects

3.      A new version of the Ivy language service that provides improved type checking

4.      Tearing down the test module and environment after each test and the revision would significantly improve test speed