Previously on Dead Ends in Cryptanalysis, we talked about length-extension attacks and precisely why modern hash functions like SHA-3 and BLAKE2 aren’t susceptible.

The art and science of side-channel cryptanalysis is one of the subjects I’m deeply fascinated by, and it’s something you’ll hear me yap about a lot on this blog in the future.

Barcelona plan to offer €9 million in…
What’s the Zone of Silence?
Follow-Up to “Don’t Be Stupid”
Under Over Fest: Etain And Friends Br…

Since my background before computer security was in web development, I spend a lot of time talking about Timing side-channels in particular, as well as their mitigations (see also: constant-time-js). 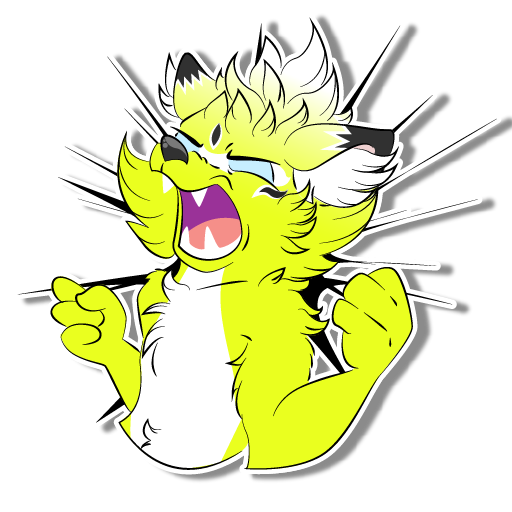 Pictured: Me, when an interesting attack gets published on ePrint.
(Art by Khia.)

However, timing side-channels aren’t omnipotent. Even if your code isn’t constant-time, that doesn’t mean you necessarily have a vulnerability. Case in point:

If you look closely at a constant-time string equality function, you’ll see some clause that looks like this:

A common concern that crops up in bikeshedding discussions about the correct implementation of a constant-time compare is, “This will fail fast if two strings of non-equal length are provided; doesn’t this leak information about the strings being compared?”

Sure, but it won’t affect the security of the application that uses it. Consider a contrived example:

Even though the length of your plaintext is sensitive, it doesn’t really matter that length mismatches leak here: The inputs to the constant-time compare are always HMAC-SHA256 outputs. They will always be 32 bytes (256 bits) long. This is public knowledge.

If you’ve somehow managed to design a protocol that depends on the secrecy of the length of a non-truncated HMAC-SHA256 output to be secure, you’ve probably fucked up something fierce.

“Double HMAC” is a defense against compiler/JIT optimizations, not length leaks.
(Art by Khia.)

When Do Timing Leaks Cause Impact?

Timing side-channels only lead to a vulnerability when they reveal some information about one of the secret inputs to a cryptographic function.

Answer is "yes", and this seems to be somewhat known to the community. In short: the equality test in the Fujisaki-Okamoto transform must be constant-time, or else can do the GPST attack. 2/3

Since most PQ Crypto algorithms use the Fujisaki-Okamoto transform, they’re all potentially susceptible to this attack.

However–and this is important–if what leaks is a public input (n.b. something the attackers already knows anyway), then who cares?

If you’re reviewing some cryptography library and discovered a timing leak in the elliptic curve Signature verification function, you might feel tempted to file a vulnerability report with the maintainers of the library.

If so, you’re wasting your time and theirs, for two reasons:

The first part is obvious (and discussed above), but the second might seem untrue at first: If HMAC breaks this way, why doesn’t ECDSA also suffer here?

. How these numbers are derived and verified depends on the algorithm in question.

In the case of ECDSA, you calculate two numbers (

) based on the hash of the plaintext and

, both multiplied by the modular inverse of

). You then calculate a curve point based on the public key (

). The signature is valid if and only if the x coordinate of that curve point is equal to

from the signature (and isn’t equal to the point at infinity).

Why Don’t Timing Attacks Do Anything Here?

Even with a timing leak on the string compare function in hand, you cannot easily find a valid

for a chosen message for two reasons:

In order to calculate a valid

pair that will validate

, you’d need to know the secret key that corresponds to

It’s not impossible to calculate this value, but it’s computationally infeasible, and the difficulty of this problem is approximately one fourth the signature size. That is to say, 512-bit signatures, derived from 256-bit keys, have a security level of 128 bits.

Aside: Don’t confuse signatures for MACs, as iMessage famously did.
(Art by Khia.)

In order for a timing leak to be useful for cryptanalysis, it cannot leak a publicly-known input to the cryptographic operation.