To test this script, I will apply tags to few of my clusters in the virtual Datacenter, below is the screenshot from my environment, No tags are created on to them. All the information is in csv file. 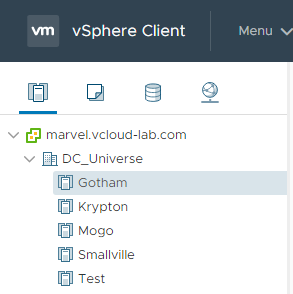 After running the script, It applies the changes from the csv file and shows nice result, new changes are shown in yellow.

In this example, I have made few changes on the few tags on the clusters, deleted one entry and modified name of the tag. Then rerun the script to sync changes with red result is modified, Yellow is new created tag and Green results means already existing tag and no changes are done. 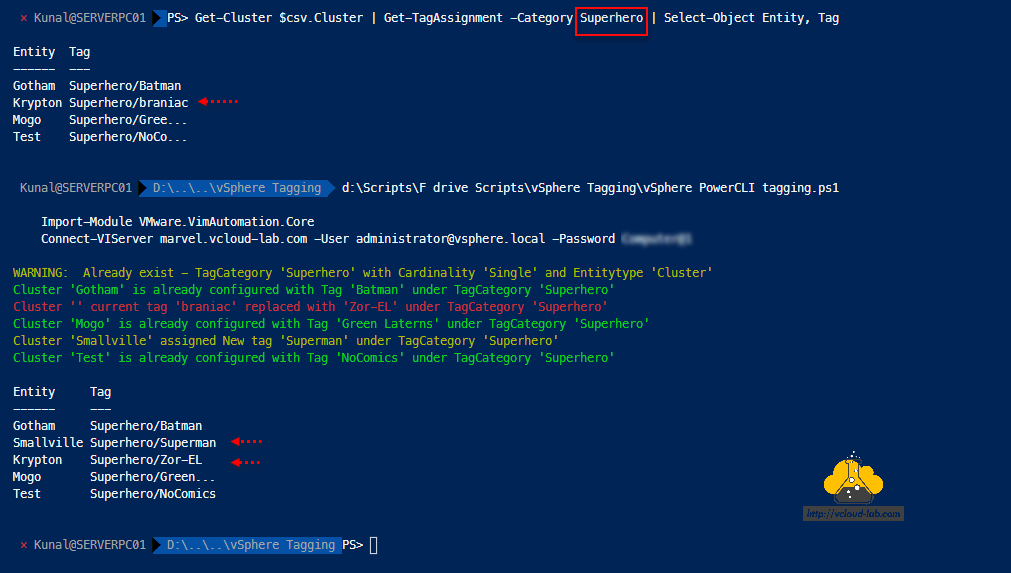 Download this vsphere powercli tagging, it is also available on github.com/kunaludapi.