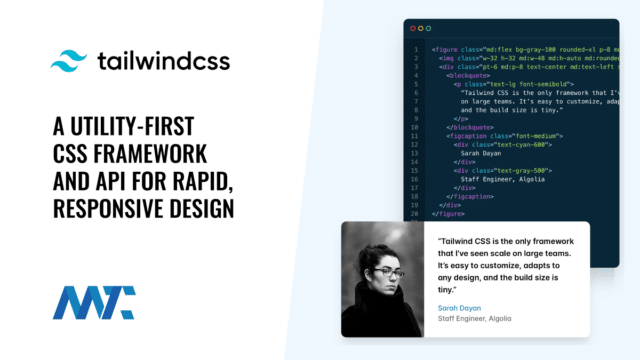 While I'm deep into tech on a daily basis, I don't get as much time as I'd like to share the complex integrations and automation that my company implements for customers. As well, I don't have a lot of discovery time. Most of the technology I write about are companies that seek out Martech Zone covering them, but every once in a while – especially via Twitter – I see some buzz around a new technology that I need to share.

If you work in web design, mobile app development, or even just set up a content management system, you've probably wrestled with the frustrations of competing styles across multiple stylesheets. Even with the amazing development tools built within each browser, tracking down and cleaning up CSS can require far too much time and energy.

In recent years, designers have done a pretty amazing job of releasing collections of styles that are prepped and ready to use. These CSS Stylesheets are better known as CSS Frameworks, trying to accommodate all of the different styles and responsive capabilities so that developers can just reference a Framework rather than building a CSS file from scratch. Some popular frameworks are:

While other frameworks do a great job of accommodating popular user interface elements, Tailwind uses a methodology known as Atomic CSS. In short, Tailwind ingeniously organized the class names using natural language to do what they say they do. So, while Tailwind doesn't have a library of components, the ability to easily build a powerful, responsive interface just by referencing CSS class names is elegant, fast, and incomparable.

Here are some really great examples:

Tailwind also has a fantastic extension available for VS Code so that you can easily identify and insert classes from Microsoft's code editor.

Even more ingenious, Tailwind automatically removes all unused CSS when building for production, which means your final CSS bundle is the smallest it could possibly be. In fact, most Tailwind projects ship less than 10kB of CSS to the client.

This post first appeared on How To Optimize Prestashop For Increased SEO And Conversions, please read the originial post: here
People also like
Creating and Selling Digital Products
Improving Mental Health Through Exercise
Strony www
Comparison Between The 3rd Ranked & 2nd Ranked Framework: Flutter Vs Angular
Transforming Business
Cabbage benefits for skin
WHAT IS SOCIAL MURDER?
French DJ Wax Tailor Is Coming to Toronto - @modo_live @waxtailor @LeesPalaceTO
Understanding The Importance of CSS In Web Development
The Fundamentals of Ethical Design
The Russia-Ukraine Conflict’s Impact on Europe’s Economy and Living Costs, and the US role
Guide to Solana Pay - A Blockchain Digital Payments Framework

Subscribe to How To Optimize Prestashop For Increased Seo And Conversions