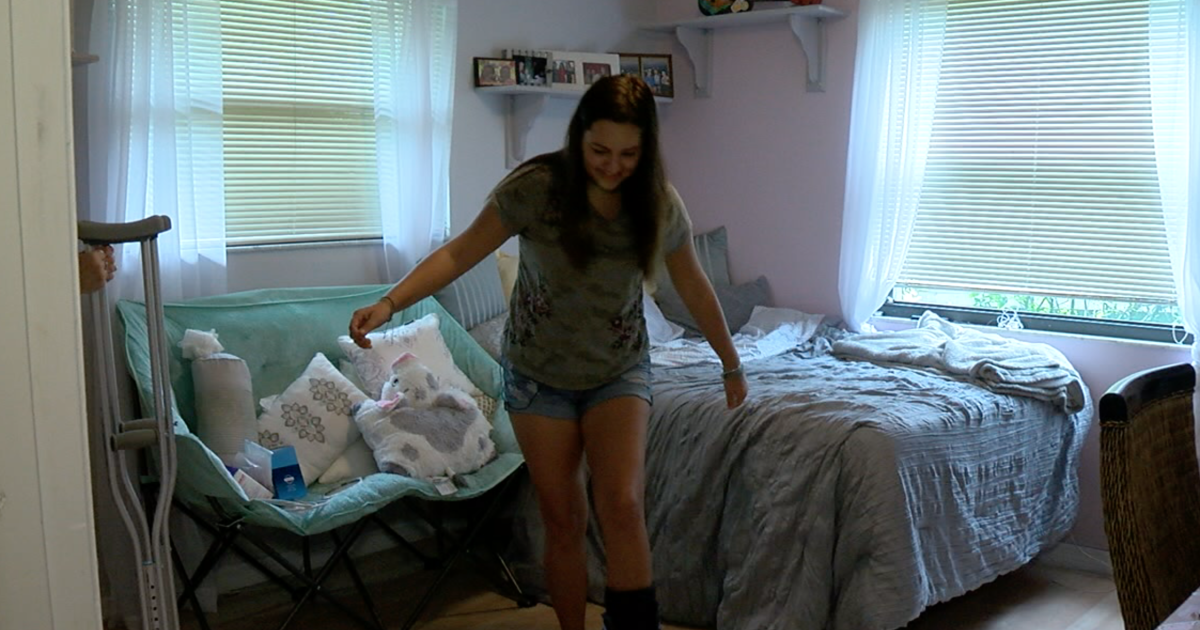 SARASOTA, Fla. — It’s been nearly a month since a Shark attacked Jackie Jozaitis in the waters off of Amelia Island in Nassau County.

Last week, a doctor removed eight stitches from Jozaitis’ left ankle and foot. On Monday, a week before the Sarasota High School student starts her junior year, she is taking her first steps walking around her house.

Jackie was celebrating a friend’s birthday at a resort on Amelia Island. They woke up early, watched the sunrise then jumped into the water for what they thought was going to be a fun day of boogie boarding.

“I was about to hop on a wave, and I was getting ready, and I felt the sharp pressure of the jaw snap on my foot,” Jackie said. “It was kind of the adrenaline kicked in and forced me to run. I was forced to like hop up the beach. There was blood all the way up the beach, all the way up the pool deck coming in, I felt so bad. I did hyperventilate, I was just trying to keep everyone calm.”

Thankfully, the shark didn’t get a good grip on her ankle or doctors said she could’ve lost her entire foot.

Despite intense pain in her foot, Jackie is in good spirits. The family even took a trip to The Florida Aquarium on Sunday to get a closer look at the apex predator that attacked her.

Jackie took a selfie in front of one of the tanks with a giant shark swimming over her shoulder.

Shark attacks on the Gulf Coast of Florida are sporadic. Experts say they are rare on the East Coast as well but happen more frequently.

According to numbers recorded by the State of Florida from 1882-present, there have been a total of 303 unprovoked attacks in Volusia County, compared to just four attacks in Manatee County.  With a recent spate of attacks, of course, those numbers will go up.

Doctors told Jackie she could be walking without crutches in 4 weeks or so. She is on the color guard, but the team is holding her spot until she is strong enough to walk again.

“I have a lot of classes that are upstairs, so my school gave me an elevator key to get to those classes, and my campus is huge, so I’ll have to do a lot of crutching around,” Jackie said. “They (doctors) said it will hopefully all heal completely. There are still nerves that were severed, so making sure those heal correctly.”