Behind Kelly Clarkson‘s hazel eyes is one heck of a Billboard Music Awards host.

The pop star and American Idol alum returned to the MGM Grand Arena in Las Vegas on Wednesday evening to emcee Music’s No. 1 Night for her second consecutive year, and she most definitely brought it!

Not only did Kelly wow the crowd with her undeniable charm and comedic stunts, but she also took the stage with an unforgettable performance. So was the world-famous performer feeling the pressure when it came to taking on double duty?

As Kelly told E! News before the show, “I’m not really nervous about either. Performing, obviously, is fun and I am doing ‘Broken & Beautiful’ from the UglyDolls soundtrack. And then I’m hosting! I just have fun with it. Hopefully they like it and if you don’t, whatever. It’s happening regardless.”

Check out our favorite Billboard Music Awards moments courtesy of Kelly below! 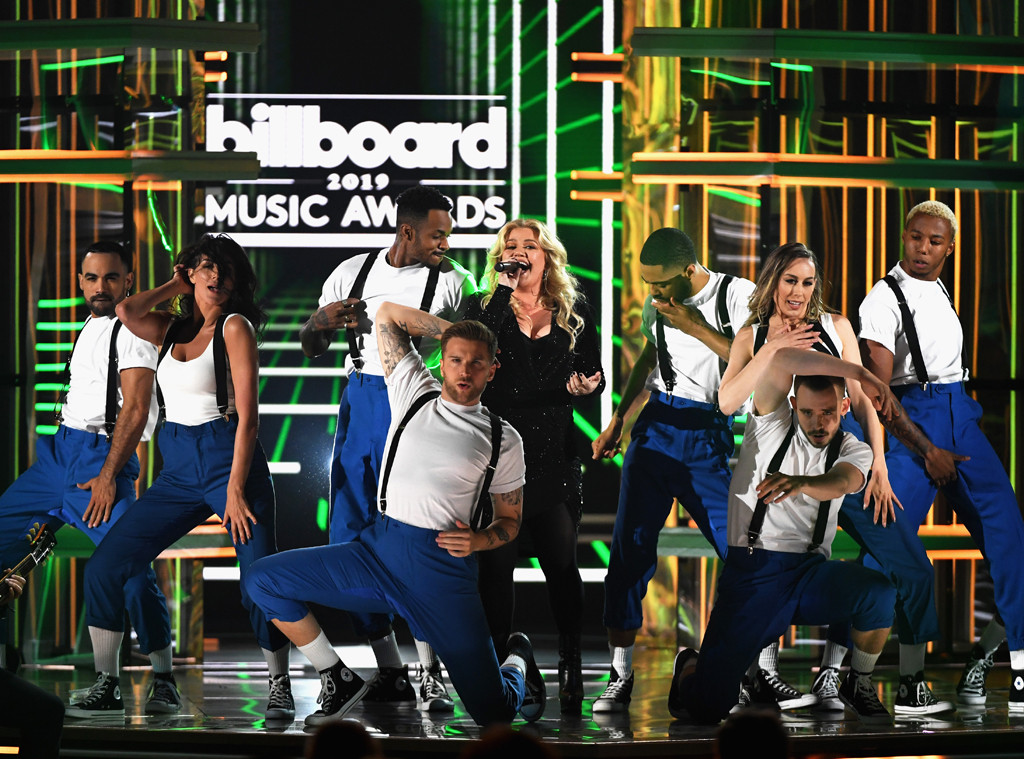 An Opening Medley to End All Open Medleys:

After Taylor Swift and Brendon Urie opened the show with an epic performance of “ME!,” Kelly officially kicked things off with some help from Rob Grongowski (dressed in a police uniform) and the guys from Florida Georgia Line. After being mistaken for a seat filler, the host broke out into an epic rendition of today’s biggest hits. From Maroon 5‘s “Girls Like You” to Khalid‘s “Love Lies,” even Cardi B was on her feet rocking out to “I Like It.” 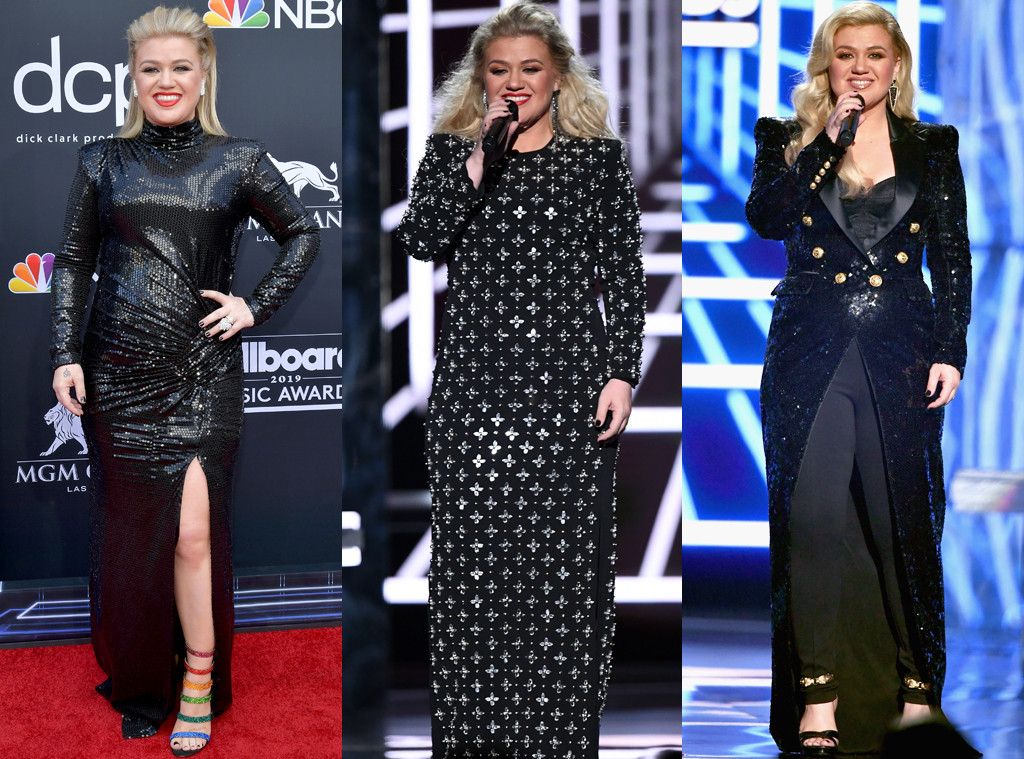 Can We Talk About All the Outfit Changes, Though?:

When it comes to must-see style moments from the Billboard Music Awards, Kelly continued to deliver over and over again. There were many iterations of a classic black gown, and each and every one proved more stylish than the next. Plus, those rainbow pumps Clarkson rocked on the red carpet? So trendy! 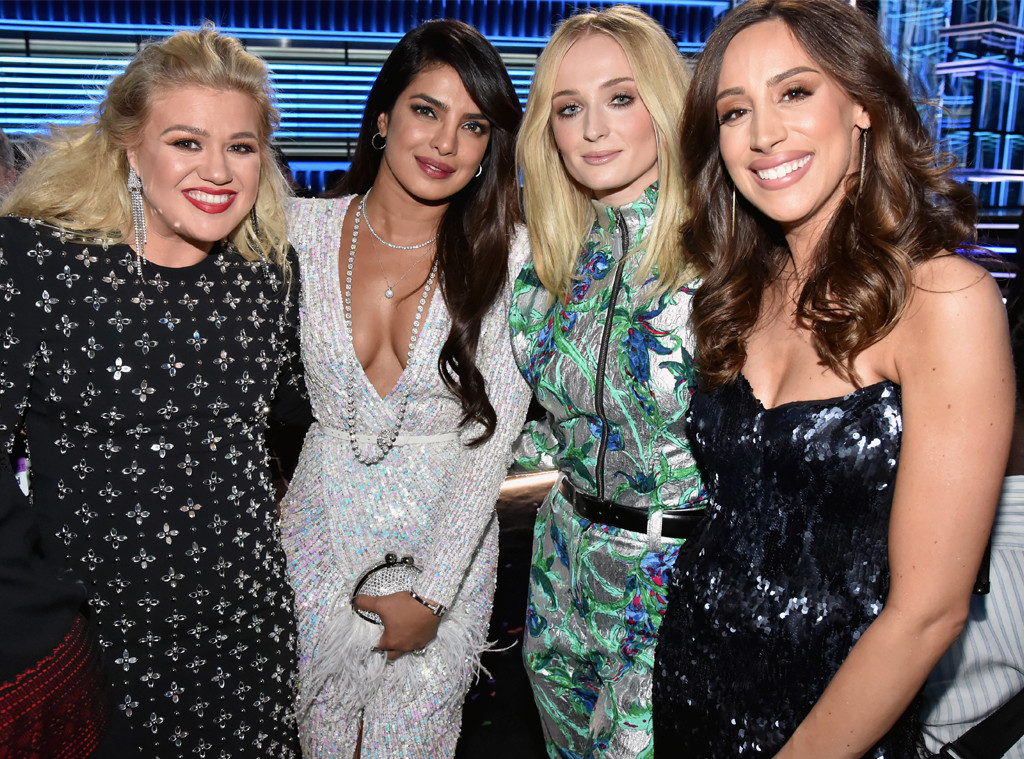 This moment alone would have made this year’s BBMAs its best ever (Kelly + the “J Sisters” = pop culture magic), but we’re so grateful for the many celeb interactions our host had with fellow A-listers. From fangirling over Icon Award recipient Mariah Carey to reuniting with American Idol judge Paula Abdul, there was no shortage of feels onstage at the MGM Grand Arena in Las Vegas. 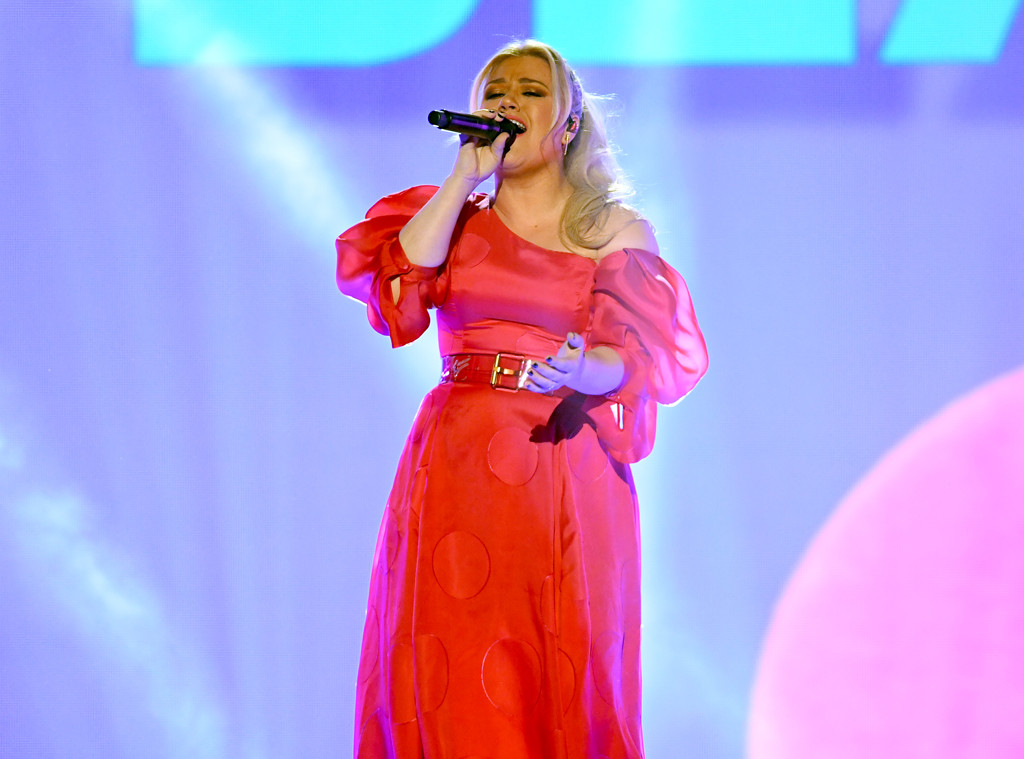 Almost nothing compares to seeing Ms. Clarkson belt her wide-ranging discography, and her finale performance of “Broken & Beautiful” was no exception. Dressed in a stunning, hot pink gown, the pop star was utterly delightful as she brought the upcoming animated flick UglyDolls to life.

Watch E! News Thursday, May 2 at 7 p.m. for a recap of The 2019 Billboard Music Awards’ biggest moments!