or even the more surreptitious approach

“how fast do Coachella tickets sell out??“

Buying Coachella tickets is hard. I have always missed out.

Best French Press Travel Mugs for Tas…
Get Managed IT Services in Plano Toda…
Sports Management Programs
If We Are Distance Learning Again Thi…
Learning from LadderLeak: Is ECDSA Br…

Because even though the music festival takes place twice, on two separate weekends, it is still near impossible to guarantee Coachella Tickets due to the festival being so damn popular. Weekend one 2017  sold out in less than an hour during the resale.

WHEN DO COACHELLA TICKETS GO ON SALE?

Yes the Coachella 2018 ticket presale has already taken place and an estimated 75% of the tickets are therefore already gone. With only a few left to go on sale at the beginning of January, you’re going to have to take your Coachella game to the next level if you want guarantee getting Coachella tickets in 2018.

In previous years I had gone to the Coachella ticket purchase page and waited as my little digital man slowly makes his way across the screen only to be told that tickets were sold out after an hour of waiting and with my little guy still only half way towards his destination.

Translation – I wasn’t even close to buying coachella tickets.

This year was different.

I was determined to get tickets. Coachella ticket prices had gone up again, but I wouldn’t let that stop me dammit. I would not be beaten. So I researched, tried to learn how Coachella’s system works, I had to become Coachella.. think like Coachella…

Not only did I manage to get myself tickets, but also 20 of my closest friends – who, unlike me have normal jobs and couldn’t be online at 11am.

Thats right, I got 40 tickets for friends(2 each) in less than hour.

As soon as tickets come online, you go to the website and open up the ticket window, essentially confirming your place in line for tickets. However what if you could have multiple friends in line at the same time?

Think of it like trying to get a drink at a bar, rather than picking one end of the bar and putting all your eggs in one basket you increase your chances of getting served by all getting in line across the entire bar.

In order to increase your chances of even getting the chance to actually buy Coachella tickets you need multiple spots in line.

The algorithm Coachella uses to dish out tickets isn’t exactly known but it seems to be a mix of random selection weighted towards people who get in line earlier. You must therefore have multiple spots in line as early as possible.

However you can’t just open up multiple windows on you laptop as coachella only assigns one “QUEUE ID” to each person generated through a cookie attached to their browser.

One advantage of this is that if you accidentally close your window, or lose internet connection, once you log back in the system(within 10 minutes) will recognize your “Queue ID” and you won’t have lost your spot. However it makes it harder to get multiple spots in line.

To get multiple spots you are going to need multiple ‘queue ID’s’, so lets get a little cheeky with it…

1) Sing up to Coachella’s mailing list to get a head up when tickets are going on sale. The actual date only comes out a week before so it’s easy to miss. Set and alarm and DO NOT MISS IT. It is usually during the first week of January.

2) Get as many laptops, phones computers as you can. Borrow form work, roommates, friends, steal if you have to. Each device will have it’s own Queue ID.

4) On each laptop download and install 5 different browsers: Safari, Opera, Firefox, Chrome and Vivaldi. Each browser will also have it’s own Queue ID for that particular device. Congratulations, you’ve just increased the chance of getting coahcella tickets 5 fold per device.

5) Open up a window in each browser on each device. Whilst opening up multiple tabs or windows in the same browser will give you the same Queue ID(not helpful at all), it is possible to open a second, special window in each browser that will give you a unique Queue ID. These are windows that don’t save any data from your web searches, including any cookies – they are most often referred to as ‘private browsing’. On chrome the window is called ‘incognito mode’. Now you have 10 Unique Queue ID’s per device.

6) Get in line at https://www.coachella.com/guidebook/passes/ 20 minutes before they go on sale. Whilst the tickets usually don’t go on sale until 11am PST, from my experience It seems as though the website does start logging cookies and Queue ID’s 10- 15 minutes before. So even though you won’t see a little running man yet, signaling your place in line, the system has registered your position internally. Depending on how many separate windows you have open, it will take you 5 -10 minutes to log in on each page, so account for this time.

7) Have all your information ready. Once you get to the front of the line you only have 10 minutes to buy your tickets. Coachella only allows 2 tickets per person. So if you are buying for a friend, have their account details, address and credit card details ready. Filling all this in can take 5 minutes and if two windows get to the front of the line at the same time you are going to be pushed for time. 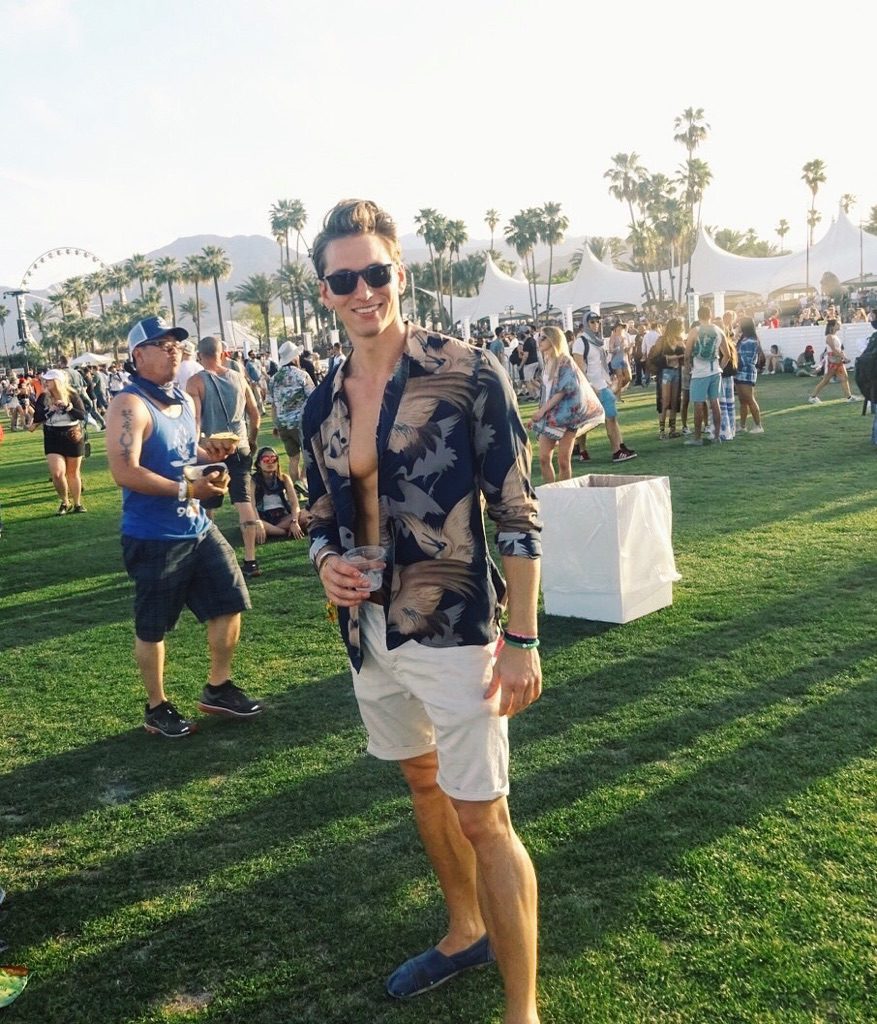 Bring on next Coachella 2018 baby!

HOW MANY TICKETS CAN I BUY AT ONCE

You can only buy coachella tickets two at a time, as in only two tickets per person per weekend. Each weekend is a different page so you will to get tin separate ‘lines’ for weekend one and weekend two. If you want to buy tickets for friends, you will need their Coachella account details(or set up anew account for them), their email, home address and credit card details.

WHAT IS THE COACHELLA 2018 LINEUP?

The Coachella 2018 lineup will most likely be released at the beginning of January, as historically that has been the case. Which is also just a couple of days before Coachella 2018 tickets will go on sale. However we do already know that Beyonce is definitely headlining as she dropped out of Coachella 2017 and was replaced last minute by Lady Gaga