Illinois Girl Reported Missing – A year and four month old baby, Semaj Crosby was reported missing on Tuesday from her home in Chicago has been found dead inside a settee in her house.

The girl who can be identified as Semaj Crosby was last seen on Tuesday evening outside her home. Since the report of the missing girl had been filed, the Illinois Department of Children and Family Services officials has been at the house looking into a complaint of neglect against the baby’s mother.

Quick Tips To Talk Yourself Down From…
Empire of Language- Prelude-Metaphors…
Everybody wants me, so when do I self…
Q&A with Phil Yates: Shaping the Futu…
Exhibit D: Lipstick and rifles--Ukra… 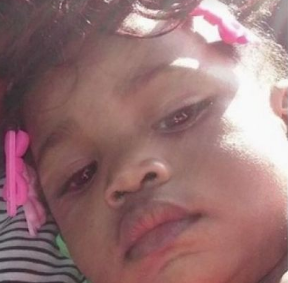 According to a statement from the agency, her body was discovered when the Will County Sheriff’s office and FBI carried out a search warrant on Wednesday at the home and found poor Semaj Crosby dead inside a settee in the house. This was done after the mother’s lawyer had given the search group license for the house to be ransacked.

The house was reported to be cramped up with over fifteen people living in it. The Will County Sheriff referred to them as “squatters.”

An autopsy is to be made on her to find out the real cause of her death.

May the poor dear rest in peace!.