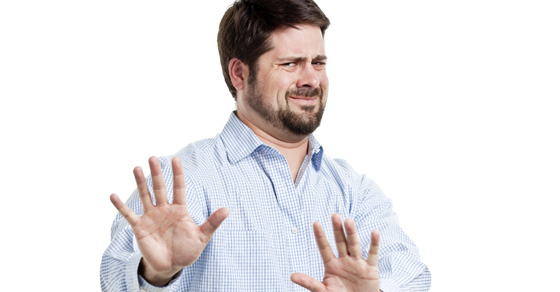 God created man in His own image and likeness and He said, "behold, it was very good". Whenever God says 'good', it means perfect. Man was created perfect, and he lacked nothing.
But Satan later engaged man into gossips, and succeeded to convince man that what God said about him weren't true. God put part of himself in man, but Satan wants man to be a god of himself, which he thought was the best.

Podcasting
Best Low Acid Coffees That Won’t Upse…
How Artificial Speech Can Revolutioni…
Got Oil Supplies Review-Start Essenti…
Etisalat Customer Care Number & Call …
"For God doth know that in the day ye eat thereof, then your eyes shall be opened, and ye shall be as gods, knowing good and evil." Genesis 3:5 KJV
Man didn't want God to see him good, but instead he wants to see himself good, which means, he wanted to be his own independent boss, or god. This can only happen when he goes against God, and that's what he did.
When man allowed himself to be beguiled by Satan and ate from the tree of knowledge of good and evil, he began to see himself naked (different from how God sees him). As a result of that, he separated himself from God and went to hide.
Later God called him, but he was afraid to come out from his hiding, but only to tell God he was naked. God then asked; "who told you are naked". God knew Satan had talked to man, but He wanted man to confess.
Even to this very day, these Negative voices of Satan are still echoing in the ears of Christians. These voices are telling you;"you not smart enough, you too poor, you too ugly, you will never marry, you are too fat, you too dark, you too old, you not well educated, you are barren", and the list goes on.
These negative voices echoing in your ears are from Satan, and are all lies! Satan will always make sure you never see that image and likeness of God in you. Satan doesn't want you to know there is beauty, potential, and success in you. He wants you to choose wrong paths, and he wants to hijack your destiny.
So, whenever you hear any negative voice, or someone sends negative words to you, reject it in Jesus Christ name! Don't joke with words, because there is power of life and death in word.
Lastly, begin to confess what God says about you and stop negative confessions!
Image Credit: musicindustryhowto.com