Wonderful reasons to be grateful to your mother 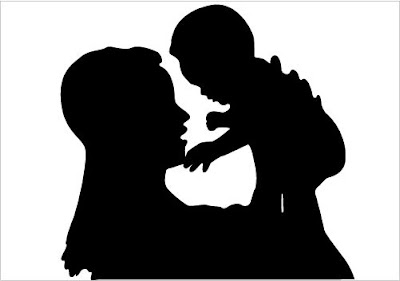 there have been many mothers whose efforts have contributed to the progress of great men.Great personalities of the world owe their success mainly to the mothers who have duly performed their serious duties and played their fundamental role in building up their children.
Edison and his Mother.
Edison not only failed to show any talent in childhood, but also seemed to be quite stupid since he had an excessively large head. His relatives and acquaintances thought him to be suffering from mental aberration. The strange questions he asked them from time to time, too, confirmed this supposition of theirs. Even at school, which he did not attend for more than three months, he was nicknamed 'stupid' owing to his repeated questions to the teacher.
So, one day he returned home in tears and narrated the matter to his mother. She took his hand and they returned to the school. Addressing the teacher, she said: "You don't know what you say. My son is more intelligent than you. The trouble lies in this same fact. Now I will take him back home and undertake his education myself, and will show you what talent is hidden in him!" Such was the strange prediction of that mother! Thenceforth she did as she had promised, and undertook his education.
A friend of Edison's family writes in this connection: "Sometimes while passing by Edison's house I noticed Mrs. Edison and her son sitting in the vestibule, while she was engaged in teaching him”.
This place served as a classroom, and he was the only pupil there. His gestures and movements were like his mother's, and he loved her very much. When she spoke, he listened attentively, as if she was an ocean of knowledge.
As a result of his mother's efforts, Edison managed, even before the age of nine, to read the masterly works of such writers as Gibbon, Hume, Plato, and Homer. This wise and intelligent mother also taught him geography, history, arithmetic and ethics. Edison attended school only for three months, and all he had learnt during childhood was through his mother. She was a true teacher in every sense of the word, since her care was not only for his education, but also to discover his natural talents and develop them. In later years, when Edison rose to the height of fame, he said: "In childhood, l realized what a fine figure a mother is. 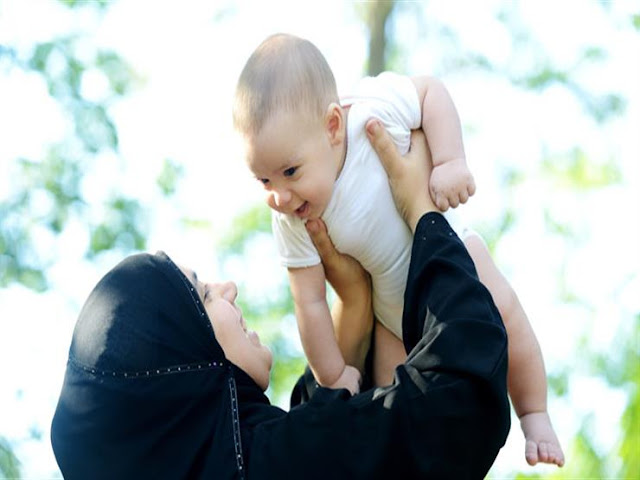 When the teacher called me 'stupid', she defended me. I determined seriously to prove that she was not mistaken about me." He also said: "I shall never lose the effects of my mother's education. If she had not encouraged me, I may not have become an inventor. In my mother's opinion, if those who went wrong after attaining adolescence had been educated and taken care of sufficiently, they would not have become useless parasites in society.
The experiences she had gathered as a teacher, taught her many secrets of human nature. I had always been careless, and if it had not been for her attention, I would, in all probability, have deviated from the proper course. But her steadfastness and goodness were the powerful factors that checked me from deviation and error
Sheikh Murtadha Ansaris  Mother
The late Haj Sheikh Murtadha Ansari, wept bitterly at the death of his mother, knelt by her corpse and shed tears of sorrow. One of his learned pupils said in consolation and sympathy: "It is not fitting that you, with such a high scholarly position, should act so restlessly and shed tears on an old woman's death."
That great man raised his head and said: "It seems that you are still unaware of the lofty position of a mother. I owe my position to the proper education given to me by this mother and to her hard work. It was she who laid the foundation of my progress and led me to my present position as a scholar.
10 Wonderful reasons to be grateful to your mother
1. Your mother carried you for 9 months bearing pain upon pain.
2. During this time, she could not eat becuase of you! She could not sleep because of you!
3. When you were a baby, she spent every minute of her life looking after you!
4. She only slept when you slept! She only ate after you had eaten!
5. She was patient and loved you even when you cried all night and when you cried all day !
6. She taught you how to walk, how to speak, how to eat, she taught you how to live!
7. When you fall ill, she looks after you!
8. She always cooks and prepared food for you !
9. She buys you whatever you ask for !
10. She loves you unconditionally !

It’s Me – Chapter 12
Childhood Memories
5 Popular Jewelry Gifts For the Speci…
Interview with the legendary comic bo…
No Cell Phone, Just the Thunderstorms…

Wonderful reasons to be grateful to your mother