Racial Vandalism in My Town? 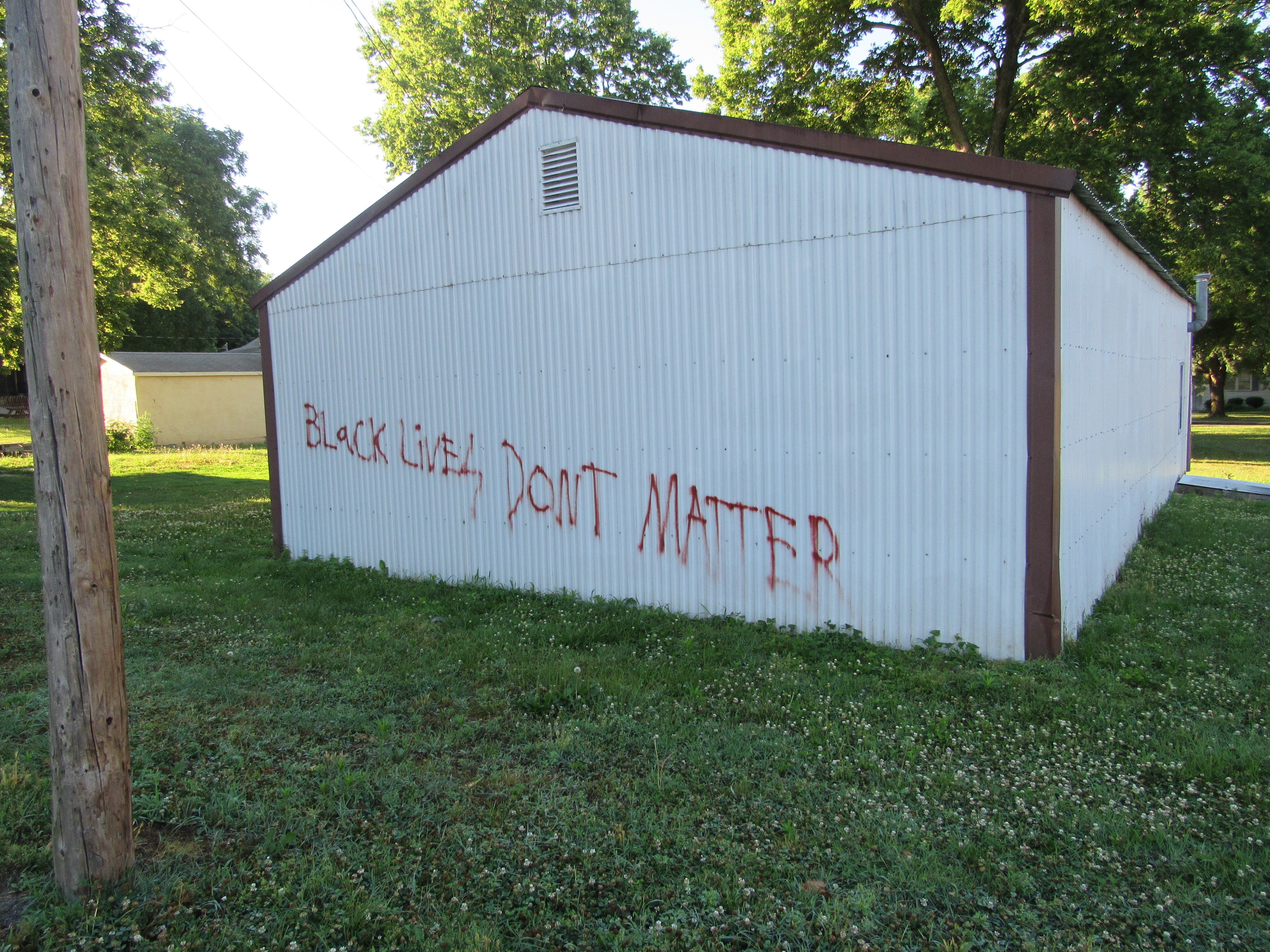 I was out of Town working when I was informed that our community had been vandalized with racial slurs in multiple locations. My first thought was, “What?” I had written two recent columns on George Floyd's death and racial issues. I had been following the news in what was happening in cities across America. Clay Center is not Minneapolis or Atlanta. We are a small rural town. When I saw the pictures of swastikas and various derogatory versions of the phrase “Black Lives Matter” spray painted on public and private properties, it was shocking to see. Our town?

We do not need to investigate or analyze the evidence to determine if there is anything racist about it – it was. Some vandal or group of vandals were clearly mocking and condemning, not just blacks in our community, but any black person who would see those awful slurs in photos. It was immoral, unethical and criminal. It was an arrogant violation of the laws of man and of God, and they will have to answer to both for their inexcusable actions.

When I read about the vandalism, I also learned about a quick response of the community to return evil with good. Volunteers responded in great numbers to clean up the mess with people of all ages getting involved in various ways. The community also demonstrated great support for law enforcement to find and prosecute whoever did this. Across the nation there are cries to defund the police. Not in our town. We have the utmost confidence in our Police Chief and his officers. Our police department, court system, mayor and city council will not tolerate criminal activity like this.

Justice though must not be drive by emotion or anger, but by the diligent pursuit of the rule of law by our law enforcement officials and helping them where we can. And in that pursuit, we must use restraint in making assumptions and judgments while the facts are still being gathered. Some may think it was local teenage boys out for a destructive night on the town. It just as well could have been vandals from another town. As I write, there is some we do know, but much more we do not.

Does this incident mean Clay Center is a racist town? Emphatic no. The people may not have been from Clay Center, even if they were, it was clearly an isolated incident. Whoever did this, does not represent all 4,000 people.

Why would someone do this? I spoke with a black pastor recently about the unrest in our cities. He summed it up when he said racism is not about the color of our skin but a problem of the heart. He is right. For out of it comes racial slurs and abuse toward someone because of their ethnicity. And there is only one answer for it. Jesus. He died and rose again to conquer the evils in our hearts. Sometimes we try, but we cannot change our own hearts. Striving to enact laws and reforms has their place, but cannot change a heart. We can write songs, have discussions, protest and have gatherings of different sorts, but none of them can change a heart. We need the power of Jesus.

How does someone experience that change? It begins with admitting the wrong doing in our own lives. Ask God to reveal it to you. In the book of Psalms it says, “Search me, O God, and know my heart! Try me and know my thoughts! And see if there be any grievous way in me . . .” (Ps. 139:23-24). Then we must be willing to turn from it. We must release it, no matter how hard it is, then receive the cleansing power of Jesus’ forgiveness. And through that forgiveness, you will receive a new heart and mind. The old will be gone. The new will come!

Did you know this forgiveness is available for former police officer Derek Chauvin, who killed George Floyd? Did you know this forgiveness is also available to those who vandalized all those properties? Anyone who wants to, can come and be forgiven . . . on two conditions. One, they believe in the Lord Jesus with all their heart. Two, they stop sinning against Jesus and live for Him.

A prayer for you - “Lord God, search all our hearts for any bitterness, anger, or unforgiveness we have toward another person, especially against those who might be a different race than us. Point it out and help us to turn from it. Help us to go and make peace with those whom we are divided. In Jesus’ name. Amen.”

Racial Vandalism in My Town?