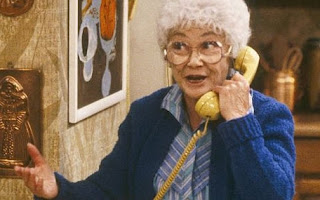 I was walking by the Kotel Tefillin stand and Shmuli called out to me. He was putting tefillin on a group of teens from America.

He yelled, "Do you have a message for him from his Grandmother?"

I said, "Oh, he's the one? Are you from America? (He nodded) I got a call from an old lady there, somebody's grandmother, but it wasn't clear… I couldn't hear her name, but she said that her grandson was visiting Israel, and that I should give him a message. Was that your grandmother?"

I said, "She said, to tell you that you better marry a Jewish girl or she's going to break both your legs! Was that your grandmother?"

His friends cracked up laughing.

I said, "You better marry a Jewish girl so you don't get your legs broken," and I walked on.

I miss the tefillin stand so much, but the doctors say, due to my age, I better not be around so many people until the vaccine comes out. It really takes a lot out of my life!

The Trick to Always Looking Sexy for …
Bikepacking - A Brief Introduction an…
GetResponse Review-How to Setup
What is Energy Management and Techniq…
How To Learn Cryptography as a Progra…
- via Mystical Paths - mpaths.com -

* support us for free by shopping at Amazon - CLICK HERE *