Doesn’t everyone love their friends? Doesn’t everyone Love their friends? Jesus asked, “Do not even pagans do that?”  It was supposed to show that some of the things we Christians do aren’t anything special.  That’s what “even pagans do that” was about.  But what about the times when pagans do good things that even Christians don’t do?  What kind of questions should we be asking ourselves when we’re in that situation? 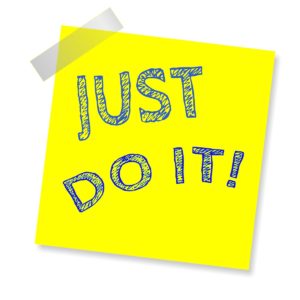 Most people love their friends. Even the “pagans”. For us today, this word from the Bible means everyone who’s not

Anyone familiar with the quote from Jesus knows what’s coming.

But even for those of us who know it all too well, how many of us actually “just do it” when it comes to obeying what Jesus told His followers?

For some context to shed light on what I just wrote, here’s the full passage.

Mt 5:43 “You have heard that it was said, ‘Love your neighbor and hate your enemy.’ 44 But I tell you: Love your enemies and pray for those who persecute you, 45 that you may be sons of your Father in heaven. He causes his sun to rise on the evil and the good, and sends rain on the righteous and the unrighteous. 46 If you love those who love you, what reward will you get? Are not even the tax collectors doing that? 47 And if you greet only your brothers, what are you doing more than others? Do not even pagans do that? 48 Be perfect, therefore, as your heavenly Father is perfect.

So Jesus is saying that loving our friends is something even pagans did.  Jesus calls us to go beyond that, and love people even people who are our enemies.

When everyone doesn’t love their friends? What then?

But what about when we don’t even love each other?  Like in one Christian not showing love to another Christian?

For instance, what about this.  I recently read a theory on the placement of those huge statues on Easter Island.  From Fox News Science, in an article titled Easter Island discovery: Experts solve ancient monuments mystery, we read the following:

The famous statues, or moai, are supported by monumental platforms called ahu. Researchers, however, have long wondered why the monuments were placed in specific locations on the island.

Now, a team of experts has harnessed spatial modeling techniques to work out the relationship between ahu construction and natural resources on Easter Island, or Rapa Nui. They discovered that the ahu were built near freshwater sources, which are limited on the island.

So far, maybe not that big of a deal.  It’s like having a sign that says “rest stop at next exit” on a freeway or parkway.  But it goes on.

“The monuments and statues are located in places with access to a resource critical to islanders on a daily basis–fresh water,” said Terry Hunt of the University of Arizona, in the statement. “In this way, the monuments and statues of the islanders’ deified ancestors reflect generations of sharing, perhaps on a daily basis–centered on water, but also food, family and social ties, as well as cultural lore that reinforced knowledge of the island’s precarious sustainability.”

Hunt noted that the island’s culture of cooperation can explain how the islanders survived for centuries despite limited natural resources.

Now it’s turning into something of a bigger deal.  Cooperation. Survival.  And they managed to live on that island with scarce fresh water for at least hundreds of years.  And these were, obviously, pagans.  I say obviously because of the act of deifying ancestors.  Clearly, that’s not Christian.

So – in this scenario, Jesus would say that Christians are to at least do this much.

Worldwater.org has a website that includes something called the World Water Chronology.  Most of these are outside North America.  Given the locations, it’s tempting to conclude Christian against Christian isn’t happening in water “wars”.

And yet, these things happen here in the U.S. as well.  The Huffington Post has an article titled, Water Wars? Here in the US?.  Among others, they include this:

The Republican River flows through the states of Colorado, Nebraska, and Kansas, but sharing the river has been a recurring political dispute for decades. In the latest chapter, the Special Master overseeing an agreement forged in 1943 recently rejected a request by Kansas to punish Nebraska for using too much water. Kansas asked for $80 million from Nebraska for violations of the Republican River Compact of 1943. The Special Master agreed that Nebraska farmers violated the compact in 2005 and 2006 and took 71,000 acre-feet of water too much, but only proposed awarding a payment of only $5 million. He also denied a Kansas request to shut off water for some Nebraska farmers along the river.

And more recently, sort of, one that we’re going through where I live, is about the Colorado River. Here’s an excerpt from CNN titled The Southwest’s Most Important River Is Drying Up.

Today, this river system supplies 40 million people in seven western states and Mexico, and irrigates more than 5 million acres of farmland on its way into Mexico and the Gulf of California.

Las Vegas relies on the river for 90% of its water supply, Tucson for 82% and San Diego for around 66%. Large portions of the water used in Los Angeles, Phoenix and Denver also come from the river, and experts say these booming metropolises would not have been possible without its supply.

But a crisis is unfolding, and farmers, scientists, water managers and policy makers across the Southwest are increasingly alarmed.

Water managers have long recognized that the river is plagued by overuse. But over the last two decades, demand for the river’s water has often outstripped its supply. Since 2000, the river’s flows have shrunk by roughly 20% compared to the 20th century average, due in large part to the human-caused climate crisis. At the same time, its two main reservoirs — the savings account for the entire system in times of drought — have drained rapidly.

So again, so many people affected. Water managers have long recognized that the river is plagued by overuse. And it’s not like it’s a new problem. What is it that allows this kind of thing to go on so long?

I don’t know about other locations, but we vote for the people on our water control board where I live. They aren’t friends to most of us. But they are elected by a majority of us. And yet, even though it’s long been a problem, little to nothing is done. Why?

What happened to Jesus’ words?  If you love those who love you, what reward will you get? Are not even the tax collectors doing that? 47 And if you greet only your brothers, what are you doing more than others? Do not even pagans do that? 48 Be perfect, therefore, as your heavenly Father is perfect.

Where is the love?  I mean, of course, the kind of love Jesus spoke of.  Even the pagans on Easter Island were able to live together with scarce water resources.  It’s even possible that fresh water was one of the main things that held them together in that spirit of cooperation and mutual needs.

But we have God.  Not a false god of deified ancestors.  But the real God that created us.  And we can’t even get along as well as the pagans?  Rather than get together for mutual aid and survival, we even fight wars over scarce resources.

No wonder people feel like Christians aren’t any different.  Too often, we aren’t.

Conclusion – Doesn’t everyone love their friends?

So, what’s going on here? Clearly, the Christians who are involved here are not influencing others in positions of power and control in these scenarios to do the right thing. The loving thing. With love being defined by what Jesus said above.

Is that a big deal? It just might be. The first question is, did they try? The second, if so, how did things end up the way they are? Here’s why I ask.

Mt 5:13 “You are the salt of the earth. But if the salt loses its saltiness, how can it be made salty again? It is no longer good for anything, except to be thrown out and trampled by men.

Mt 5:14 “You are the light of the world. A city on a hill cannot be hidden. 15 Neither do people light a lamp and put it under a bowl. Instead they put it on its stand, and it gives light to everyone in the house. 16 In the same way, let your light shine before men, that they may see your good deeds and praise your Father in heaven.”

It’s not like we’re going to succeed all the time. But, as my question implied, we should try all the time. For the situations above, we can’t know whether that happened or not.

But in our own lives, we can know. We do know. So my next question is – who or what is your god? Is that god telling you to do the right thing for the people involved?

If you’re Christian, He most certainly is.

If your god is the god of money or the god of power, you’re looking out for yourself.

If your god is someone or something else, that’s for you to decide.

But ultimately, which god do you want to be your god? The Christian God of the Bible, or some other god? Your answer says a lot about you.

Image by S K from Pixabay

The post Doesn’t everyone love their friends? appeared first on Which God Saves?.

Doesn’t everyone love their friends?