Trump defends himself against charges of racism 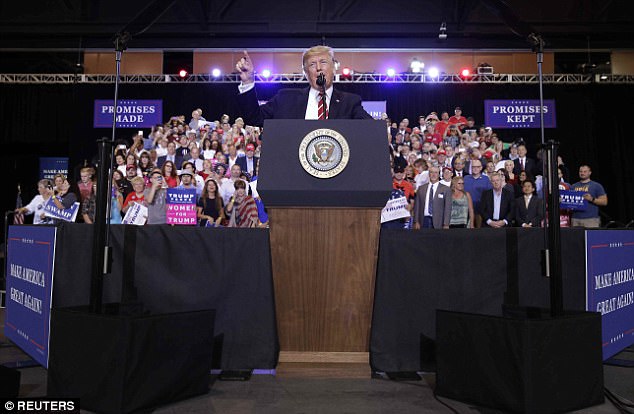 President Donald Trump insisted Tuesday in Phoenix, Arizona that a 'dishonest' political press corps had distorted his words following the Charlottesville violence
A defiant President Donald Trump defended himself against charges of racism, a week after he touched off a national firestorm following white supremacist violence that claimed a life in Charlottesville, Virginia.
Speaking at a campaign-style rally in Phoenix, Virginia, the president recounted a trio of separate statements that he gave, highlighting the words that he said 'the very dishonest media' twisted in order to make a case that he is a bigot.
'What happened in Charlottesville strikes at the core of America,' he said, adding that 'I spoke out forcefully against hatred, bigotry and violence, and forcefully condemned the white supremacists and the KKK.'
'I openly called for healing and love, and they all know it since they were all there,' he said of the political press corps.
Reporters heard 10,000 people chanting 'CNN sucks!' 'Shame on you' and 'Tell the truth.' 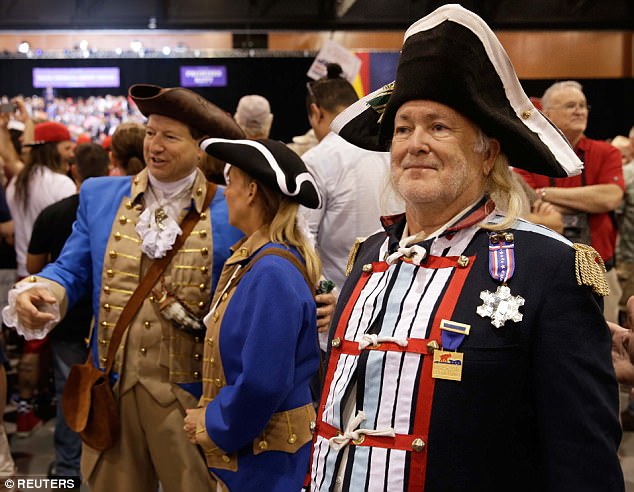 A crowd of about 10,000 greeted him at the Phoenix Convention Center, including men dressed in revolutionary garb 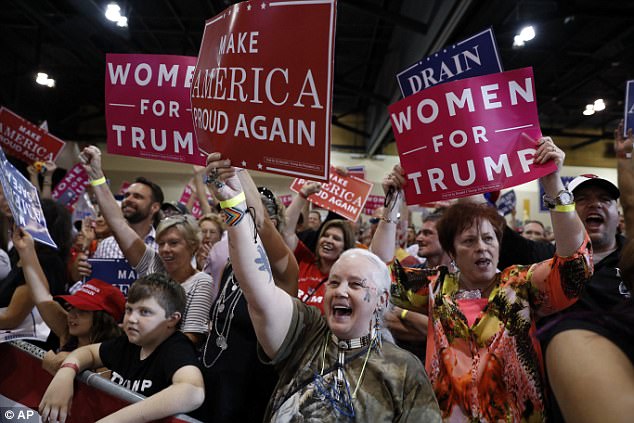 A sea of people chanted 'CNN sucks!' and 'Tell the truth!' as Trump bashed the media for what he claimed is an institutional bias against him
'I said "racism is evil"! Trump recalled. 'Did they report that I said racism is evil? No? You know why? Because they are very dishonest people.'
Trump ultimately charged that 'the only people giving a platform to these hate groups is the media itself and the fake news.'
'I believe they really don't love our country,' he said.
'I'm really doing this to show you how damned dishonest these people are,' Trump told his crowd, recounting the initial statement ten days ago when he declared that 'we condemn in the strongest personal terms this egregious display of hatred, bigotry and violence.'
'You can't do much better, right?' Trump asked, then bashing journalists who insisted that, 'he didn't say it fast enough. He didn't do it on time. Why did it take a day? He must be a racist.'
Reading aloud from subsequent statements, Trump emphasized the messages of love and compassion that were largely overlooked, and recalled how he had said 'thugs' among white supremacists in Charlottesville were 'hate groups that are repugnant to everything we hold true as Americans.'
Trump singled out Fox News as an outlet that has shied away from bashing him gratuitously, praising the 'Fox & Friends' program and host Sean Hannity by name.
'You have some great networks. Fox has treated me fairly,' he said.
Trump Lashes out at media over Charlottesville
Loaded: 0%
Progress: 0%
0:09
Previous
Play
Skip
Unmute
Current Time0:09
/
Duration Time1:13
Fullscreen
Need Text
SHARE THIS
MORE VIDEOS

Trump lashes out at media at Coast Guard commencement

Brother of man convicted over fatal accident lashes out at …

Distressed partner of Peta-Ann Francis lashes out at m…

Obama lashes out at media for 'troubling' coverage of Hi… 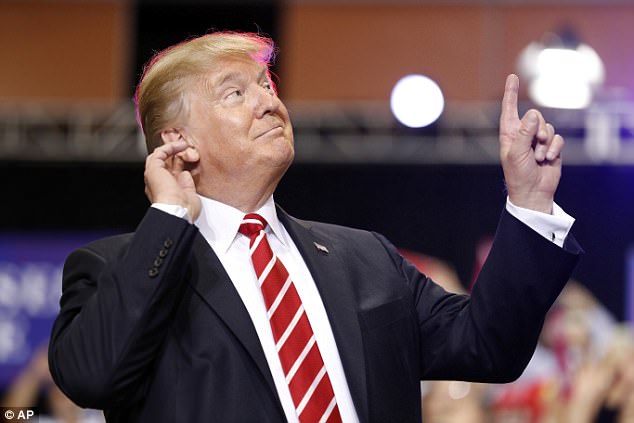 Trump blamed reporters for framing him as a racist, and thousands lavished praise on him for defending himself in the face of feirce media criticism 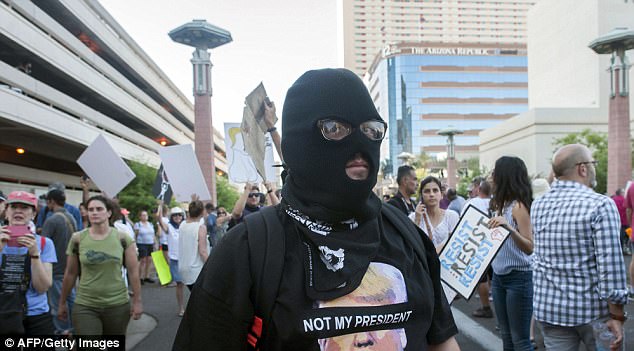 Protesters outside included some masked 'AntiFa' activists, whom Trump called out by name as a group from on stage
Tuesday night's rally began with a lineup of speakers seemingly chosen to back up Trump's claim of comfort and solidarity with black voters.
Housing and Urban Development Secretary Ben Carson, Trump's lone African-American cabinet member, warmed up the crowd by saying that 'the purveyors of hatred and division, they want to divide us on the basis of race, income, age, religion.'
'But you know what? We are much too smart to fall for that garbage!'
'Growing up, I saw the hatred of people who didn't like the newfound equality in a changing society,' he said, 'people who were afraid of moving forward.'
'But with the help of God most of us have left that fear and hatred behind. ... America has always left those cancerous ideologies in the rear view window.'
After brief remarks from Alveda King, a niece of the late Dr. Martin Luther King Jr., the Rev. Franklin Graham declared that America is 'divided politically, we're divided racially, and we're adrift morally.
'We ask tonight for your help,' Graham said in a prayer. 'There are those in this country who want to divide, who want to preach hate. And, Father, it's my prayer that you'll just shut their mouths like you shut the mouths of the lions years ago.'
(The Mail, UK)

Trump defends himself against charges of racism