Separate them from the herd 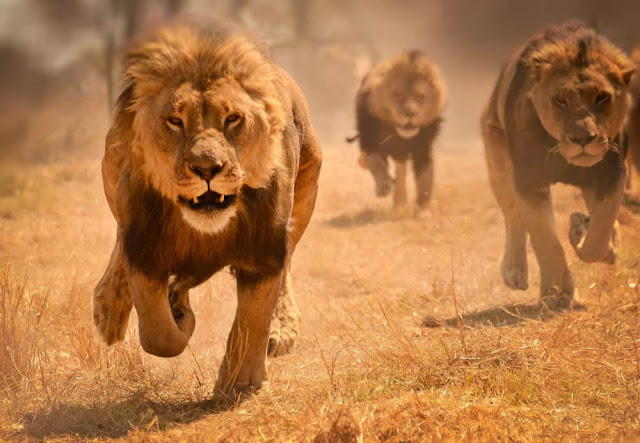 The natural world is filled with clues as to the true nature of things and God speaks through them when we pause and listen.
I was watching a brilliant documentary about the Serengeti and the seasonal migration of animals. It showed the various Predators as they stalked the herds of antelope and buffalo. Predators have different techniques but what is common to all is they always target the youngest and weakest. The adults have the task of shielding their young, moving them into the centre and guarding them and defending with whatever tools they have while the predators seek to separate them from the Herd. Once they have achieved that, they move in for the kill.

Top 10 Air Fryers - Tips to Help You …
Best Low Acid Coffees That Won’t Upse…
Wealthy Affiliate Scam or Not
With GiftstoIndia24x7.com, this Raksh…
Don’t Forget to Brush Your Fur
One distinct advantage the herd has though is instinctive ‘situational awareness’. They know the lions are in the Savanna; that the crocodiles are waiting at the water’s edge and so can be prepared for the inevitable attack. They lose a small proportion of the herd. As humans we have lost our situational awareness, even as Christians. Not in relation to animal attacks but in the conflict with the world, the flesh and the devil.
It proceeds in much the same way but with a more insidious intention. The youngest and weakest are led away from the security of the praying church community, into pastures that seem inviting. The devil cannot make hell look attractive so he makes the route look exciting. There is no quick kill as with a Lion attack, it’s a gradual elimination of beliefs, the end of any prayer-life and even without moral corruption and ruin, the generations which follow are then automatically in the bag too. How many generations are missing from the church in the West now… how many grandparents wearing out their knees praying for them to return? It’s a lot easier to protect in the beginning, than try to recover the lost further down the road.
We tend to think of ourselves as the top of the food chain on earth, which in the natural world we are; but remember that Jesus refers to us as sheep… mostly lost (and thick) and the only defense we have against our enemy is the rest of the flock , the shepherd and to listen to His voice.

Separate them from the herd