Where the Lions roster stands: Who will win the backup running back spots? 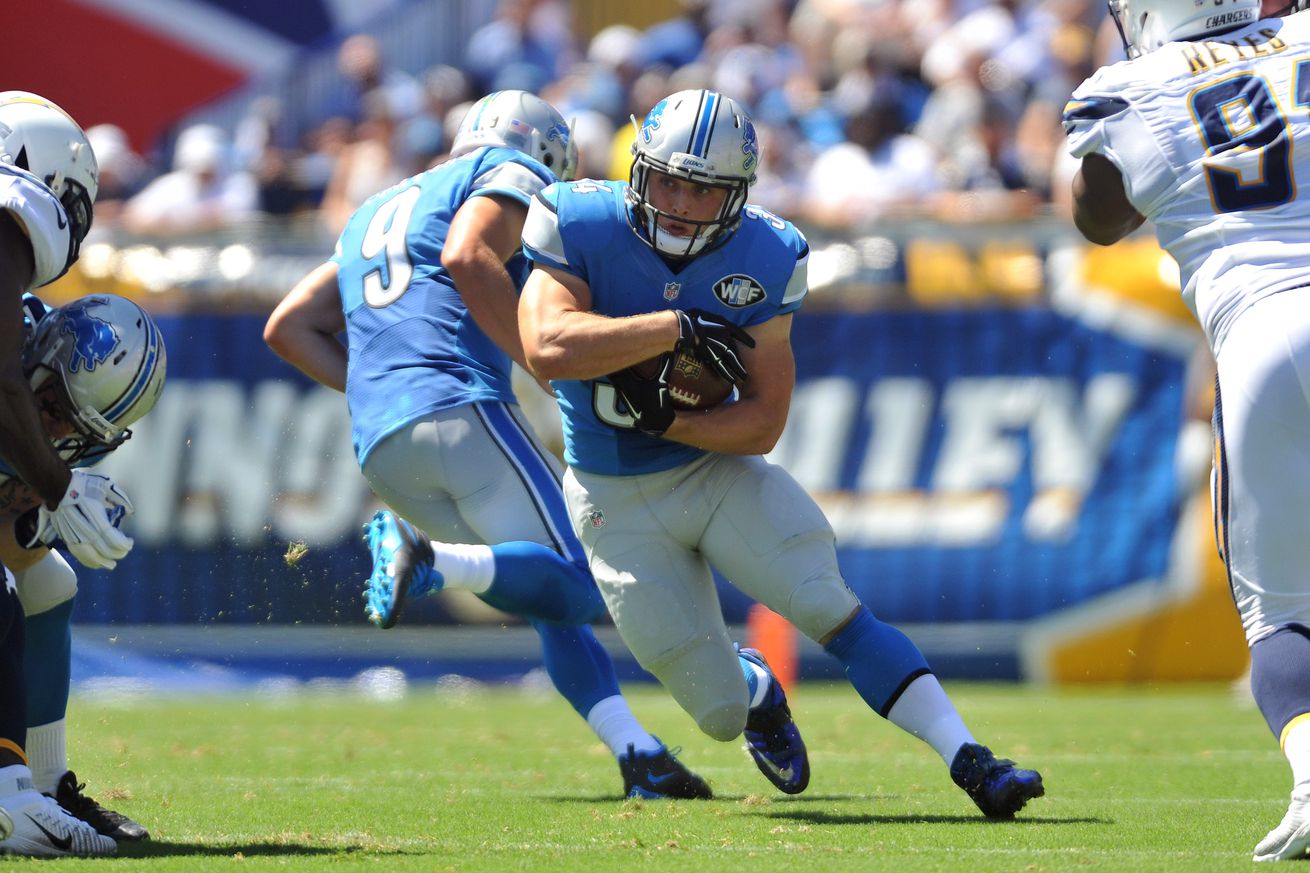 Which running backs currently on the Roster will round out the Lions’ depth chart by the season’s start?

As we start to look ahead to training camp, we're going to take a position-by-position look at the Detroit Lions roster. Next up is the running back position. (The final year of each player's contract is listed in parentheses.)

With Joique Bell no longer on the team, Ameer Abdullah is expected to garner an even higher percentage of carries in 2016. Last year, he led the team with 143 carries (40.4 percent of the team’s carries) despite only starting nine games.

Stevan Ridley appears to be the player most likely to be the thunder to counter Abdullah’s lightning. However, if Ridley cannot escape his injury-filled past, he could potentially be one of the most surprising cuts.

Theo Riddick is coming off his most successful season yet, and is as much a roster lock as Abdullah at this point.

George Winn vs. Zach Zenner will be one of the biggest camp battles to watch this year. Last year, Zenner edged Winn in the preseason, but when Zach suffered a season-ending injury early in the season, Winn eventually took his roster spot back. With Zenner back to full health, he has to be the favorite to lock up RB4 spot.

Meanwhile, seventh-round draft pick Dwayne Washington is a prime candidate for the practice squad. Washington brings receiving skills that could be valuable if Riddick suffers an injury, but there’s little chance he plays any significant part of the 2016 Lions.

The Lions could really use a more reliable option at power back. While Ridley brings experience and a modicum of success, his age and injury history make him a risky option as the Lions No. 2 back. Zenner and Winn have shown flashes, but neither have received a bulk of carries at any time in their collective NFL careers. It is probably too late for the Lions to find a better option this year, but expect the position to be looked at in the near future.

Where the Lions roster stands: Who will win the backup running back spots?