Open thread: Which Lions player could be a surprise cut? 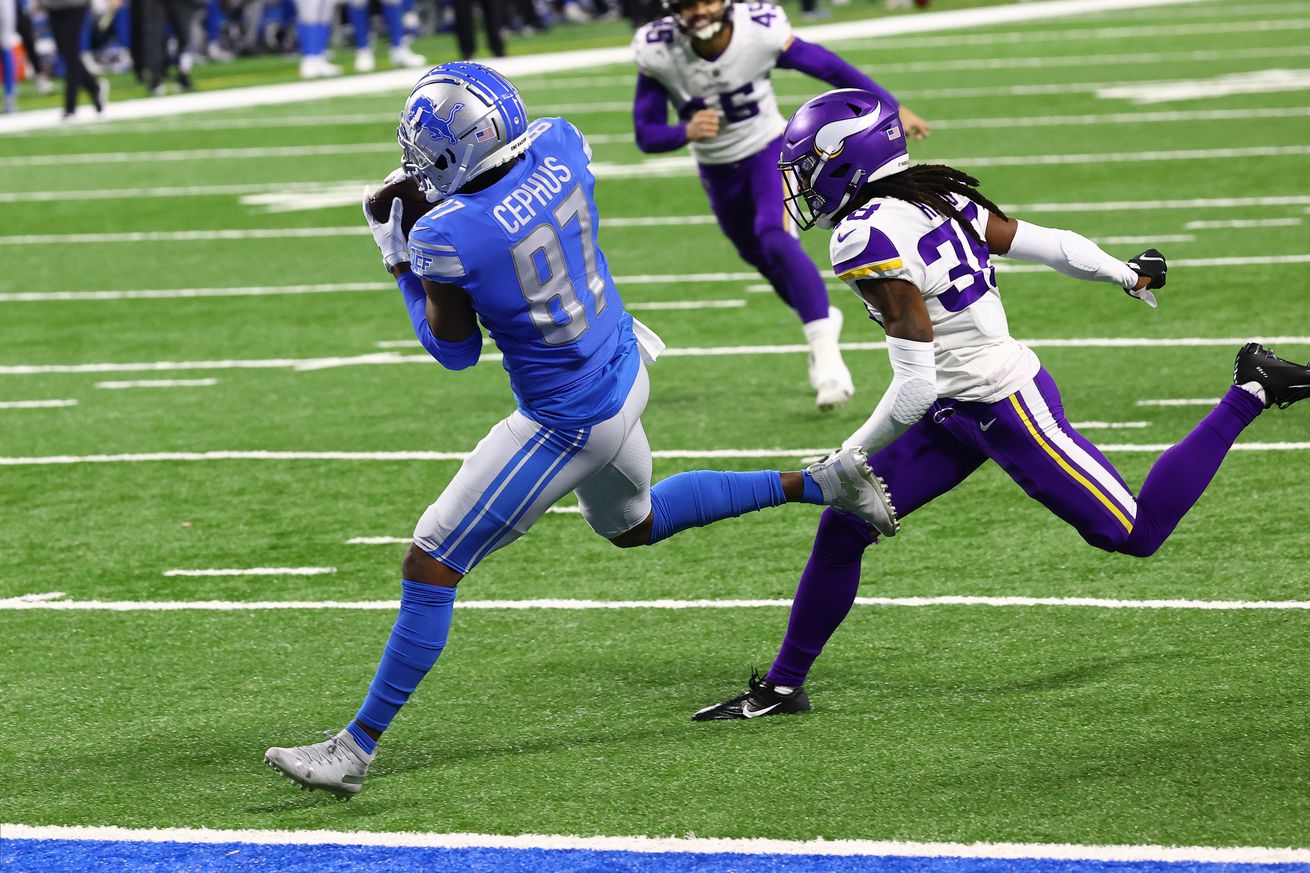 Could we see some big names miss the team?

Training camp and preseason football is just around the corner, and Detroit Lions fans have plenty to look forward to. Not only will we get the first look at this roster in pads, but there are multiple position battles to be fought.

With so many changes to the team, nearly every position has competition, whether for the starting role or for a depth spot. We will likely see some surprises make the roster and some surprises miss the roster. In 2020, the Lions decided to cut fifth round pick Jason Huntley, a shock to many. Linebacker Elijah Lee made the initial roster despite the minimal fanfare during camp. The Lions new coaching staff also means there’s no loyalty towards players from the previous regime.

With that being said, who are some big names that could be on the block?

Out of all the positions on the roster, wide receiver is the most unsettled. Not only do the Lions have to decide which receivers to keep, they have to decide how many to keep. Tyrell Williams, Breshad Perriman, and Amon-Ra St. Brown are locks, but everything beyond them is up for grabs. Quintez Cephus, Kalif Raymond, and others will compete for the WR4 spot, but there could be WR5 and WR6 spots as well. In 2018, Brandon Powell made the roster after a strong preseason, and a similar situation could occur this year with any of the receivers on the roster.

Recent draft picks are no locks either. Along with Cephus, the likes of Logan Stenberg, Jahlani Tavai, and Da’Shawn Hand could be at risk. General manager Bob Quinn is gone, as is head coach Matt Patricia, so relicts from a previous regime could be on their way out. Meanwhile, John Penisini could be a victim of the numbers game, as the Lions might be unwilling to carry a second nose tackle. Quinn had plenty of misses in recent drafts, and 2021 could be the year we see a lot of those come to a head.

The Lions don’t have too many veterans on the block, but the potential is always there. Cutting Halapoulivaati Vaitai would be a stunning move, but the team might weigh his salary versus performance harshly. Many expected Nick Williams to be a cap casualty, but he ended up taking a pay cut. It could still happen, but it would have made more sense to part ways earlier in the year. Finally, the kicking position seems to belong to Randy Bullock, but as we learned with David Akers, Nate Freese, and Alex Henery, it only takes a bad slump at a bad time to render a kicker out of a job.

Which Lions player could be a surprise cut?

My answer: I think Tim Boyle could be a Surprise Cut.

The backup quarterback position isn’t sexy, but it is important. The Lions have relied on it in recent years following injuries to Matthew Stafford, and having a good backup can save a season. The Lions are unlikely to be playoff bound even with a healthy Jared Goff, but there is still value in having someone reliable behind him. The Lions horrendously overpaid for Chase Daniel last year, and the on-field performance was just as bad.

Boyle was signed to a one-year, $2.5 million deal this offseason, painting him as the de facto backup. However, the Lions still have David Blough, and the battle might be closer than the money indicates. Boyle was primarily with the second team during OTAs, but had his fair share of struggles. Blough does not have the physical traits Boyle has, but there is value in a game manager. He has some starting experience too, and while it was largely disappointing, it is worth remembering that he was an undrafted rookie at the time. His lone 2020 action, meanwhile, came in a blowout against the eventual Super Bowl champion Buccaneers, so take that with a grain of salt. The Lions could keep both of them, but I would rather spend that roster spot on another position.

With Goff firmly entrenched as the starting quarterback, he will get limited snaps this preseason—if any. That will leave Boyle and Blough to play for most of the game, and their performances will strongly dictate who makes the team. Boyle has the higher upside, but don’t count out Blough.

Open thread: Which Lions player could be a surprise cut?