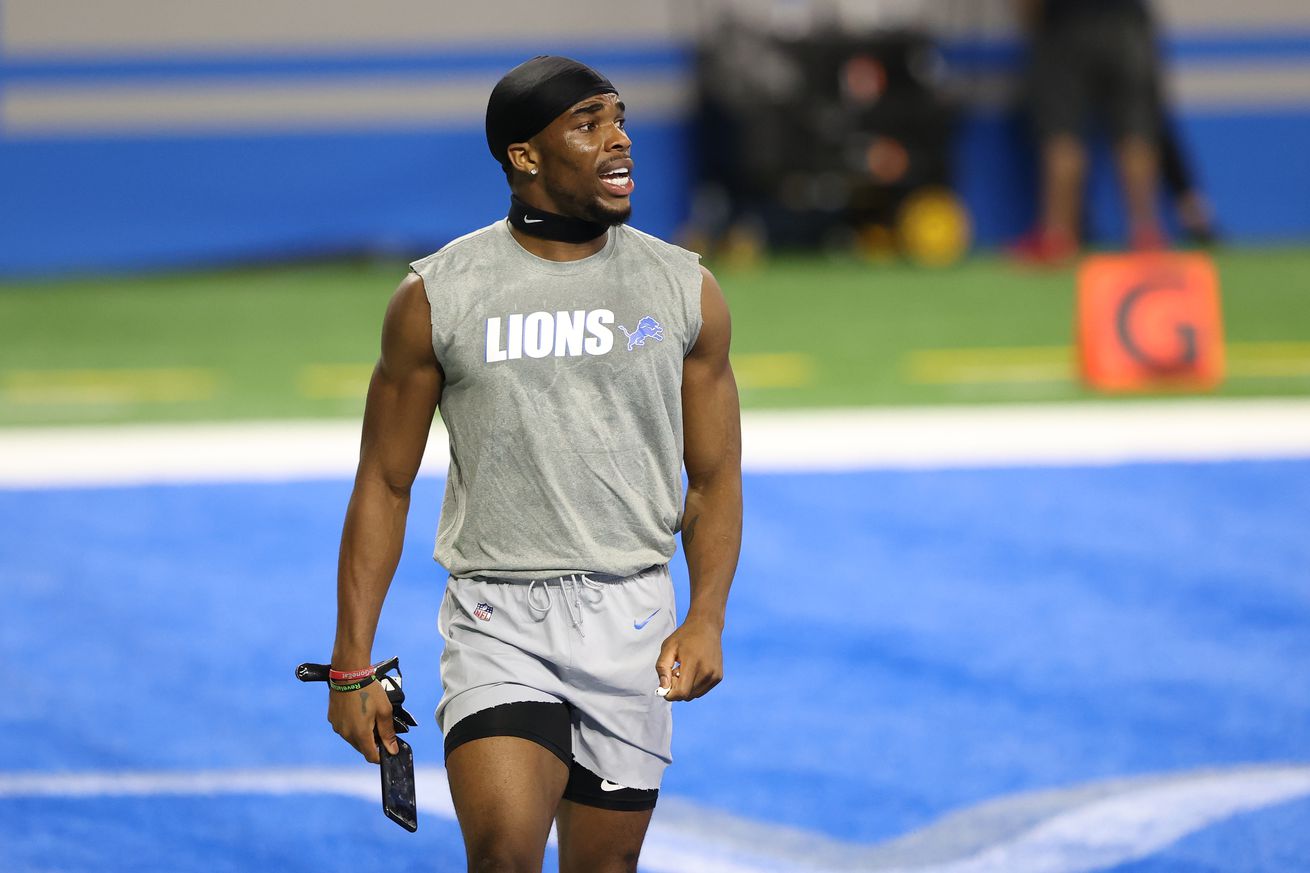 Okudah opened up about his Rookie-season mistakes and how he has already benefited from them.

Not many things went right for Jeff Okudah in his rookie season. As the third overall pick in the 2020 NFL Draft, expectations were sky high for the Detroit Lions cornerback. But Okudah struggled in a way we rarely saw at Ohio State, and his season ended with a trip to the injured reserve list after a lingering groin injury became too much. To put it succinctly, it was a tough year both mentally and physically for Okudah.

But the 22-year-old cornerback is entering his second NFL season with a fresh mindset. He’s had time to revisit what went wrong last year and has spent the last nine months trying to take a different approach to the game. It starts with a new plan to manage his body.

Last year, with the pandemic there was no real blueprint laid out for how to physically prepare for the season. He couldn’t meet face-to-face with the Lions right away and had to—in his words—”freestyle” his plan. In his opinion, he took the wrong approach.

“I felt like I overprepared,” Okudah said on The Daily Stoic Podcast recently. “I was trying to work out every single day. I was trying to do all this running and my body was going through it. When it came down to the season, I was already burnt out. I ended up having to get surgery on both of my groins. So I kinda had to learn you’ve got to pace yourself, and you want to peak at the right time.”

Okudah also took the opportunity this offseason to change how he thinks about the game. He’s always been a cerebral player, but looking back on his rookie season, he saw chaos.

“I remember my rookie year when I was watching film, I’m looking at these veterans and it seems like they’re almost relaxing on the field, and I’m over here running around like a chicken with my head cut off, just running around.

“And then you tend to learn, ‘Oh, the reason he’s relaxing is because he knows what this formation and way the receivers are lined up, well he’s not expecting this to happen or this to happen. He knows this is going to happen.’ So he doesn’t have to be running around like a chicken with his head cut off. He can play way more calm, and that comes with experience.”

So Okudah spent the offseason doing what he loves to do: read. He read up on athletes he admires, leaders and their way of life, and, of course, he studied film. With extra time on his hands due to his surgery rehabilitation and no NFL Combine to prepare for, he focused more on the mental side of the game. He found inspiration from The Daily Stoic’s YouTube page, and it changed the entire outlook of his rookie season. While some may come out of a rookie season hampered by injury and poor play disappointed and frustrated, Okudah learned to embrace it and even be thankful for it.

“Instead of looking at this like a negative thing, embrace it. I love it. I love that I got surgery because now that gives me a chance to improve things that I probably wouldn’t have improved if I didn’t have to get surgery. I love that some of these plays happened because now I’m learning from these plays, and there’s a lesser probability that it’ll happen again.”

This shift in mindset has already paid off for Okudah. From an outside perspective, he looked much more confident and comfortable during OTAs and minicamp. He was feeling it from an inside perspective, as well.

“When I went back out there for OTAs, everything just felt so much more calm,” Okudah said. “It wasn’t like a big craze, and that may come with the experience. I know my rookie year one of my coaches told me, ‘Every experience is a benefit, whether its a good or bad experience, there’s something you can take from it. So experience in the NFL is a great thing to have.’”

Now it’s just about putting it together. With a much clearer picture of how to manage his body right, a new psychological mindset, and a coaching staff that has already taught him new things, Okudah can’t wait to get back on the field again.

“I’ve been able to see my mental (state) strengthen so much over the course of the last nine months,” Okudah said. “I’m excited, honestly, for what’s to come.”

You can listen to Okudah’s entire appearance on The Daily Stoic podcast right here, and I recommend you do.

This post first appeared on Pride Of Detroit, A Detroit Lions Community, please read the originial post: here
People also like
20 Best Family Games To Play On A Road Trip
Facebook Sets Sights On Clubhouse and Zoom With ‘Hotline’
Popular Podcast Hosting Platforms That Might Interest You
51 Best Start-up Ideas to Try
3 ideas that saved me from 2020
Podcasting
Remote Learning – What I’m Doing Before School Starts
Is Life Insurance A Good Investment?