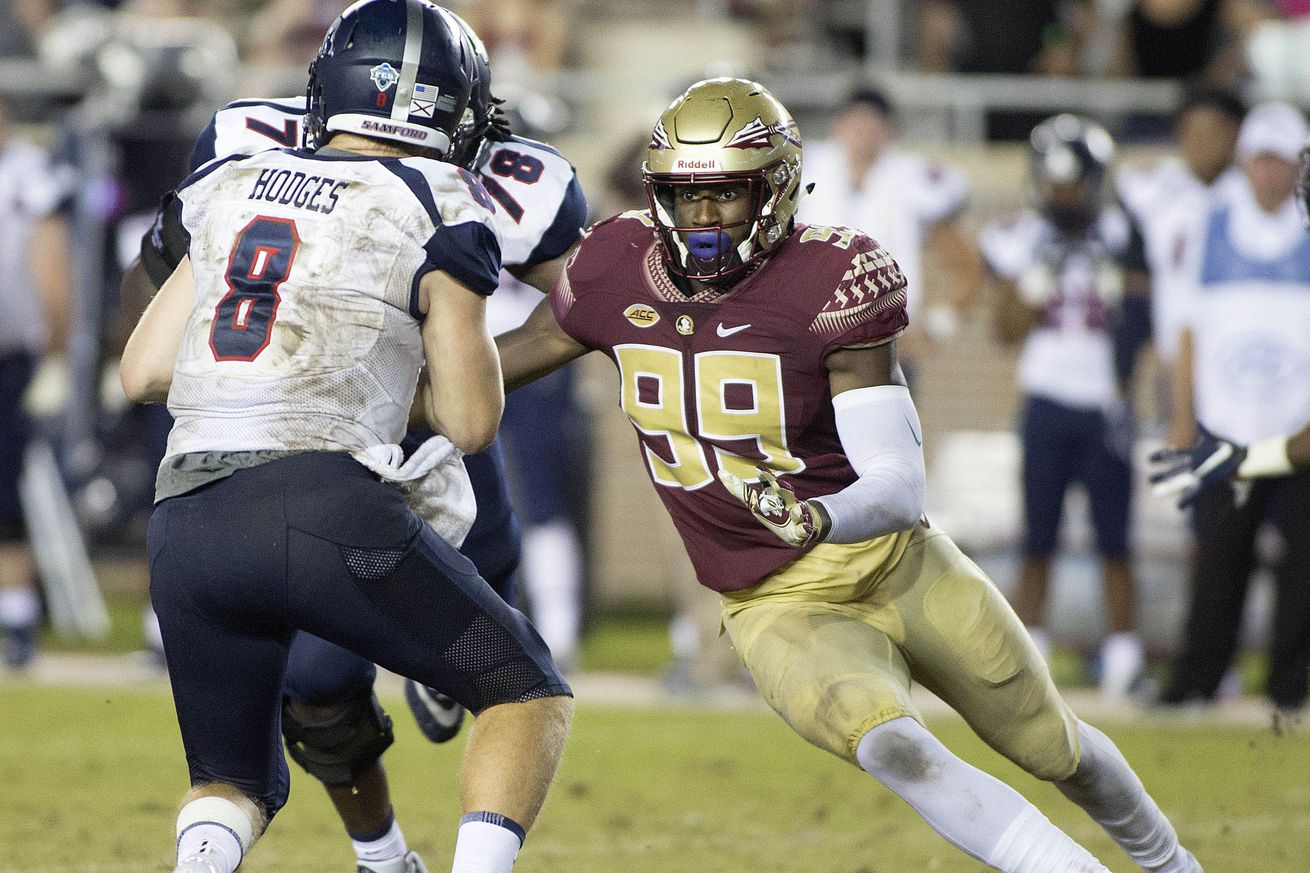 Mock drafts are starting to converge on two players for the Lions.

Now that we’ve entered the final two weeks of draft season, it seems like there is a consensus grouping around the 2019 NFL Draft. Maybe it’s a symptom of groupthink, maybe there’s legitimate information out there, or maybe we’re all getting roped for a loop by information sent out there by smokescreening teams.

‘The Angry Cabbage’. A Vegetable Rese…
A New Way to Service Your Trading: Av…
Portable Oxygen Concentrator – A Boon…
Best Gaming PC Build for 1440p: Under…
Afraid or not, life still marches for…

But when it comes to the Detroit Lions, it’s starting to look like there’s an increasing thought amongst analysts that they’re between two to three players. I took results from 20 different mock drafts from the past week, and two names kept popping up: Florida State’s Brian Burns and tight end T.J. Hockenson. Montez Sweat is still hanging around as we get further away from his incredible NFL Combine performance and there are also a couple players lingering, as well.

15 of the 20 mocks had the Lions taking a defensive player, with the only other picks being for Iowa’s tight end T.J. Hockenson.

Despite adding Trey Flowers in free agency, analysts are still mocking an edge player to Detroit at a high frequency. That doesn’t mean these experts aren’t paying attention, Detroit could still certainly use more depth and youth at the position.

Unsurprisingly, cornerback remains high atop the Lions’ perceived needs list, while no one appears convinced an offensive linemen is worthy of Detroit’s first pick.

As previously mentioned, nearly half of the mocks scouted have either Hockenson or Burns as the pick. Perhaps most interesting is that the once-popular Greedy Williams is not only barely even mentioned in any of these mocks, but he isn’t even the top CB drafted to the Lions anymore. Deandre Baker popped up in two mocks, although one involved a trade-down scenario.

The local pick of Rashan Gary remains somewhat common among mocks, while there are still a couple of Devin White picks, although not nearly as much as there were a few weeks ago.