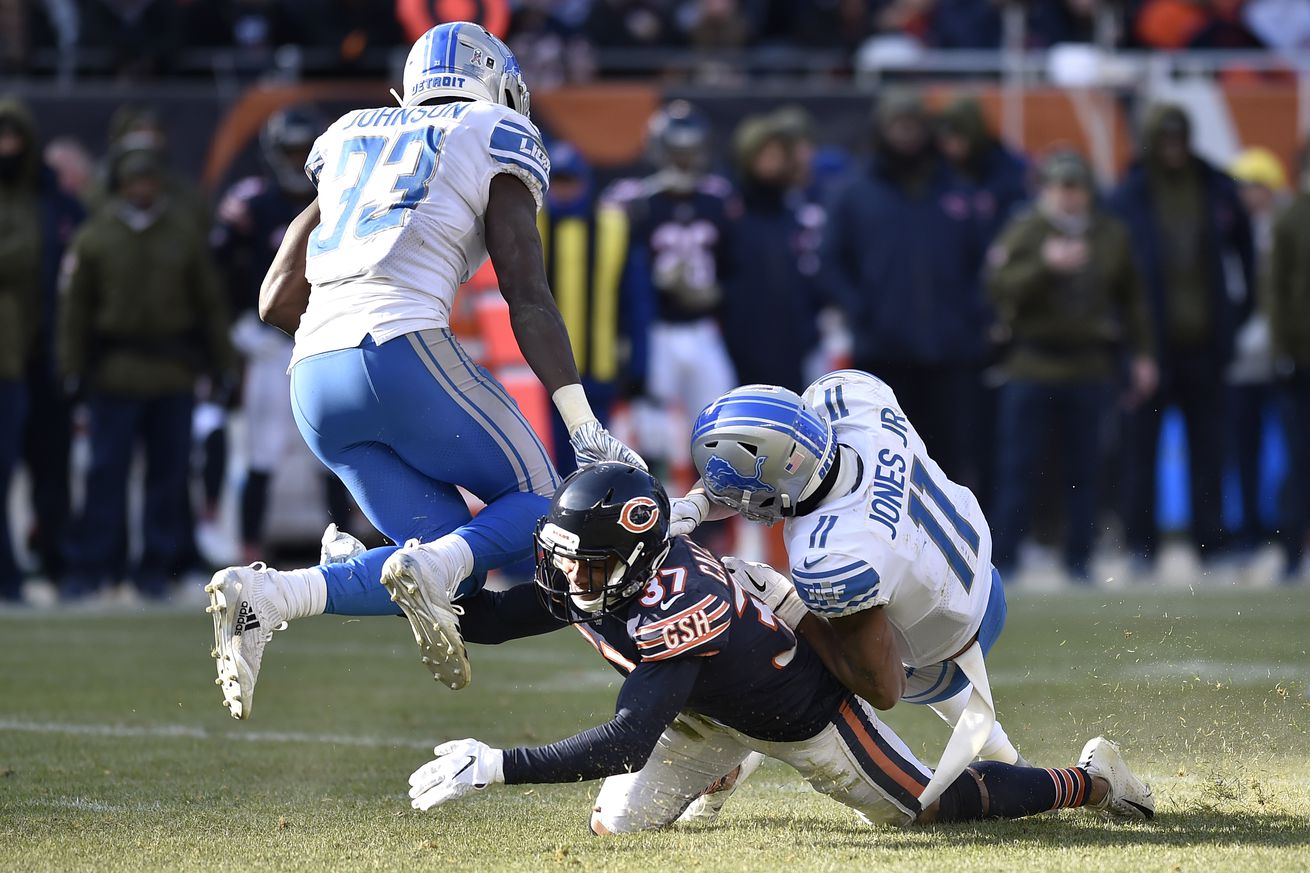 As if the Detroit Lions’ loss to the Chicago Bears wasn’t bad enough, the football gods literally added Injury to insult. Late in the fourth quarter, the Lions suffered a few key injuries that just so happen to hit the Lions where they are the most vulnerable.

The first was to Marvin Jones Jr., who limped off after a fourth quarter catch. The team announced he had a knee injury and was questionable to return. Not only did Jones not return, but he was downgraded to OUT for the Lions’ final offensive drive of the game.

To make matters worse, Kenny Golladay was clearly hobbled towards the end of the game. Golladay managed to finish out the final quarter, but don’t be surprised to see him pop up on the injury report next week.

Sticking with the offense, Michael Roberts suffered a shoulder injury during a fourth-down reception. The Lions were already short-handed at tight end, as Luke Willson missed the game with a shoulder injury. That left just Levine Toilolo as the Lions’ sole healthy tight end for the final portion of the game.

Lastly, Kerryon Johnson had to leave the game temporarily, as it appeared he reaggravated his ankle injury. Johnson was questionable this week, but he played through the pain and managed to come back and finish the game. By the end of the game, he looked pretty gimpy, but that didn’t stop him from playing through it all.

The Lions didn’t give any significant updates on the players after the game, and we likely won’t know more until the team practices on Wednesday, but for an offense struggling to find its stride, it’s not good news that literally all of their top offensive threats left Chicago beat up.

Let’s hope for the best for all of these individuals. The season may be all over for all intents and purposes, but no one wants to see players seriously hurt.