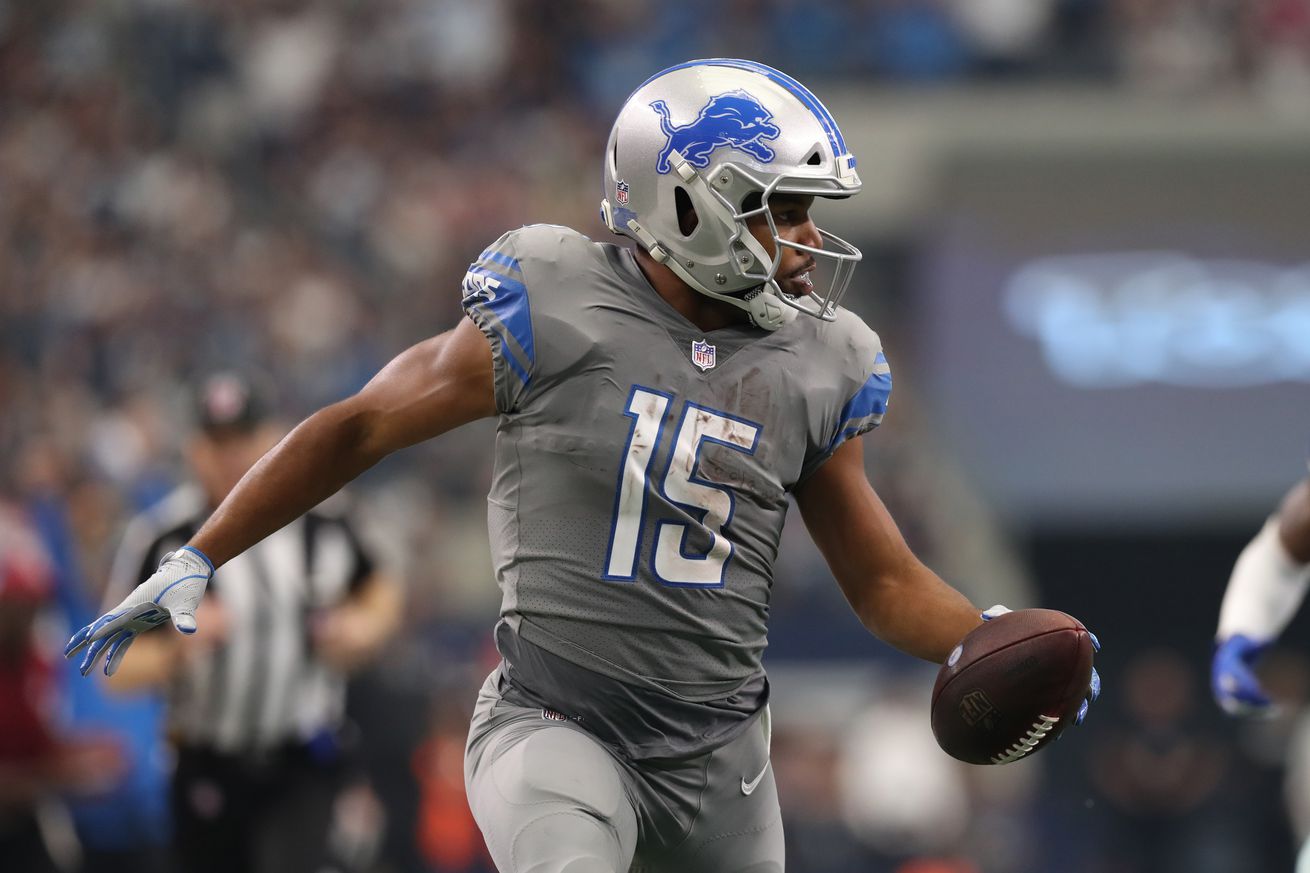 The Lions just traded away one of their most fun to watch players on the team.

The Detroit Lions made an earth-shattering move Tuesday afternoon when they traded star wide receiver Golden Tate to the Philadelphia Eagles on trade deadline day. The receiver was one of the Lions most fun players to watch since his arrival, and not only was he a great player, but he also gave fans many exciting moments to remember. Here are the top five Golden Tate moments from his time in Detroit:

5. Walking into the end zone against the Eagles

tate has such a fun personality pic.twitter.com/isYeaFOsnI

While the amazing performance of Calvin Johnson is what stood out the most during the Lions’ 2015 Thanksgiving feast on the Philadelphia Eagles, Tate had a gem as well. The receiver caught a quick out against his future team. Once he realized he was all alone at the goal line he waltzed into the end zone for a score and then took a bow to raucous applause from the Ford Field crowd. Tate is quite the performer, and he always knew how to put on a show.

The Lions’ 2017 game against the New Orleans Saints was filled with wild plays and Tate was the one that kicked it off. The receiver caught a pretty routine comeback route, maintained his footing and out-ran the entire Saints defense for a long touchdown. He did not stop there, though, front flipping into the end zone to really make sure New Orleans defensive backs could taste his dust.

Tate played a huge role when the 0-5 Lions finally got a win against the Chicago Bears in 2015. The receiver was interfered with by the Bears corner Kyle Fuller as he was coming back to catch a third-down pass. Tate then instantly turned around and summoned the penalty flag from the referee like he was a Jedi of some sort, earning the first down.

2. Taunting the Cowboys as he scores a go ahead touchdown

This is one of our more recent memories. A few weeks ago, Tate had one of his best games as a Detroit Lion against the Dallas Cowboys, racking up 132 yards and two touchdowns on eight catches. While many of the key figures from these teams’ battles in the late 2000s and early 2010s have moved on, Tate was still bringing the intensity. He scored two times and both times he taunted the trailing Cowboys defenders while heading into the end zone. This score should have won the game for Detroit, but the defense let Tate down at the other end.

What else was going to be here?

The 2016 Detroit Lions played a thrilling classic seemingly every week and the Lions’ mid-season matchup against the Minnesota Vikings was no exception. This game got to overtime after the Lions put together a 30=second field goal drive with no timeouts, and Tate closed it out with yet another highlight play.

The receiver caught a quick out on third-and-long. He came to a quick stop, sending one defender flying out of bounds. Tate then stiff-armed a second one into the ground before taking off to the end zone. With safety Andrew Sendejo a step too slow to push him out of bounds, Tate decided to flip all the way over and smack the safety in his head with his rear end.

Detroit stole a win from their division rivals and clowned their secondary in the process.

Golden Tate had a lot of amazing moments as a Lion—too many to include in one article. What was you favorite Golden Tate moment while he was wearing Honolulu Blue?