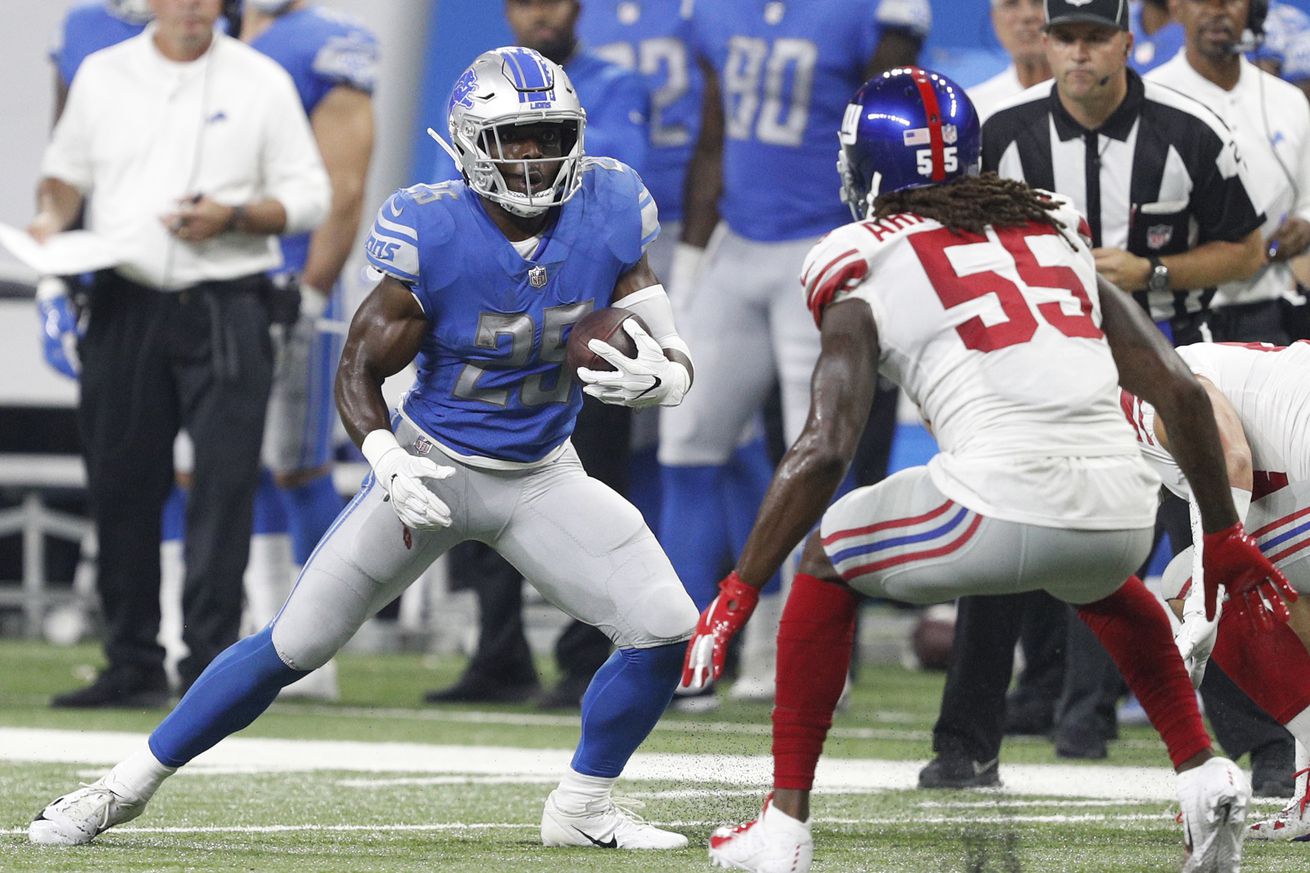 The Lions were a mess yet again, but there were a few bright spots.

The Detroit Lions played a preseason game on a Friday night for the second straight week and for the second straight week they were a mess. They lost 30-17 and the team top to bottom looked like they still had a lot of work to do in the next two weeks before they open the season against the New York Jets. Here are a few things we learned from the team’s first 2018 game at Ford Field:

Theo Riddick is not expendable

The Lions offense sputtered again this week, but just like last week there was a running back that stood out. This week it was Theo Riddick’s chance to shine. Detroit’s veteran tailback only got one carry – which he took for six yards – but it is was he did as a receiver that truly made him stand out. He had 3 catches for a team high 50 yards and torched Giants linebacker Alec Ogletree for the teams longest play of the day.

still the best rb on the team pic.twitter.com/C48a6tGwyN

Riddick missed last week’s game and after the other three running backs in the Lions rotation put together good performances in the team’s preseason opener many began to believe that he was expendable. His performance Friday night should put those thoughts to bed as he reminded us that he may be the most talented back on the team.

Devon Kennard and Christian Jones were the two biggest signings the Lions made in free agency last Spring. While they both seemed like underwhelming singings at first, they both have shown that they can be the upgrade at linebacker Detroit has been desperate for. For the second straight week Kennard was the teams best edge rusher. Jones got into the action himself making a few early plays in the run game.

Neither are elite talents, but both provide a steady veteran presence in the second line of the defense – which is a lot more than anything we can say about the rest of the front seven.

Fixing the offensive line has been one of the main focuses of GM Bob Quinn over the past couple of seasons. While he has managed to bring in a variety of talent through both free agency and the draft it looks like everyone still isn’t on the same page. Matthew Stafford took a few early sacks and was under pressure more often than Detroit should be comfortable with. Kenny Wiggins and Graham Glasgow specifically had rough starts to the game. Overall the offensive line had a decent night, but a few glaring individual errors must be cleaned up in the coming weeks.

WR race is more competitive than we thought

While the top three receivers – Golden Tate, Marvin Jones Jr. and Kenny Golladay – have all locked up roster spots what happens beyond them could be interesting. TJ Jones was the easy favorite for the fourth receiver spot entering the week but an impressive night from Jace Billingsley throws a wrench into the mix. Billingsley had 3 receptions for 30 yards and while Jones did have a touchdown he was also responsible for a Matt Cassel interception. The two players have similar skill sets and having both on the roster at the same time would be redundant. Jones is still a strong favorite but Billingsley still has two weeks left to turn the tide.

Brandon Powell is a wild card for a potential fifth roster spot at receiver. The 5-foot-8 speedster has been a surprising star of the first two weeks of preseason. He is a great receiver on quicker, shorter, routes and is great at running after the catch. Powell also provides utility on special teams and has served as both a kick and punt returner. He is a long shot to make the roster as a gadget player at best, but he is definitely a name to remember as we wind down the preseason.

A’Shawn Robinson’s job may not be safe

It’s rare that projected starters play more than a few drives in preseason, and it is even more rare that they play into the fourth quarter. That is exactly what happened with Lions defensive tackle A’Shawn Robinson on Friday night. The 2016 second round pick seemed to have the starting defensive tackle role locked up heading into preseason but after a poor performance last week against the Raiders it’s clear the Lions coaching staff wants a longer look at him. His roster spot is still locked up but with the likes of Sylvester Williams and newly signed Ricky Jean Francois waiting on the depth chart it is possible that this in the first sign that he loses his starting role in the upcoming season.

The secondary is still great

The Lions secondary was the strength of their defense in 2017, and if Friday night was any sort of indicator it will be the strength of the defense once again this year. Corner back Darius Slay was arguably the best player on the field when he was out there. He racked up three pass break ups - including a touchdown saving one against Sterling Sheppard.

darius slay saves what should have been a TD to sterling sheppard (and gives us a finger wag) pic.twitter.com/SXM8pBMjWb

Glover Quin was his usual self in the back line and Tavon Wilson was exploding into the backfield to make plays in the run game. Even the often slandered Nevin Lawson looked great out there. Detroit’s secondary proved to be the stars of the show once again, and look like they will be the defenses lone hope this upcoming season.