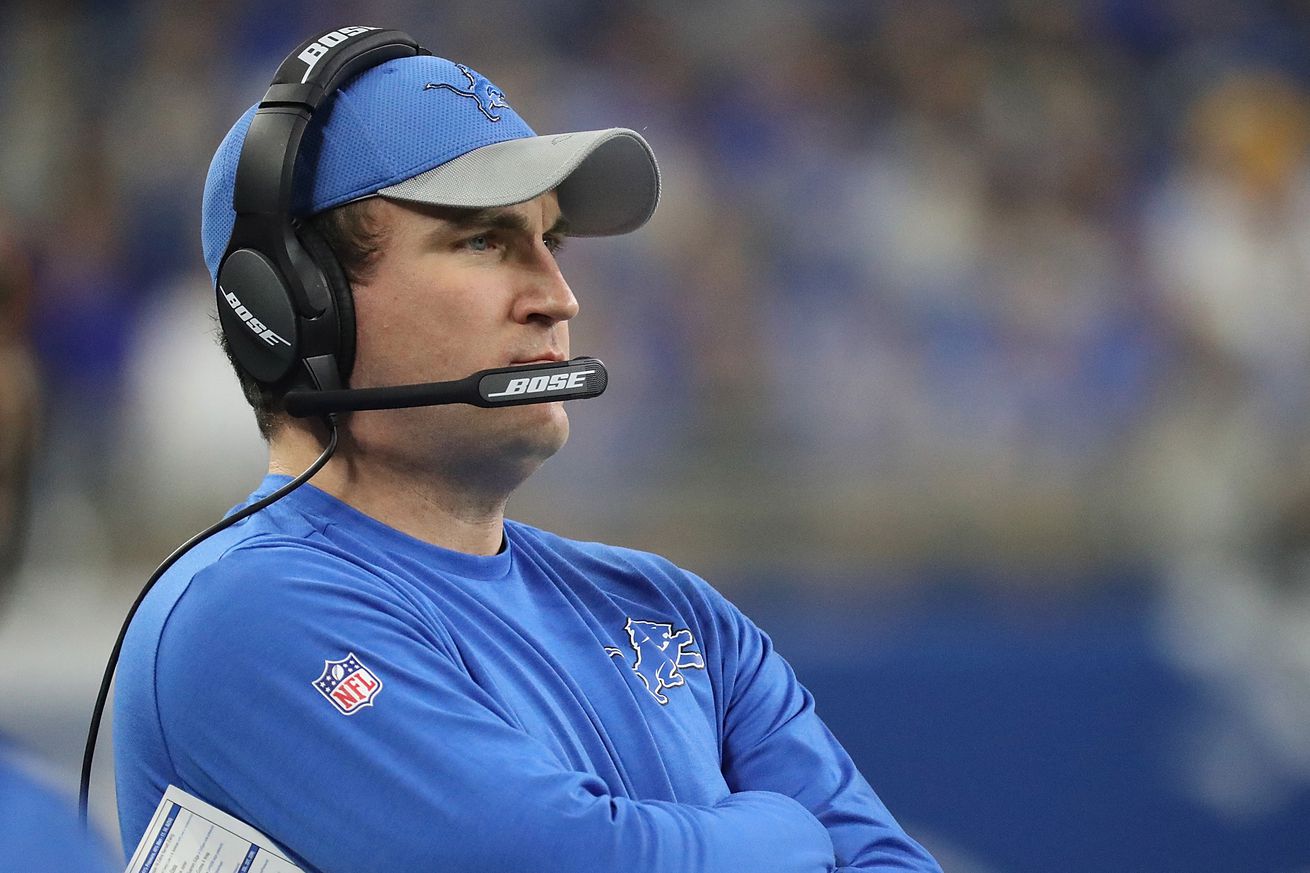 It doesn’t sound like the Lions OC has any current interest in joining his alma mater.

While we continue to wait as the rumors about Detroit Lions defensive coordinator heat up in regards to the Arizona State head coaching vacancy, it appears the Lions don’t have to worry (for now) about their other coordinator being poached.

According to NFL Network’s Ian Rapoport, Jim Bob Cooter will not be interviewing for the opening at his alma mater, the University of Tennessee:

With the University of Tennessee job still open, worth noting that #Lions OC Jim Bob Cooter, a UT alum, would be a candidate. But he won’t interview and will focus on Detroit, I’m told. His eventual goal is to be an NFL coach.

A few weeks ago after the Volunteers fired head coach Butch Jones, Cooter was asked if he was interested in the job opening, but he didn’t take the bait. “I’m locked and loaded on the Chicago Bears,” he told reporters.

This year, however, some of his luster has worn off in Detroit. While Matthew Stafford is still playing at a very high level and the Lions’ pass offense is certainly better than it was when Joe Lombardi was offensive coordinator, Cooter’s inability to improve Detroit’s running game remains one of his biggest failures. At the moment, the Lions rank 30th in yards per carry (3.4) and rank dead-last in short-yardage conversions.

The Lions’ issues in the running game—and by extension, the red zone—have resulted in a lot of Detroit’s fanbase calling for Cooter’s head. In fact, our own Kent Lee Platte suggests the Lions hire a run game specialist to fix the problems that remain unsolved by Cooter.

Still, Cooter is very young (33) and his chemistry with Matthew Stafford cannot be denied. This may be the first, but it isn’t likely the last rumor surrounding him and a head coaching vacancy this year.