The Lions made the right decision extending Jim Caldwell 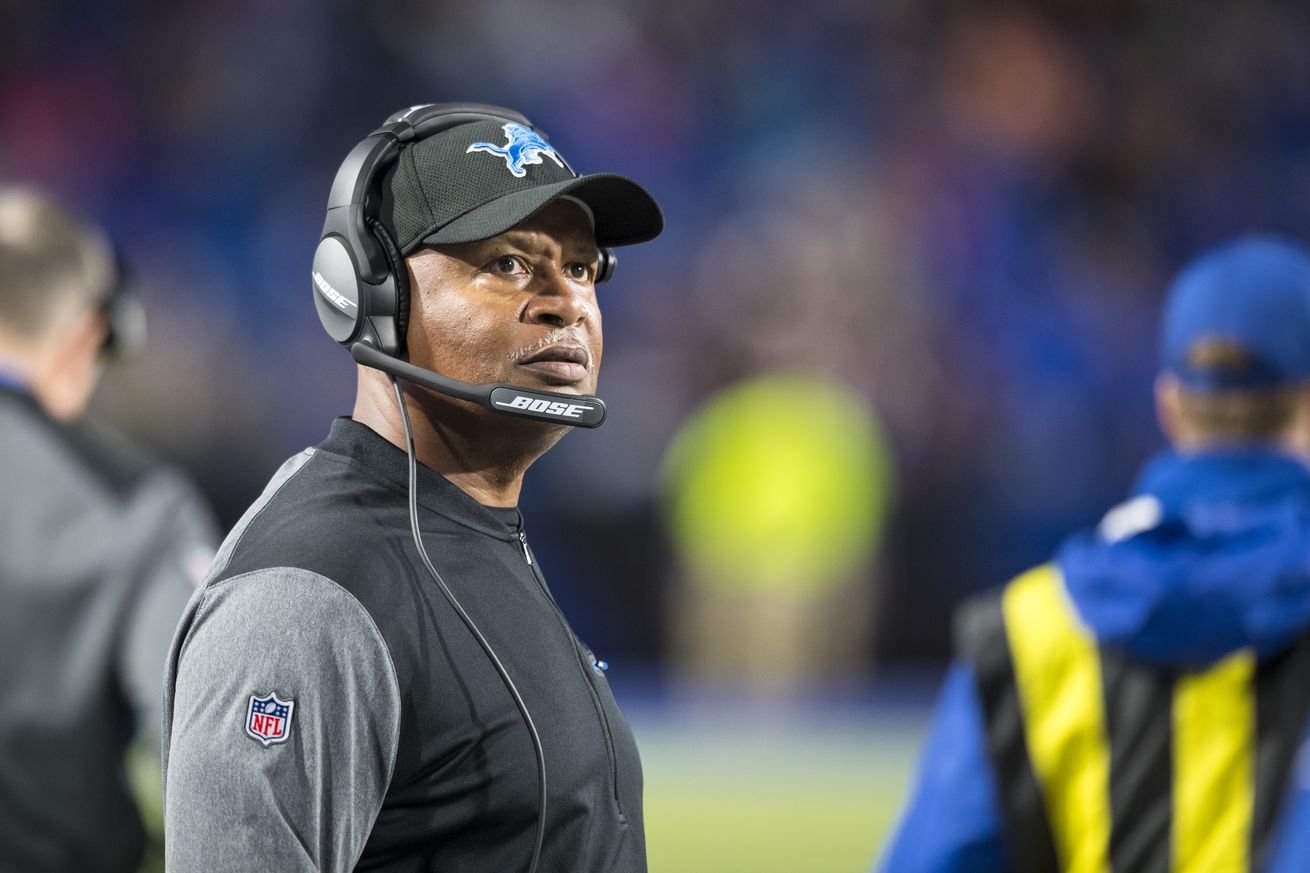 Unless you’re living under a rock or specifically paying attention to a current sports debacle, then you know it was reported on Saturday that Detroit Lions head coach Jim Caldwell signed a contract extension a couple months back.

Jim Caldwell’s multi-year deal was signed months ago, just not disclosed, per source. Deal silences speculation he was in last year of deal.

As Adam Schefter points out, this ends a lot of speculation that the 2017 season was a do-or-die year for Caldwell. The team has since confirmed a deal has been made, but has not released any specifics to the contract.

But what we do know is that this news is likely to cause a little division among Lions fans. There are many out there that feel as though Caldwell is not the man for the job, and that the Lions should cut bait and hire whichever coordinator or retired coach that pops into their heads.

Today I want to look at Jim Caldwell’s time in the building to see if hhe’s the man for the job.

Let’s start off with what matters most: Are the Lions winning football games? The stats say yes. Since taking over the head coaching job before the 2014 season, the Lions have gone 29-21 with two playoff berths.

And while they haven’t won the division, they’ve played for it in Week 17 two of the last three seasons. If the plan was to be competitive, then the plan is working. One of the biggest reasons why is the complete culture change in the building. A change that can be attributed to Jim Caldwell and Bob Quinn.

The players have bought into the system and bought into the culture. The Lions have never had a coach that the team totally and completely trust. Some may point out that it’s easy to get a team to buy in when your’re winning, and I agree.

But it’s very hard to keep a team bought in when you’re 1-7 and everybody is getting fired. Jim Caldwell did that. That 2015 season is the biggest proof that the Lions need this continuity in order to face any future hardships. Caldwell has proven he can help this team weather the storm.

Jim Schwartz couldn’t hold it together, neither could the seven previous coaches the Lions had during the 2000s. This is why Caldwell has to stay. Don’t believe it yet? Let’s look at numbers. We’ll start at the most important position.

Remember this guy? This was Matthew Stafford during the Jim Schwartz era. An erratic mess that specialized in chucking it down field and trying to do too much.

I’ve often looked at Stafford like an electrical appliance in need of repair. Early on in Stafford’s career, he was like a half-functioning blender. You know the kind that can make smoothies, but you could only use certain fruit because the blade couldn’t cut through most. The kind of blender you would never throw nuts into.

Enter Jim Caldwell. Now Jimmy is a certified blender mechanic. He helped the Colts fix their blender a few years earlier and that blender became one of the best ever on the market.

Caldwell actually brought video of Stafford into his job interview, and then proceeded to show how he could help improve him. He essentially took apart the blender, changed out all the wires and put in a brand new blade. Now the Lions have a blender that can make any kind of smoothie you want. You can even add nuts. Here, take a look at the stats.

It’s pretty clear that Jim Caldwell the blender repairman was able to turn a home blender from Sears into chef quality Vitamix blender. Are these appliance references doing anything for you?

What about the defense?

Thanks for asking, Mike. The Lions defense has improved in many facets under Caldwell. None more noticeable than stopping the run. In fact, the Lions have only allowed six running backs to run for 100 yards or more on them since 2014. You can see things like that pay off in the year averages.

With the exception of the 2015 season, where the Lions got bombed on through the air, the Lions defense has improved against the pass as well. Through just over three years, the Lions are allowing almost 1,000 fewer passing yards per season. These are great improvements that’s shown their effect in the win column.

Based on what we’re seeing here, Jim Caldwell is definitely the man for the job right now, but his work is far from done. the Lions still have a lingering run game issue that have been an issue since 1999. If Caldwell can be the one to fix that, it’ll bode well for him if he wants a far more lengthy stay.

Under Jim Caldwell, the Lions have made great strides. They are a team that is no longer the laughing stock of the league, and they are are now expected to compete and can compete. But regardless of those accomplishments, Detroit is still a team that hasn’t won anything beyond regular season games.

That’s the one thing that Lions fans who don’t support Caldwell can still argue. And frankly, they’re right. If Caldwell can’t lead the Lions to significant wins during the season or in the playoffs, the Lions will have to find someone who will.

Until that time, everything under the sun points to Caldwell being the right coach for the Lions. Let’s all see how this season unfolds.

The Lions made the right decision extending Jim Caldwell