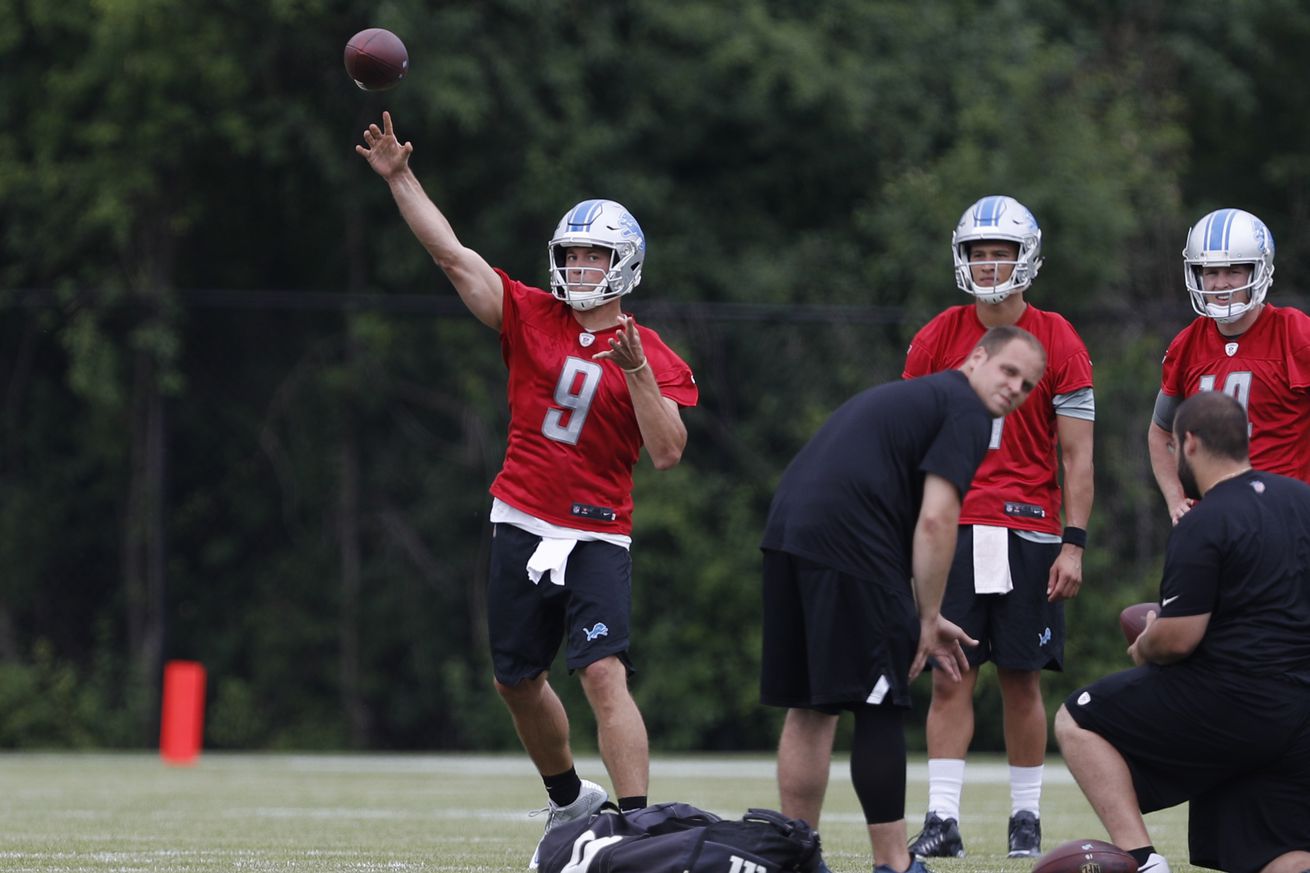 Taking another look at the longstanding Stafford vs Winning Teams narrative

Matthew Stafford is 5-46 against teams with a record over .500 in his career.

I must first address J.R. He is a good guy that just happened to get a lot of flack on Sunday after I addressed this tweet. I’m not sure J.R. was trying to make any kind of take here. This was simple observation. But it triggered my “quarterback wins is not a real stat” sense really hard.

Let me quickly touch on that, because it has a lot to do with today’s piece. Quarterback wins is not a real stat. It is frequently perpetuated by the media and some analysts here and there. But the majority of football fans, writers and analysts realize that football is a team game. There are 53 men on a roster that fill in 22 different positions over the course of a game.

It's real. Ur just bitter

What does it say about Matthew Stafford?

Once again, if you’re willing to foolishly believe for a moment that one man can beat an entire football team by himself like he’s Gaston from Beauty and the Beast, then Matthew Stafford is a really bad quarterback.

When you look at the 5-46 stat, it looks like Matthew Stafford is incapable of beating teams that are better than .500. And if you’re inclined to believe that, then you’d have to believe that Stafford plays horrible against winning teams. But does the stats support that theory?

That’s nowhere near as bad as you thought it would be, right? It’s not all that great either. I’m not sure the full story is told here. So I took out Stafford’s first two years that were a complete waste and started from 2011. Let’s see how that changes things.

A little better. What these stats show is Stafford’s play isn’t a gigantic train wreck in games against winning teams. It’s not super great either, but it’s not making the full difference between winning and losing.

Let’s see what a comparison would look like here. Let’s take Aaron Rodgers for example. How does Aaron play against winning teams?

Yesterday I talked on my Twitter about finding some interesting things about Aaron Rodgers in my stat finding. This is it. What was interesting to me was that here’s a guy that’s considered to be the best quarterback in the league, and he doesn’t appear to do all that much in these games. Yeah he’s accurate, but for the most part, he’s plain Jane. A lot of games with one touchdown. That’s his style.

It’s not that it’s bad and I’m not knocking Rodgers, I just expected to see so much more here. In any event, it’s still better than Stafford.

Touching back on quarterback wins being fake

One important thing that I want to mention here is this: You can get the general idea of how the offense functions against winning teams, and it’s not all that bad. But take a look at the Lions defense against these teams.

But what about other quarterbacks? Are they bad against winning teams?

If they are, There’s no doubt that Matthew may be one of the worst. Which is sad. But how does he compare to some of the best quarterbacks in the NFL? Well I decided to find out.

What I did was pick what I deem to be the top 5 quarterbacks in the NFL. Here’s their records against winning teams.

So you can see that Stafford is not alone when it comes to losing to winning teams. The internet and the media would have you believe otherwise, but here it is. Drew Brees, who I’ve compared Stafford to on a million occasions, has about what I think Stafford could end his career with. Brady is not human and Aaron Rodgers is meh.

This is clearly not just a Matthew Stafford problem. If you didn't know by now, it’s really hard to beat a team on the road. That’s regardless of whether they are a winning team or not. It’s just not an easy thing to do.

Again, I don’t mean to pile on Mr. Rodgers, but as you can see, he’s not too far ahead of Matthew in this realm. Russell Wilson and Tom Brady come out smelling like roses. Get used to that.

Let’s take a look at how these guys are in their own building.

Man! Stafford really needs to get better at Ford Field. Beating winning teams at home doesn’t seem to be an issue for anyone other than Matthew Stafford. That sucks to hear if you’re a Lions fan.

At the end of the day

What did we learn today? The same thing we’ve known all of our lives, yet cannot apply to the NFL for some odd reason: Football is a team sport. It’s really easy to blame the guy on the team that makes the most money and plays the most important position.

How anyone can look at the Houston Texans of 2016 and think that quarterback wins is a real thing is far beyond my comprehension level.

Matthew Stafford deserves part of the blame. As does Aaron Rodgers, Drew Brees, and so on and so forth. The one plus to consider is that Stafford is still young. And he has shown great improvement through the past few years. The other good news is that the Lions appear to be running like a successful organization for once. Instead of the usual Blockbuster video method that thy were running on for the better part of forever.

One has to wonder when guys like Don Muhlbach, who has graced the cover of Seventeen magazine by the way, will get the due that’s coming to them.