Jarrad Davis: “I’m going to sacrifice everything for the benefit of the team” 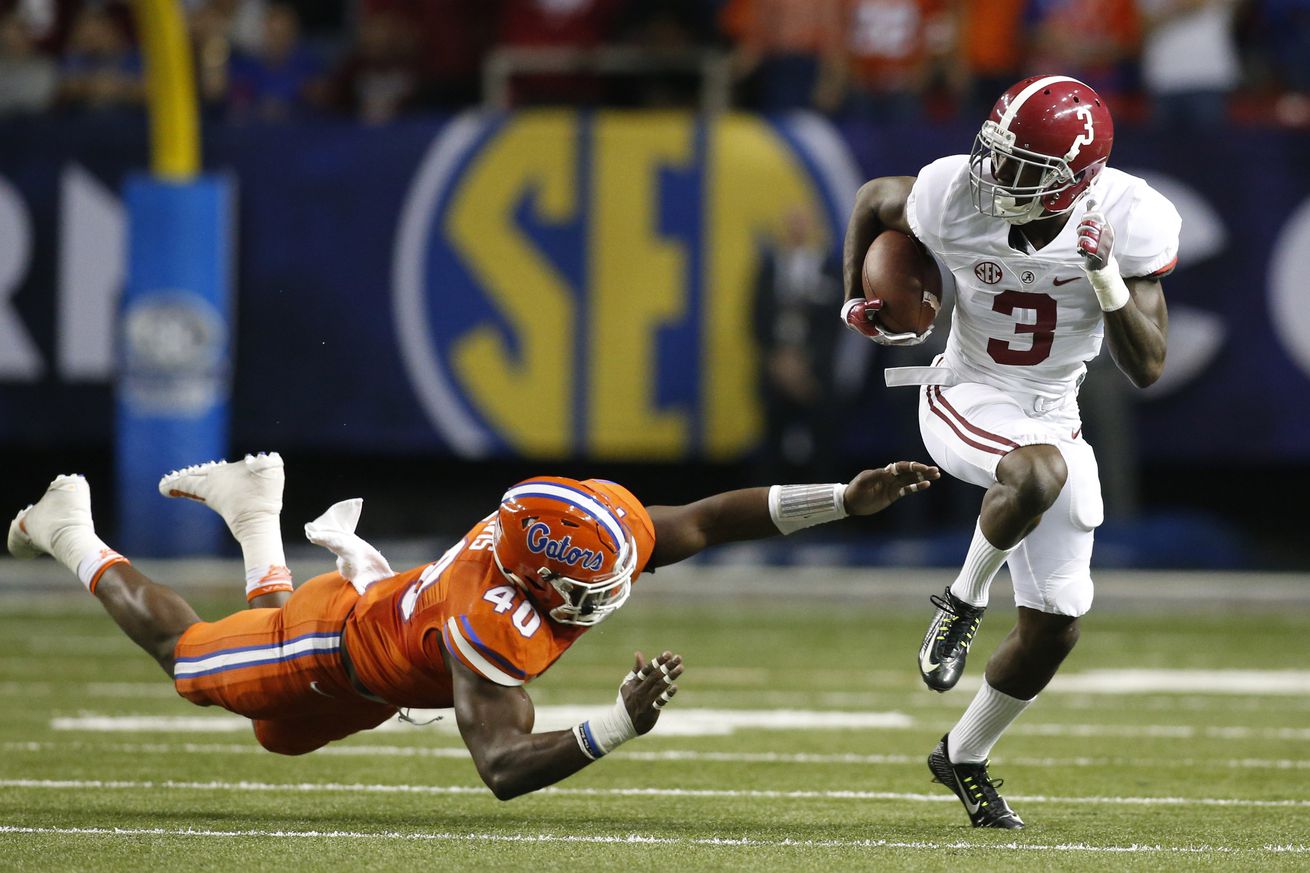 Check out the full transcript of Jarrad Davis’ post-draft teleconference.

Jarrad Davis wasn’t at the NFL Draft in Philadelphia when Roger Goodell announced his name on Thursday night. He was surrounded by family and loved ones in his home state of Georgia. He had no interest in being the center of attention or being interviewed by Deion Sanders in the moments after being selected. “I’m not a guy who’s going to come in and try to steal the spotlight,” Davis told Detroit Lions reporters on Thursday night via teleconference.

A Comparison of the Environmental Imp…
If I Had To Get Sober Again, Here’s W…
CBD 2020: What to Expect + Our Top Pr…
28% of Americans are Free to Smoke Un…
21 Most Instagrammable Places In Peru…

If there’s one thing we learned about Davis’ short time with the media, it’s his willingness to sacrifice personal accolades for the greater good. “I’m a guy who I’m going to sacrifice everything for the benefit of the team.”

Davis showed an equal amount of humbleness and excitement in his words Thursday night. We’ll hear (and see) more from Davis on Friday, as the Lions will introduce him to Detroit at 2:30 p.m. ET, but here is the full transcript from his teleconference Thursday night (provided by the Detroit Lions):

On how surprised he was when he received the call from Detroit: “I didn’t know what to say going into the draft, man. I was really excited to just sit down and be able to watch it like I usually do. You know, just be able to really take things in and just appreciate the time with my family. This is a big moment for me, just being able to be considered a guy who could be taken at this point. I don’t know, man. Just blown away by the fact that I was picked by the Detroit Lions.”

On who called him to inform him that he had been selected by the Lions: “Bob Quinn called me. He just let me know that they were very interested in me and that I was going to be a Detroit Lion. And then I went and got on the line to Coach Caldwell and also got a chance to talk to Mrs. Ford as well. So it was a really good conversation to talk to them. It was loud in the background, had a lot of stuff going on. But at the same time, I really appreciated them, you know, just making the selection, making their selection on me.”

On if he had a good feeling about the Lions after the team flew down to meet him for a private workout: “They were really good. I really liked it. I really appreciated them for coming in and spending time with me. You know, there are so many other athletes across the country that they could have probably gone to see. For them to come and sit down and talk to me and really break down what they do, and then how they see things going with their organization, to make me a part of it is very special to me. So I really appreciate them and everything that they did.”

On how long he has been following the NFL Draft growing up: “Honestly, I’ve been watching the draft since I was a – It’s been a long time, man. I’ve been watching the draft for a long, long time. Just being able to see it every year and just sit at home and watch it and being able to really accept the moment for what it is and see guys who have worked so hard and have it all pay off that one night, on this one night. It’s really special. Leading up to this year, for me to be in it this year is just a complete blessing, man.”

On if he ever envisioned as a kid that he would one day be drafted: “Honestly, I didn’t envision myself being in the draft until maybe, you know, when I committed to Florida, when I came to Florida as a student-athlete. I knew once I came to a school like that I really knew that I wanted to be one of those elite guys and be able to have the opportunity to put myself in this position. I don’t know, man. Being able to watch it, it almost felt like it was unreal, you know. In my younger years, it was almost like it was a task that was almost unreachable. But as years went on and the harder I worked and the older I got and the closer I got to this point, it became more and more realistic. So just the type of person I am, the work I put in, I knew that I helped myself out a lot in order to get me in this position I am.”

On what he brings to the Lions defense: “The biggest thing, man, not only as a linebacker, but as a player and as a teammate I bring that hard-work mentality. I’m a guy who I’m going to sacrifice everything for the benefit of the team. I’m not a guy who’s going to come in and try to steal the spotlight. I’m a guy who’s going to come in and fit the mold and work with the program and make sure that I also push everybody else.”

On how he envisioned his name being called on draft night: “I really envisioned walking across the stage, but the older I got, the more and more I knew what to expect out of the draft. So the biggest reason why I stayed home was because to just be able to do it the way I’ve been doing it for so long. I’m a guy that’s really big on routine, man. And watching the draft from the house is a big, big benefit.”

On which positions he played and enjoyed the most at Florida: “I played the MIKE and WILL (linebacker), so I came in as a freshman and I had to learn the MIKE and WILL position and just continuing to play. I was comfortable with both of them and then I played more MIKE. I played the strictly MIKE all the way through my junior and senior year. Being able to play that and just leading the defense and having an opportunity to make almost every play, every snap being in the middle of the defense, it was a position that I really enjoyed and I really thrived.”

On his ankle recovery process and if he knew he would be a first-round pick: “The process was tough, man. The process was really challenging, but it was something that I want to say battle tested me. It was something that really showed me what I had deep down inside. A lot of times when guys my age and even myself, you almost forget what you have in you when you’re down for so long, you know? It’s easy to stray certain ways and do certain things that you’re not supposed to do, but at the same time I knew what got me to the point I was at. So I stuck to that even through my injury and I made sure that I wasn’t just helping myself out by getting back right, but also helping my teammates and that made the process go by a lot smoother. And throughout the offseason I was very eager to get back to work to better myself to build my body and show the coaching staffs across the country that, ‘Hey, I’m a guy that I haven’t lost a step. I’m still the same guy that you all see on film.’ It was a very challenging process. It was something that I really had to battle myself with and just make sure that I took it one day at a time. And being able to really just push myself to the end and get to the point where I am now is just a testament to the people who raised me, the way I pushed myself the last four years.”

On what he thinks about playing in a cold-weather city: “I knew that was coming and I was waiting on it. I’m excited. I’ve only seen snow one time in my life and that was at my grandma’s house in South Carolina and I’m ready for it. Honestly, I’m a fan. I wish it would snow every day, but we all know that’s not true. I’m excited, man. I love playing football and it’s one thing I know from playing at Florida, training in the heat is unmatched. So, maybe in the offseason I’ll be down in Florida working out and make sure that I’m getting what I need, but teams that play in the hot weather, they don’t like coming to the cold.”

Jarrad Davis: “I’m going to sacrifice everything for the benefit of the team”