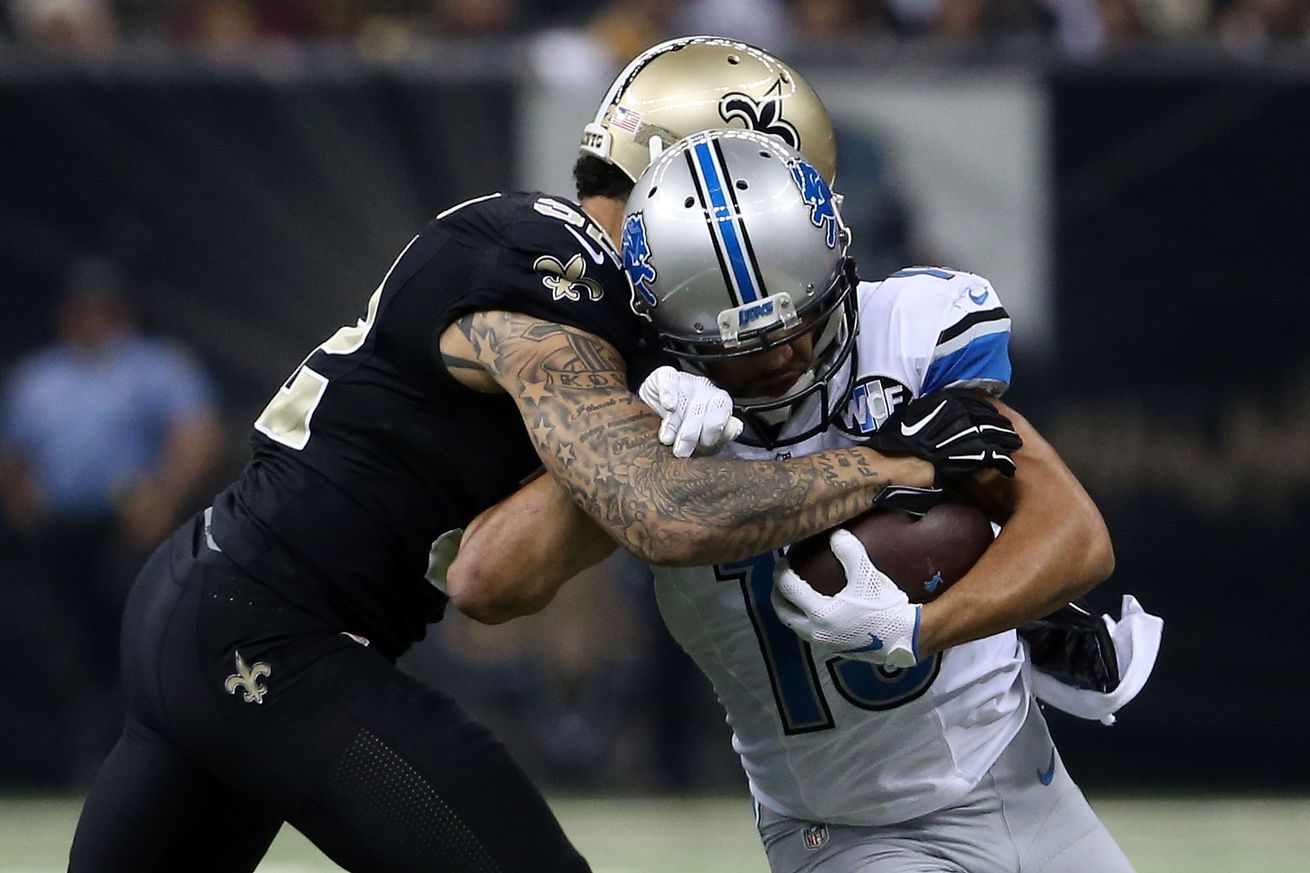 The first practice reports of the season are out, and the Detroit Lions are looking fairly healthy as they prepare to face the Indianapolis Colts. The only Lion who had any reduced status during practice was Golden Tate, who was limited with an ankle injury. In contrast, the Colts are already looking at four players who did not practice on Wednesday and six who were limited.

However, according to ESPN reporter Michael Rothstein, the injury to Tate does not appear to have slowed down the wide receiver in any significant capacity:

FWIW, Golden Tate looked OK while watching him in drills today, so this is either something new during practice or it isn't a huge issue.

Of particular note for the Lions in full practice was Eric Ebron. Although listed with an ankle injury, Ebron participated in full routines on Wednesday, signaling that the tight end is liable to start Week 1. During training camp, Ebron went down with what appeared to be a gruesome injury and was reported by some sources as an achilles tear. Those rumors appear to be fully disproven at this time.

For the Colts, owner Jim Irsay has already confirmed at least one of their injured players, guard Jack Mewhort (knee), will be out against the Lions on Sunday. Quarterback Andrew Luck also appeared on the injury report with a shoulder injury and was limited in practice on Wednesday, which appears to be a surprise to a few NFL reporters. The full reports follow below.