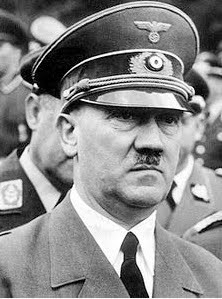 What the hell is it about the twentieth of April anyway. For generations now the 110th day of the year has been a source of fascination bordering on … well, not bordering on anything so much as tipped over into obsession. For numerologists, the number 420 has meant deception, fraud and subterfuge. Fans of nursery rhymes point to the line in “Sing a Song of Sixpence” (four and twenty black birds baked in a pie”). Fans of rock point to Stephen Stills plaintive “4+20,” what you get when you multiply the numbers in the title of Bob Dylan’s “Rainy Day Women #12 and 35.”

For the rest of us, the date April 20 usually, or at least often, comes to three things:

There’s Adolf’s birthday. Yes, even demons have birthdays. The enduring symbol of how the cult of personality can be twisted into monumental evil was born this day in 1889, in what was then Austria-Hungary. The rest is history more ably recounted elsewhere, and lived, to one degree or another, everywhere. It’s a comforting idea, the idea that by common consent any associations between Adolf Hitler and April 20 could be expunged from the record of our collective memory, the better to reinforce his expulsion from the garden of humanity.

But thanks to white supremacists a lot like those who descended on Los Angeles over the weekend for a thwarted demonstration at City Hall, or those who offer the Fuhrer hosannas on his natal day via Stormfront and other deep-extremist Web sites, the link between Hitler and April 20 is pretty much indelible and immovable, ready to inspire people to madness where you least expect it.

Like at Columbine High School in Littleton, Colo., 11 years ago today, when Eric Harris and Dylan Klebold, two seniors in black trenchcoated disguise, walked into the school cafeteria and shot and killed 13 people — 12 students and a teacher — with a stockpile of shotguns and pipe bombs, before turning the weapons on themselves.

It’s not clear if the Columbine killers had any specific affinity for Adolf Hitler. They clearly admired his work, and the fashion sense of the SS. And they had a grimly powerful read of how one brutal action can ring into the future for years, whether it’s one decade ago or 60 years in the past. 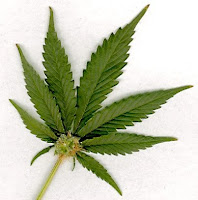 Happily, we can thank stoner culture for another reason to remember 4/20. In 1971, a group of high school students in San Rafael, Calif., decided to gather one day after school at 4: 20 in the afternoon to smoke marijuana while searching for … a missing crop of marijuana thought to be growing near Point Reyes. Ryan Grim recounts their exploits in today’s Huffington Post.

Since then, herbal aficionados have gathered on 420 to celebrate cannabis culture and the increasingly confident movement toward decriminalization of marijuana. (My alma mater, the University of Colorado at Boulder, celebrates the day in high style; more than 10,000 students showed up at last year’s celebration. This year’s turnout? Depends on who you talk to.

From the Colorado Daily:

The university estimates that 8,000 people showed up for Tuesday's unofficial smoke-out, about the same number as last year, said Bronson Hilliard, spokesman for the Boulder campus. Police officers took the rough crowd measurement while standing on a top floor in Norlin Library so they could get a bird's-eye view of the quad, he said.
But Alex Douglas, executive director of the CU chapter of the National Organization for the Reform of Marijuana Laws, estimates there were at least 15,000 people assembled on [Norlin Quad].

Whatever their actual number, we can thank this group of necessary yahoos for rescuing April 20 from being the downer that history says it should be.

“April is the cruelest month,” T.S. Eliot wrote in “The Waste Land.”