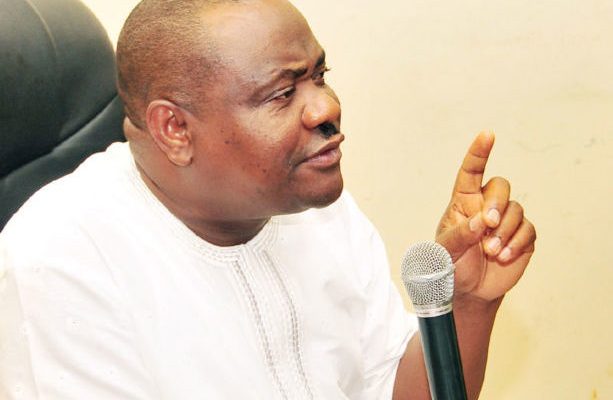 Rivers State Governor, Nyesom Wike has berated the All Progressives Congress, APC, in the state for organizing another stakeholders meeting with Acting President Yemi Osinbajo, a day after the town hall meeting held in Government House.

Governor Wike expressed his displeasure while receiving leaders of the APC from Ogba-Egbema-Ndoni Local government area led by Chief Ofili Enebeli, who were defecting to the Peoples Democratic Party, PDP.

But you know Satan will never sleep. Lucifer will always stay awake. Anywhere Satan sees light, he will always want to turn it into darkness.

You are all aware that the Acting President came and held a stakeholders meeting with all of us irrespective of affiliations. Even the Minister of Transportation was there. But as you know, chameleon will always be a chameleon.

Just because the Acting President decided to stay in Rivers state Lucifer went on rampage. I had no problem with the fact that Prof. Osinbajo wanted to hold a meeting with his party member. They are all members of APC but I was surprised that a meeting they tagged APC stakeholders meeting turned out to be something else.

They left what they gathered for and started making demands for the people of Rivers state. Who sent them?

If I were them, they should go for psychiatric test. I have never been treated by a psychiatrist. I don’t even have one as my Doctor but when your personal Doctor is a psychiatrist, then you should know there is a problem.

I don’t want to talk about what his boys (Dakuku Peterside and Magnus Abe) were saying but I was happy for one thing. I was happy that the Minister of Transportation could not believe his eyes when he came into Government House. It was like a paradise. When he came to the Presidential lodge, he couldn’t believe it.
“Remember this was a man who said over his dead body will I become a Governor but he entered my car, my 7 BMW series with the acting president.