All I want is for my husband to succeed - Aisha Buhari 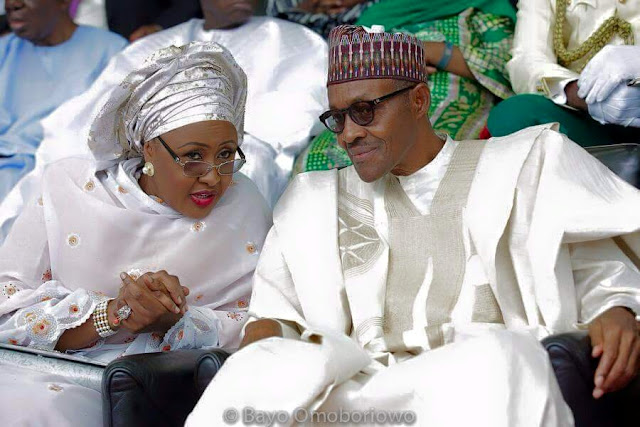 Wife of the President, Mrs Aisha Buhari, who recently criticized the appointments of some persons she alleged did not contribute to her husband’s emergence as president in the 2015 elections but have hijacked the government, has declared she is interested in the success of her husband’s administration.

She had earlier in the interview expressed her frustration about “the way things are going,” declaring “I am not happy. It was people that brought the government into power.

More than half of those people are not appointed into the government. Some people that are not politicians, not professionals, were brought into government. They don’t even know what we said we want and what we don’t during campaigns,” she said on the BBC Hausa service.

Both the interview and the President’s response in Berlin, Germany, drew mix reactions from across Nigeria, fueling speculation of likely cracks in the first family.

But in what appeared like a response to the heat generated by her interview and apparently her first public reaction, Aisha said yesterday at Beneshiek, headquarters of Kaga Local Government in Borno state, that her interests lie in the success of President Buhari’s government.

“What I am after in particular is the success of my husband’s administration and he can’t do it alone except with the help of the governors, their wives and all members of our progressive party,” she declared at the flag off of nutritional foods and household utensils to Internally displaced persons who recently returned to their communities.

Looking calmer and smiling throughout the occasion, Aisha advised wives of political leaders, governors, legislators, local government chairmen and counsellors to work closely with their husbands for the well-being of the people.

She explained that the distribution of the food items and other relief materials for the returnee IDPs was sourced from donations by well-meaning Nigerians through her recently launched ‘Get Involve’ programme under her Future Assured project. She stated that the launching of the Get Involve “consolidated and united” Nigerians even as she thanked those who made donations for the programme, saying the people of Borno appreciate their gesture.

She said she was happy that the flag off of the food distribution took place, noting that it was in fulfillment of her husband’s campaign promise to resettle displaced victims of Boko Haram insurgency and rescue all citizen abducted or held by Boko Haram including the Chibok girls.

“We thank almighty Allah that we have started fulfilling some of the campaign promises that we made. This is the essence of leadership; you make a promise and then fulfilled it. We thank my dear husband who make sure peace is returned to the northeast states,” she said.

Wife of Borno State governor, Nana Shettima commended Mrs Buhari for the distribution, adding that it was the third time the First Lady would visit the state to attend to the humanitarian challenges of Borno people. She assured that she will continue to collaborate with Mrs Buhari’s Future Assured project through her Support for Widows, Orphans and Tsangaya (SWOT) programme.

All I want is for my husband to succeed - Aisha Buhari