How to tell if your partner is cheating on you 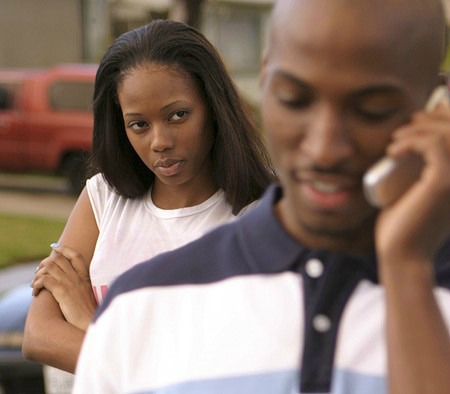 An experienced private investigator has revealed the simple ways to tell if your Partner is cheating on you.
Director of the Heartbreakers private investigations firm Luke Athens said if you suspected you were being cheated on, you probably were.

Cannabis Social Media Marketing
Buying Tickets For the Eiffel Tower i…
Biden-Harris Administration Announces…
Brunch With Me and Grow
'When it comes to determining whether or not your spouse is cheating, your intuition is the most powerful tool you possess,' the Sydney-based investigator said.
Intuition aside, Mr Athens said there were a number of simple steps you could take to find out if your partner had strayed.
In tips published by Mailonline ,he said he first was keeping an eye out for any unusual travel arrangements, he said.
An easy way to spot if they were lying about where they were going was to note the odometer on their car and whether the distance travelled added up to where they claimed they had been.
Mr Athens also recommended watching for any unusual items showing up in your rubbish.
'Bins hide a lot of clues about what someone has been doing and where,' he said.
'If there's a receipt from a dinner for two at a nice restaurant, or an empty packet of condoms, these clues can give you a good indication of someone's activities.'
Mr Athens said if a partner was cagey about leaving their phone out of sight, it was another likely sign they were cheating.
'There's no doubt most people are attached at the hip to their mobile phones these days, however if someone never leaves it out of their sight there's a good chance they are up to something.'
Mr Athens said joint bank statements could also provide useful clues to unfaithful behaviour.
'If you share a bank account, sift through the statements for any purchases that stand out.

'Cheating partner will often need to purchase condoms, men are likely to buy Viagra and women a bottle of wine so items like these should stand out if you pay particular attention.'

Another sign to watch out for was if your partner had changed their well-trodden schedules all of a sudden.
'Most of us are creatures of habit,' Mr Athens said.
'So if you notice your partner is all of a sudden staying back late at work every night, or are scheduling social activities at all hours of the day, this is something to take note of.
'Also, if they don't ever invite you to join them, or claim to be swamped at work yet still arrive home cheerful and fresh, the odds are there is more going on than they're letting on.'

How to tell if your partner is cheating on you