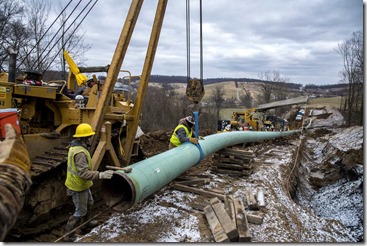 Opponents of the Mariner East pipelines urged Pennsylvania Gov. Tom Wolf and the Public Utility Commission on Saturday to permanently shut down the troubled project, extending a current halt in one Chester County township to the entire 350-mile line.

A Comparison of the Environmental Imp…
Vechain Blockchain Technology Powers …
Remembrance Day, as Seen Through the …
Best Places Where You Can Plan Your D…
Afraid or not, life still marches for…

About 150 people rallied outside Chester County Courthouse in West Chester five days before the PUC is expected to decide whether to uphold a judge’s ruling to suspend construction of the Mariner East 2 and 2X lines in West Whiteland Township, as well as to halt operation of the existing Mariner East 1 pipeline in the same location.

The protest seized on the May 24 ruling by Administrative Law Judge Elizabeth Barnes to urge the authorities to shutter Sunoco’s multibillion-dollar project, which critics say threatens public safety, environmental quality and property rights.

And they said a water contractor’s strike on the buried Mariner East 2 line near an elementary school in Delaware County last month is the latest evidence that Sunoco is building the pipeline with little regard for regulation or safety.

Authorities confirmed last week that an excavator scraped the line some three feet above the depth that Sunoco had told the contractor, according to PA OneCall, a nonprofit that informs contractors about existing underground infrastructure.

“They have now been confronted with a new crisis,” said state Sen. Andy Dinniman, a Chester County Democrat who is an outspoken opponent of the project. “If Sunoco told them nine feet and they hit a pipe, that means the whole OneCall system is potentially compromised, which is an inherent danger to everyone including the workers of these other companies.”

Dinniman said the pipeline strike makes it more likely that the PUC, which is responsible for pipeline safety in Pennsylvania, will uphold at least some of Judge Barnes’s order granting his emergency petition for construction to be halted until officials confirm the line’s safety in the township.